Fans of the beloved 1980s sitcom have been stopping by the the iconic "Full House" in San Francisco to pay their respects to actor and comedian Bob Saget who passed away on Sunday.

When you think of those opening credits your mind may go to the Golden Gate Bridge or the Painted Ladies, but the Tanners' fictional home is actually about a mile away on Broderick Street.

At the bottom of the front steps on Monday were bunches of flowers and a loaf of white bread.

"I grew up watching Full House," said Babette Hofacher. "I'm 29 years old, so I feel like I grew up with that generation. It was just a really part of my childhood. This big happy house in San Francisco and being able to actually have a physical house to see it kind of made us feel closer to the show."

"I used him as an example exactly of how to raise my daughter and that's why she turned out so well," John Hofacker told KCBS Radio. 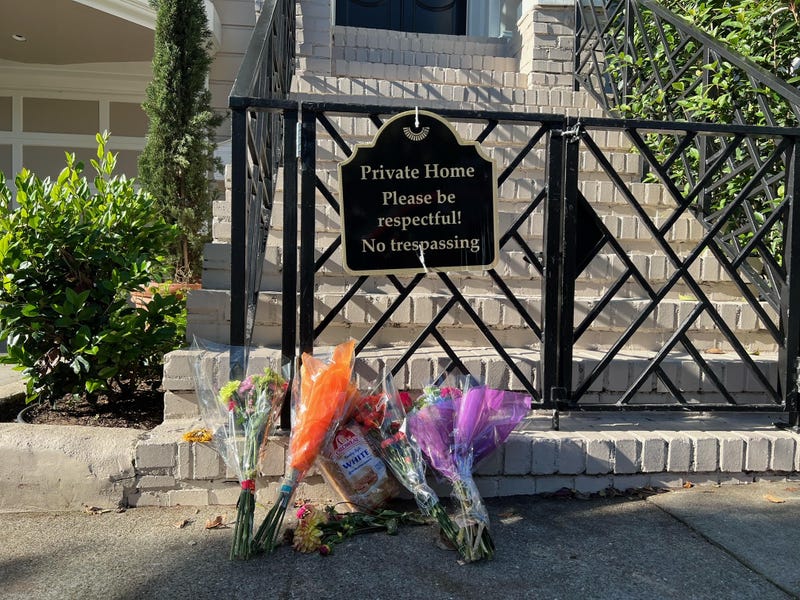 "I remember just growing up and watching 'Full House' a lot and I just think it's very sad that he had to die so young." When Estlund heard the news of Saget's death, she made sure to stop by on her last day in San Francisco.

"What sticks out about him is that he had to raise three girls," she added. "Of course, he had help with Joey and his brother. But my dad also had to raise me and my sister, so he kind of reminded me of my dad a little bit. He was kind of goofy, kind of tall."

Saget, 65, was found dead lying face up on his bed in a Florida hotel room with no signs of trauma, according to a sheriff's office report released on Monday. A cause of death is yet to be determined.