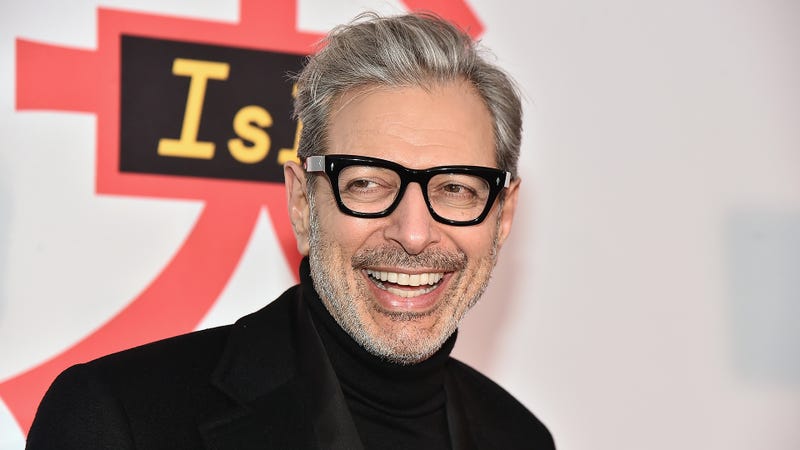 On the latest episode of comedians Dana Carvey and David Spade's Fly on the Wall podcast, the Saturday Night Live alums spoke with quirky actor and musician Jeff Goldblum about a wide range of topics, including performing hosting duties on SNL -- twice -- and how he believes another shot is deserved.

LISTEN NOW: Fly on the Wall with Jeff Goldblum

Jurassic Park star and jazz enthusiast Jeff Goldblum fondly remembered working with David Spade on SNL, specifically the 1993 "Karl's Video" sketch which he was a part of. Spade is humble about his own performance in the sketch and admits being nervous as a new member of the cast, but says he appreciated Goldblum's laid-back acting style and found that it helped calm him down. "Not as I remember it," says Jeff. "You've always been a spectacular actor. I loved doing that. I don't know if you would call it nervousness but I was on alert doing that show, and I wish I could now. I'll bet I would see that and think I could do it better now because I keep getting a little more something-or-other, but I try to improve."

Dana Carvey, as all Goldblum fans certainly will, remembers Jeff's iconic laugh in the first Jurassic Park flick and wonders whether he was putting on some kind of Elvis affectation during the helicopter arrival scene. "I don't remember that I was doing anything like what I thought of consciously as a roar or anything," Goldblum says with a laugh. "I've seen that scene and I know I laughed in some kind of gurgly way or something... now that you mention it I think I was coaching with Roy London back then -- jeez, what a wonderful guy he was -- and he had subversive, unexpected, un-clichè ideas to offer. I loved Steven Spielberg on that, I remember feeling alive and excited and full of creative juice of one kind or another!"

Spade also studied with London, as well as his protegè, Ivanna Chubbuck, and credits both, as well as Goldblum, with his own growth in the acting field. "When I saw someone like you in something like 'Jurassic Park,'" he says, "it gives hope to someone that's just a comedian that wants to go into that world. You could be in this big movie that's not a comedy, but having someone come in there and lightly weave in some comedic moments is so important, and you do it so effortlessly... it really puts layers in that movie that's so good. One more reason it's a great movie."

Jurassic World: Dominion, set to hit theaters on June 10, is the sixth film in the franchise and the third in the Jurassic World series, and features original stars Laura Dern, Sam Neill, and of course, Jeff Goldblum.

Listen to the full episode featuring Jeff Goldblum -- now playing on Audacy -- as Cadence13 invites you to be a Fly on the Wall with Saturday Night Live alumni Dana Carvey and David Spade behind the scenes as they reminisce about their most memorable stories and moments with friends of the show. In each episode, you’ll hear from your favorite cast members, hosts, writers, and musical guests as they share never-before-told stories about their careers.

Plus, listen to all of your favorite music on Audacy's all-new stations like Conscious Hip Hop, Let's Get Social, K-Bops, Don't Metal In My Affairs, Collabornation, Audacy New Country, Wake Up and Rock and ALT Roots -- and check out our talent-hosted Ed Lover's Timeless Throwbacks, Kevan Kenney's Music Discovery, and so much more!