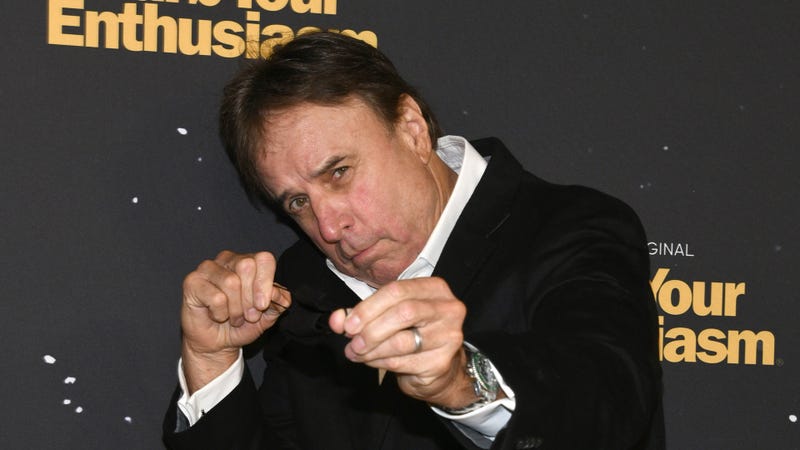 This week, Fly on the Wall podcast hosts Dana Carvey and David Spade sit down for a chat with fellow comedian Kevin Nealon, who is releasing his new book, 'I Exaggerate: My Brushes with Fame,' on October 25.

Nealon starred in NBC's long-running sketch series from 1986 to 1995, during what some may call the peak of SNL, sharing overlapping years and numerous memorable characters with both Spade and Carvey. Looking back on their time, Kevin remembers showing up for his audition and immediately feeling tired when he walked into the studio, "because I used to fall asleep watching that show," he jokes. "It was an association thing."

The audition process, Kevin says, was anything but typical. Although he and David had worked on a few "unbaked" characters together at home, he wasn't a prolific character performer -- simply a "really, really good stand-up" comic, he laughs -- but that ended up working out for him in the end. "My memory tells me I was standing at the end of the bleachers or something... and you guys were all in the bleachers watching me. I did my thing, it was very short, and I left."

From his audition to being told he was chosen for the show "was very quick," Kevin remembers. "It was like a weekend... I didn't have a chance really to tell my friends that I was on SNL!" Living in Los Angeles at the time, he says, "I just packed up, I got Spade to rent my room, and I went to New York."

One character that Kevin did perfect -- "Mr. Subliminal," who would manipulate his way through life with subliminal messages muttered under his breath -- certainly stood out to the show's producer, and was featured on his first appearance. "I got a good one, and I started getting recognized right away," Kevin admits.

Be sure to check out Kevin Nealon's new book, 'I Exaggerate: My Brushes with Fame,' out on October 25, featuring personal anecdotes and illustrations, SNL stories, and much more.

Listen to the full episode featuring Kevin Nealon above -- now playing on Audacy -- as Cadence13 invites you to be a Fly on the Wall with Saturday Night Live alumni Dana Carvey and David Spade, behind the scenes as they reminisce about their most memorable stories and moments with friends of the show. In each episode, you’ll hear from your favorite cast members, hosts, writers, and musical guests as they share never-before-told stories about their careers.