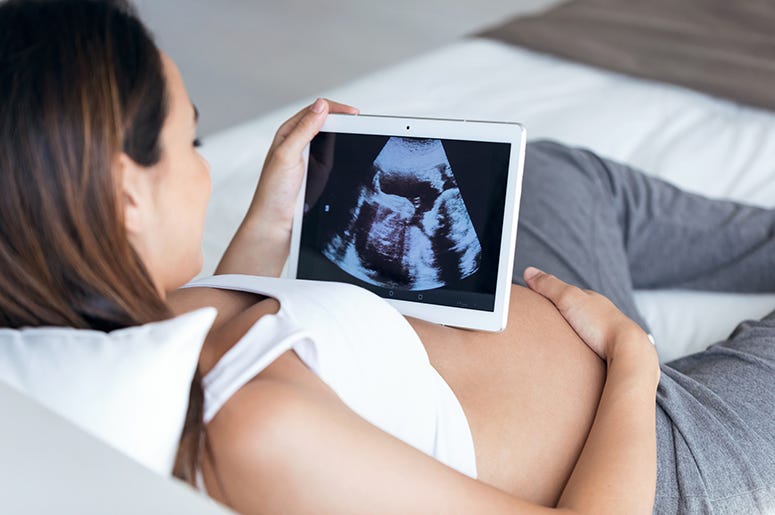 If you weren't sure if 2021 was going to bring it, feast your ears.

Luca Yupanqui, the child of Psychic Ills bassist Elizabeth Hart, had "recorded" her debut album called Sounds of the Unborn before she was born -- and you can get a first taste of the experimental-to-say-the-least new music below.

Turning the tables on the whole "blast metal at the womb and the kid will come out talking like James Hetfield" idea, the New York City-based musician along with collaborator/father Iván Diaz Mathé recorded what her child was up to in utero, added all of the effects, and the product is what you hear above.

The audio was captured using biosonic MIDI hookups attached to Hart's belly that translated little Luca's movement into sounds which were then painstakingly transcribed onto Mathé’s synths.

While Luca was born on November 15th, 2020, her Sounds of the Unborn album is due on April 2. Pre-orders for the record are available now -- and for those who want to get in on the audiophile action, the device used to capture sounds is being offered as well, for just $200.