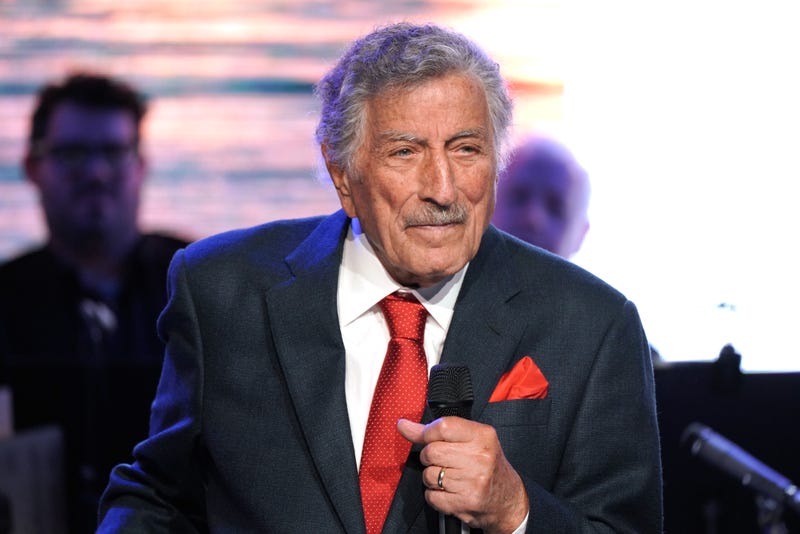 NEW YORK (WCBS 880) — The family of legendary crooner Tony Bennett has revealed that the 94-year-old singer is battling Alzheimer's disease.

The 18-time GRAMMY winner was diagnosed in 2016, according to an article published on AARP's website Monday.

Life is a gift - even with Alzheimer’s. Thank you to Susan and my family for their support, and @AARP The Magazine for telling my story.

"He always likes to say that he's in the business of making people feel good and so he never wanted the audience to know if he had a problem, but obviously, you know, as things have progressed, it becomes more and more obvious when you interact with Tony that there's something up and so it just seemed like now was the right time," his wife, Susan Benedetto, told "CBS This Morning" about their decision to make the diagnosis public.

18x-GRAMMY winner @ItsTonyBennett is battling Alzheimer's disease. His family revealed his 4-year battle in an @AARP article.
@GayleKing spoke w/ his wife, Susan Benedetto, who says music still plays a major role in his life & why the family decided to share his diagnosis now. pic.twitter.com/taSobf8mLd

She said he is not in any pain and that's why he doesn't think anything is wrong.

"He's like, 'Susan, nothing hurts, I feel great,'" Benedetto told host Gayle King. "He works out five times a week, he sings twice a week with a pianist that comes over. He only understands if something is an ouch then there's a problem. If you ask him how he feels, he says 'I feel great.'"

Despite the diagnosis, Bennett continues to perform and has even recorded a second album with pop star Lady Gaga, a follow up to their hit record "Cheek to Cheek."

AARP says Bennett endures "increasingly rarer moments of clarity and awareness," but his wife says, "When he sings, he's the old Tony."

Some with Alzheimer's can suffer episodes of rage, but Bendetto said her husband has not shown any of those symptoms.

According to Bennett's doctor, Benedetto told "CBS This Morning" there's no reason to think that he will drastically decline, although she admits "things have gotten a little worse" amid the pandemic.