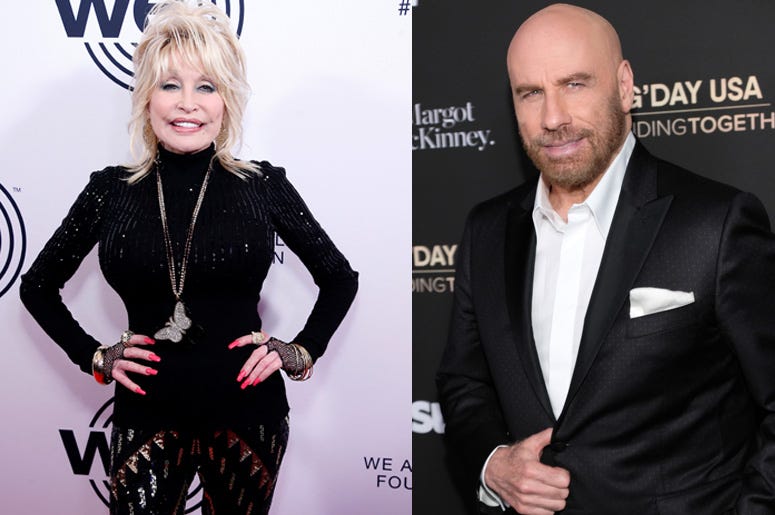 The bar has already been set incredibly high for the best Super Bowl commercials as Dolly Parton and John Travolta can take a preliminary bow.

Parton starred in Squarespace’s Super Bowl commercial that plays off her hit song “9 to 5.” Squarespace helps users build their own websites and reimagined Dolly’s classic song by calling it “5 to 9.”

“Working 5 to 9, you’ve got passion and a vision/Cuz it’s hustlin’ time, whole new way to make a livin’/Gonna change your life, do something that gives it meaning/With a website that is worthy of your dreaming,” Dolly sings.

Part of the reason Dolly decided to take part in the commercial is because she’s a Squarespace customer. She utilized the platform to create the website for her new perfume. “A lot of people through the years have wanted to change the lyrics to fit certain things they’re doing. I really thought that was a wonderful thing, especially for Squarespace,” she told the Associated Press.

“They’re so into people, new entrepreneurs working after hours to start their own businesses.”

The other commercial that has us slapping our knee in laughter comes from Scotts Miracle-Gro. It’s a star-studded commercial that features Martha Stewart, Leslie David Baker of The Office, Peloton instructor Emma Lovewell, NASCAR’s Kyle Busch, and Carl Weathers.

The stars of the show are John Travolta and his daughter Ella who hilariously engage in a bit trying to set up their phone to record a dance. When they finally get it set up, the father/daughter duo recreate John’s iconic “Born to Hand Jive” dance from Grease.

WATCH MORE: 5 reasons why Dolly Parton is an American treasure

music
How to throw an amazing Oscars watch party
sports
Mets down in the dumps after sweep: 'Feels like eating a sh*t sandwich'
music
Chris Lane fills us in on new music and the name he likes for his son
music
Listen to The Weeknd & Ariana Grande's 'Save Your Tears' Remix
news
Caitlyn Jenner is running for California governor
<img onerror="this.onerror=null; this.src='https://images.radio.com/aiu-media/og_775x51