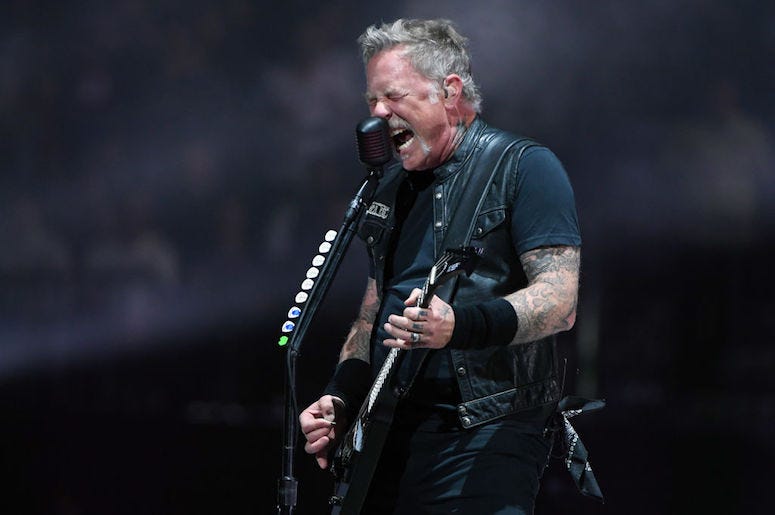 They won’t be performing at the big game, but will certainly have a role in the evening’s entertainment.

Metallica will take part in the Super Bowl LV festivities as the rockers announced they’ll be performing on The Late Show with Stephen Colbert following the game.

The show is scheduled to begin at 11:35 PM ET, but is subject to change based on how long the game runs. Robert Downey Jr. and Tiffany Haddish are also set to appear as special guests on the show.

We’re celebrating the #SuperBowl with our friend @stephenathome on Sunday! Tune in to @colbertlateshow’s “A Late Show: Super Bowl Edition” at 11:35pm EST on CBS to catch our performance. #LSSC #LateShow pic.twitter.com/uis4RaAIyb

Metallica are seasoned pros at virtual performances at this point in the COVID-19 pandemic. Most recently, the band held their inaugural Helping Hands Concert & Auction benefiting their All Within My Hands non-profit as a pay-per-view streaming event.

The concert was unlike any other Metallica concert as it saw the band go all-acoustic for this special show. Proceeds from the show benefitted the All Within My Hands foundation.

There was also the legendary Metallica Mondays series where the band replayed old concerts every Monday evening. Each show featured commentary from a band member as well as a bit of a backstory about the featured gig.

The series saw Metallica replay concerts from early on in their career all the way up until recent shows in 2019.