The NFC Divisional Round shaped up pretty nicely for the casual fans with two sets of rivals facing off. On Saturday night we’ll see a clash between NFC East rivals Philadelphia and New York before the Cowboys and 49ers battle on Sunday.

Younger fans may not remember the nastiness of the 49ers-Cowboys rivalry, but it was one of the best in its day and it’ll be reignited this weekend.

NFL insider Brian Baldinger and Carl Dukes of the Audacy Original Podcast “In The Huddle” hyped up this weekend’s Cowboys vs. 49ers game that “has everything you want in a playoff matchup.”

“This is TV gold,” Baldinger said. “Most people don’t pay attention to TV ratings but this will be the highest-rated playoff game in a long time, Carl. The Cowboys bring the fans – they did last week on Monday night; over 30 million people watched the game. It’s going to be in the 40 million-plus range with this game.”

The Walt Disney Company announced that Monday night's game was the most-watched NFL playoff game on their airwaves – ESPN or ABC – since 1999 with 30.6 million viewers. Outside of Super Bowls, it was the third-most watched NFL game in Disney's history.

This game won't have Tom Brady to draw in viewers on the other side, but it will be a matchup between two historic rivals.

“I came into the league in 1982, that’s the year after ‘The Catch.’ Dwight Clark in the back of the end zone from Joe Montana, and this rivalry took off on that day,” Baldinger said. “You can go back and replay all the legendary championship games that these two teams have played. There’s just tremendous history between these two teams.”

The Cowboys beat the 49ers in three straight postseasons to begin the 1970s. “The Catch” gave the 49ers some revenge on Dallas in 1981.

More recently, although still 30 years ago, the Cowboys beat the 49ers in 1992 and 1993 en route to a Super Bowl championship before San Francisco turned the tables and did the same thing in 1994.

The Cowboys and 49ers will face off in San Francisco on Sunday for a chance to advance to the NFC championship game. It’s expected to be one of the closest games of the weekend with the point spread between 3.5 and 4 points.

Maybe we’ll see another historic play or ending between these longtime rivals. 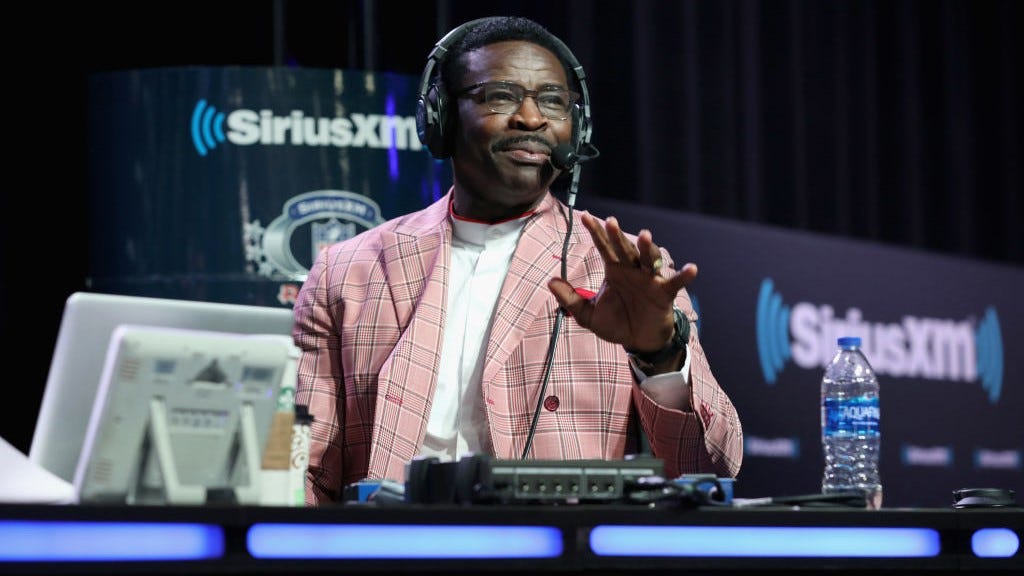 Michael Irvin says 49ers 'have all the kryptonite' for Cowboys