By No Huddle Podcast, Audacy Sports

The storied playoff rivalry is back.

For the second straight season, the 49ers will try to end the Cowboys season when they meet in Santa Clara on Sunday in the NFC Divisional round.

“It’s gonna be close,” Naqvi said. “It’s gonna be 31-27, the Niners are gonna win. And I will be doing the intro to the next podcast next week. I fully plan on it.”

A lot of folks are focusing on the QB battle between Dak Prescott and Brock Purdy. Purdy has racked up 18 total touchdowns against just three turnovers (all interceptions) since taking over for Jimmy Garoppolo in Week 13. Prescott, meanwhile, tied for the NFL lead in interceptions (15) this season despite playing in just 12 games.

Anavarathan thinks Prescott’s turnover-prone ways will pop up against the opportunistic 49ers defense.

“I think it’s gonna be a high-scoring shootout,” Anavarathan said. “I think both of these offenses are gonna be able to move the ball down the field. It should be a back-and-forth game. I think there’s gonna be a turnover or two that will determine who wins this. I think Dak Prescott is more liable turn the ball over than Brock Purdy is. I think this 49ers defense, which leads the NFL in takeaways, is just gonna come up with a game-changing play, at home at Levi’s Stadium. I think it’s the difference in this game. I think the 49ers win 34-28 and finish off the Cowboys two years in a row.”

“The one thing we didn’t talk about was how well Kyle Shanahan knows Dan Quinn’s defense,” Renick said. “I think that Kyle is licking his lips, excited about exploiting Quinn’s rules and throwing some stuff at Dan Quinn he’s never seen before. I think there’s going to be at least one play where it’s a completely busted coverage, because they don’t know what to do because Shanahan and his formations have broken their rules. … I think this will be a close 49ers victory. Final score – they keep that 30-point streak alive and they win this game, 30-26.” 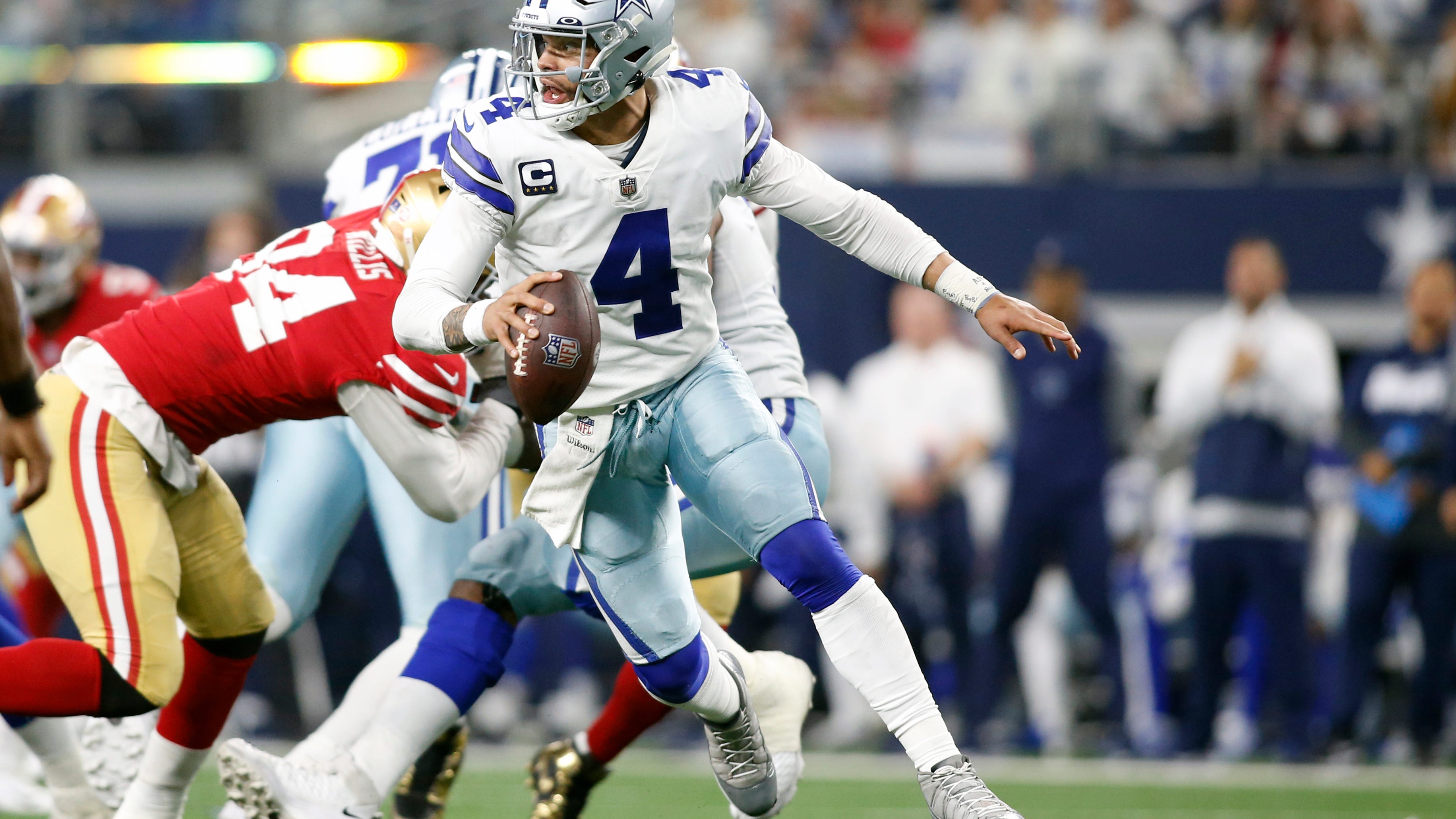