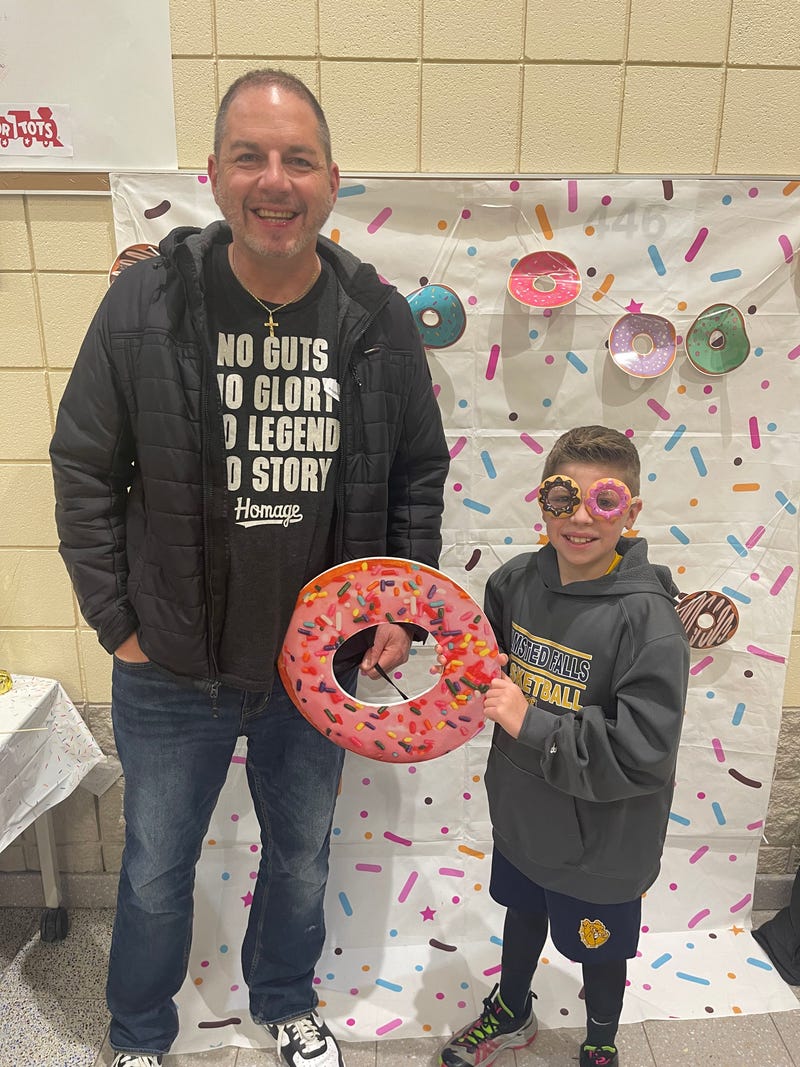 I’ve always been awkward around kids.

Even my own, sometimes.

If I was to pay for an assessment of this condition, I’m certain it could be traced to not having a father figure to show me how it’s done, or a mom who spoiled me, or the lack of cousins, or maybe mercury was in retrograde the day the talking to your kids topic was covered in school.

I sometimes marvel at other dads, and how they effortlessly play with their kids, and lead them.  How they know all the sports terminology and how there is always a built-in lesson with a conversation about life.

None of this is me.

If we are all characters in The Lion King, I would be more along the lines of Timon instead of Mufasa.

Loyal, no worries, sings and talks too much about nothing.

And so I had the donuts with dads event at Cooper’s school this morning, and previously, I would overthink it.

I had always approached it like a deadbeat dad who doesn’t spend time with his kids.

“Wow, you’re getting so big”

Today, I tried a different approach to this precious one on one time.

We spent time talking about the volcano eruption in Hawaii, basketball, plans for the future, and more.

We saw his locker, and he seemed thrilled for me to check out how organized he is.

And it dawned on me.

And sometimes..no talk is better than small talk.

Be authentic with your kids.  Admit your struggles, and don’t feel you need to impress them with stuff you know nothing about.

They will be much more prepared for life if they know they don’t have to fake something and can ask questions.

And oh by the way, I may not have the voice of James Earl Jones, but somehow the voice I do have has given me a career.