The Texans put on a pathetic performance in the first half, falling behind 27-7. Then they rebounded to score two touchdowns and a field goal, including 10 points in the fourth quarter, to pull within 27-24. But, alas, the defense cratered in embarrassing fashion and allowed the Chargers to go 84 yards in 12 plays to score their last touchdown to secure the victory.

In the first half, Davis Mills threw for 76 yards. He overthrew and underthrew receivers. On the first series, he threw an interception that set up the Chargers’ first touchdown. He rebounded in the second half with touchdown passes to Rex Burkhead and Brandin Cooks. He helped the Texans get within three points early in the fourth quarter. Mills finished with 26 of 35 for 246 yards, two touchdowns, two interceptions and an 88.5 rating. His second interception shouldn’t be held against him because he threw it up for grabs on third-and-19 on a desperation play with no chance.

The Texans ran only 13 times, primarily because they fell behind by 20 points in the first half. Dameon Pierce got all the carries, including a 75-yard touchdown run. He took off to the right side, got around the corner and outran the Chargers to the end zone. He finished with 131 yards on 14 carries. Subtract the touchdown and he had 56 yards on 13 carries. He caught six passes for only 8 yards. Rex Burkhead caught five passes for 39 yards and a touchdown, his first since he scored two against the Chargers last season. He also had a 13-yard catch on third down. Rookie fullback Troy Hairston did a terrific job of blocking, including on Pierce’s long touchdown run.

Nico Collins had a 58-yard catch that set up Davis Mills’ 18-yard touchdown pass to Brandin Cooks that closed the gap to 27-21 in the fourth quarter. Collins finished with three catches for 82 yards. Cooks caught seven passes for 57 yards. No other wide receiver caught a pass. Phillip Dorsett and Chris Moore had drops.

In his return to the Texans, Jordan Akins has become a reliable receiver for Davis Mills in the last two games. He had only two catches against the Chargers, but one was a 30-yarder that led to Mills’ 8-yard touchdown pass to Rex Burkhead that pulled them within 27-14 in the third quarter. Mills should get the ball to Akins more, even when Pharaoh Brown and Brevin Jordan return from injuries.

Davis Mills had time to throw on most of his passes, but he was sacked two times in crucial situations on a fourth-and-1 rollout to the right by outside linebacker Khalil Mack and on a fourth-quarter drive by tackle Jerry Tillery that killed a possible touchdown and made the Texans settle for a field goal. Laremy Tunsil had two penalties.

Let’s preface this by pointing out the Texans have the worst run defense in the NFL, allowing 202 yards a game before the Chargers came to NRG Stadium. The Texans limited them to 81 yards on 27 carries, a 3-yard average. They did a terrible job of getting to Justin Herbert even though the Chargers’ offensive line has struggled, and Pro Bowl left tackle Rashawn Slater is out for the season. Rasheem Green and Thomas Booker shared the only sack. Green, Roy Lopez and Jerry Hughes had three tackles each.

Like the linemen, they improved against the run, a horrific problem in the first three games, especially in the previous loss at Chicago. The pass rush was almost non-existent. Kamu Grugier-Hill tied for the team lead with six unassisted tackles. Christian Kirksey had four and six overall.

The defense didn’t force a turnover, and when that happens, the Texans usually lose. They couldn’t cover Mike Williams, who had seven catches for 120 yards, including a 50-yard reception. They played the run well. Steven Nelson tied for the team lead with seven tackles, including six unassisted. The defensive backs got credit for knocking down only one pass by Jonathan Owens.

Ka’imi Fairbairn missed a 46-yard field goal so bad you would have thought the wind caught it. He connected from 40 yards. M.J. Stewart forced a fumble on a kickoff return that Jalen Reeves-Maybin recovered. Cam Johnston averaged 52 yards, including a 44-yard net with one inside the 20. Coverage was good for the most part.

Lovie Smith and Pep Hamilton have to take some blame for the Texans falling behind 27-7 at halftime, and they have to get some credit for the team rallying to get within 27-24 in the fourth quarter before the defense collapsed. There’s no consistency and too many mental mistakes. And there were  questionable decisions and play calls. 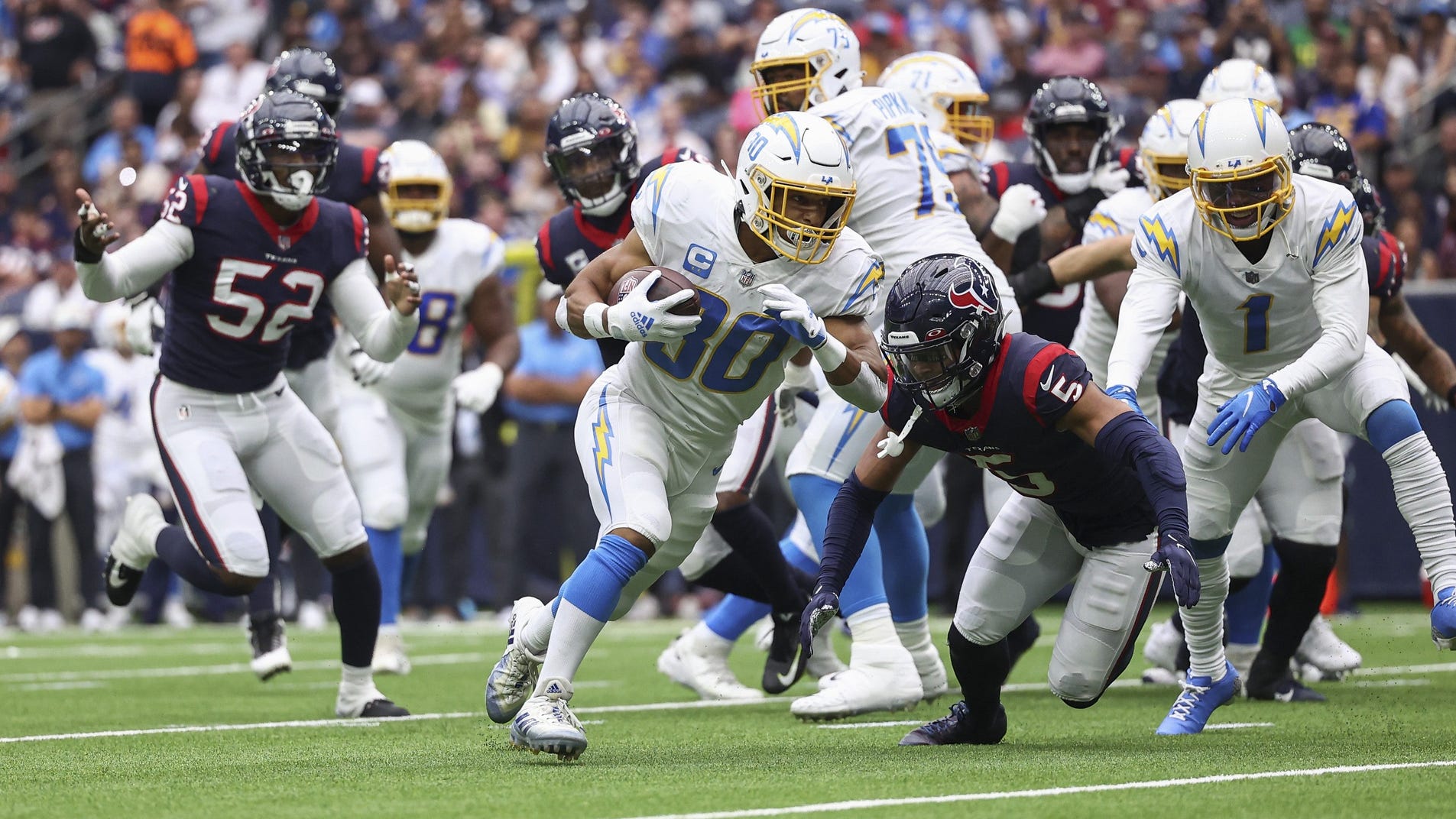 John McClain can be heard Tuesday, Wednesday and Friday on Sports Radio 610 and Monday and Thursday on Texans Radio. He does three Houtopia Podcasts a week for SportsRadio610. He also can be read four times a week on GallerySports.com.