Warrenton, MO – A 43-acre plot of land in Missouri that includes the subterranean masterpiece known as Picture Cave is up for auction and valued between $1,000,000 to $3,000,000. Some scholars described the cave as "the most important rock art site in North America.”

The land has been private property owned by the Busch family of St. Louis since 1953 and primarily used for hunting. They now hope the land will be preserved and maintained by a new owner, according to Selkirk Auctioneers, who are offering the piece of land on Tuesday. 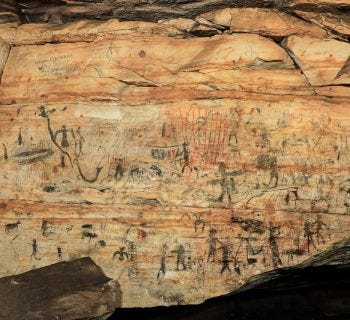 For archeologists, Picture Cave represents a vast spiritual convention in the recesses of the Earth that early regional civilizations used for sacred rituals, rites of passage, vision quests, and burials. They say its historic significance rivals even the nearby Cahokia Mounds in Illinois.

The two cave system boasts massive panels of over 290 prehistoric glyphs making it the largest collection of indigenous people’s polychrome paintings in Missouri. 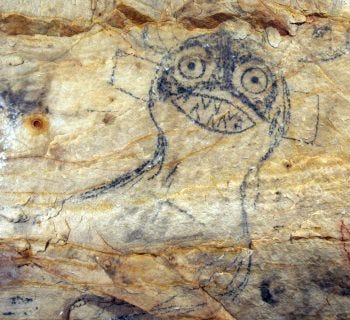 It's also home to a rare indigenous colony of Indiana bats, which are listed as endangered species by the U.S. Fish & Wildlife Service.

Both the bats and collection of indigenous people’s polychrome paintings have been the focus of educational studies for years. Scholarly research dates the images to approximately 900-1100 CE. 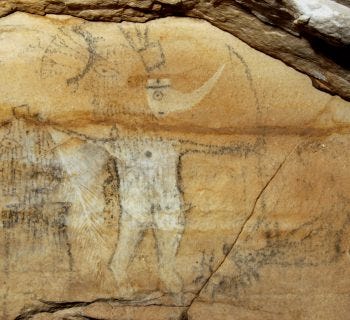 Selkirk Auctioneers & Appraisers of St. Louis is offering this invaluable piece of history at auction to the highest bidder on Sept. 14.

You can see more images of the cave drawings on THE WORK OF PROFESSOR MICHAEL FULLER and THE PHOTOGRAPHY OF ALAN CRESSLER.