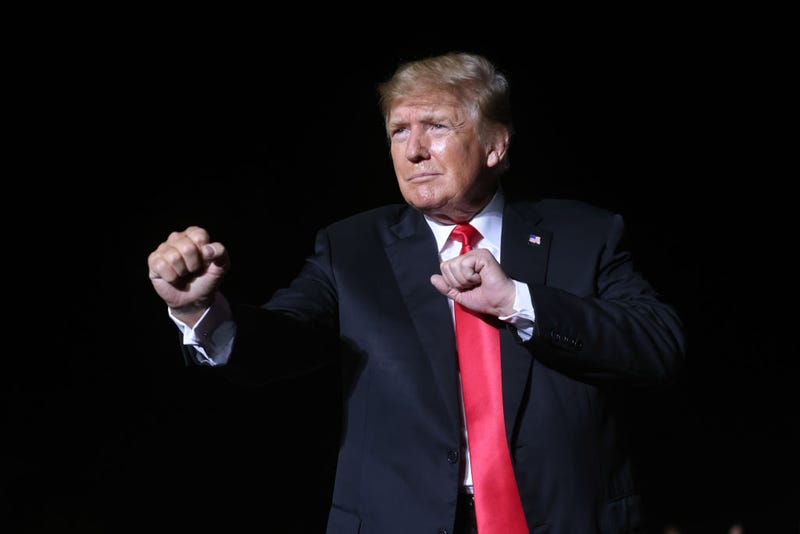 Former President Donald Trump speaks to supporters during a rally at the Iowa State Fairgrounds on October 09, 2021 in Des Moines, Iowa. This is Trump's first rally in Iowa since the 2020 election. (Photo by Scott Olson/Getty Images) Photo credit Getty Images
By Lauren Barry

It’s been close to a year since former President Donald Trump was banned from Twitter, Facebook and Instagram. Now he is planning a social media comeback with a new media company of his own.

A Wednesday press release announced that this new business – Trump Media & Technology Group – will be a publicly listed company when it merges with Digital World Acquisition Corp. Along with the new company comes a social media app called TRUTH Social, which is now available for pre-order on the Apple store and is expected to have a beta launch next month with a nationwide rollout coming in the first quarter of 2022.

Digital World Acquisition Corp., based in Miami, is a special-purpose acquisition company, or SPAC, explained the Associated Press.
These companies are designed to list the shares of a private company more quickly than a traditional initial public offering. When a SPAC acquires a private firm, it can change its name and other details to those of the acquired firm.

“Trump Media & Technology Group’s mission is to create a rival to liberal media consortium and fight back against the ‘Big Tech’ companies of Silicon Valley,” said the press release.

“I created TRUTH Social and TMTG to stand up to the tyranny of Big Tech...

I am excited to send out my first TRUTH on TRUTH Social very soon...” pic.twitter.com/TCZVYq1VJQ

“I created TRUTH Social and TMTG to stand up to the tyranny of Big Tech,” said Trump in a statement. “We live in a world where the Taliban has a huge presence on Twitter, yet your favorite American President has been silenced. This is unacceptable.”

TRUTH Social looks similar to Twitter, the AP said. Its terms of service warn users not to make statements that “disparage, tarnish, or otherwise harm, in our opinion, us and/or the Site.”

Within hours of the TMTG announcement, “pranksters found what appeared to be an unreleased test version [of TRUTH Social] and posted a picture of a defecating pig to the ‘donaldjtrump’ account, according to The Washington Post. That site has since been pulled offline.

Pranks are not the only challenge the not-yet-released app has already faced. According to Vice News, the founder of Mastodon, a popular social network codebase, thinks that TRUTH Social could be using its free software and violating the terms of its license by saying the app’s code is proprietary.

“Based on the screenshots I have seen, it absolutely is based on Mastodon,” said Eugen Rochko, founder and lead developer of Mastodon.

This isn’t the first time Trump has attempted to launch his own social media platform. According to the AP, his earlier attempt to launch a blog on his official website was dropped due to sparse views.

Around the 2020 presidential election, some of Trump’s supporters also joined the Twitter alternative Parler, which was not officially affiliated with Trump. That app was shut down after violent posts related to the Jan. 6 Capitol riots and later went back online, said Cnet.

Apart from the social media platform, TMTG is also planning a video-on-demand service dubbed TMTG+ that will feature entertainment programming, news and podcasts, said the AP. TMTG aims to become a power in cloud computing and payments and suggests it will compete with Amazon, Microsoft, Google and Stripe, said the outlet. 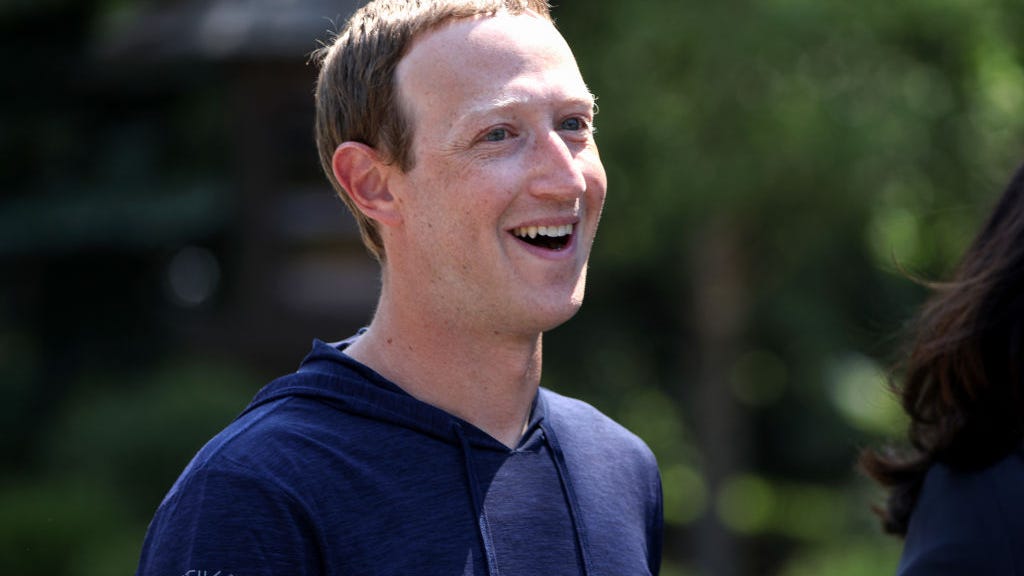 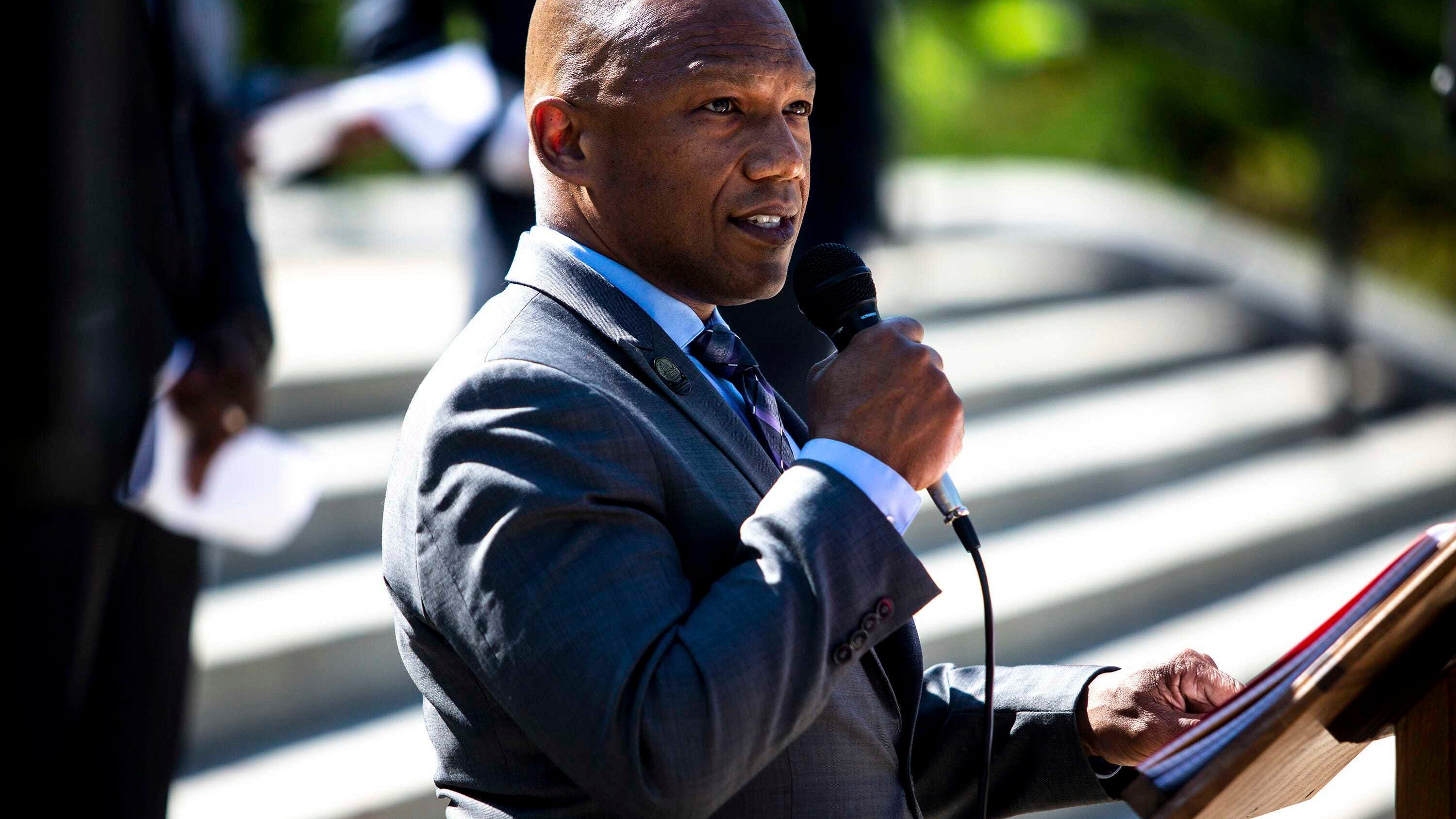