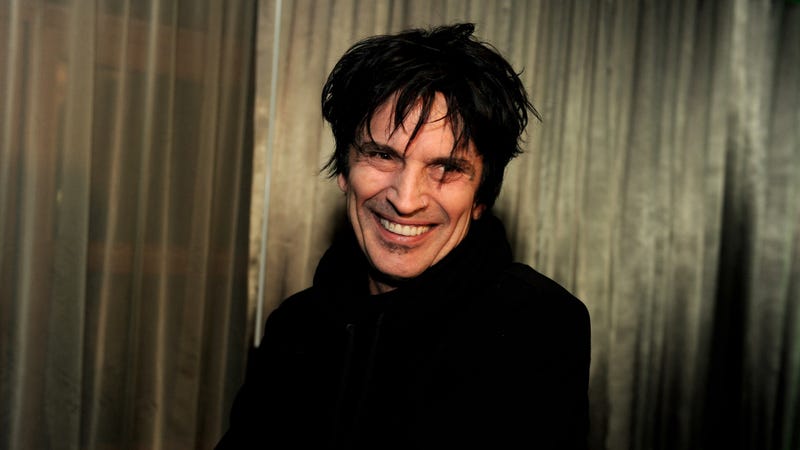 Good morning, let’s talk nudity, particularly when it’s posted on the internet, and in this case, let’s focus on Tommy Lee.

If you didn’t already know, early Thursday morning, Tommy Lee shocked IG with a full-frontal nude photo taken from his bathroom, which he simply captioned, “Ooooopppsss.”

But make no mistake, the post was on purpose, and uncensored, and took over 5 hours to be taken down off of the firm no-nudity regulating Instagram. Which quickly led the Mötley Crüe rocker’s since-deleted X-rated selfie, to launch an internet debate.

While many expressed shock at the picture, including Lee’s wife, Brittany Furlan, who commented "OH MY GOD,” on her hubby’s pic, others were quick to point out that female bodies are often removed by Instagram at a much quicker rate, and to point out Instagram’s strict community guidelines regarding the topic of acceptable nudity posted on their platform. Which spoiler alert, Tommy’s doesn’t fall under.

"We know that there are times when people might want to share nude images that are artistic or creative in nature, but for a variety of reasons, we don't allow nudity on Instagram. This includes photos, videos, and some digitally-created content that show sexual intercourse, genitals, and close-ups of fully-nude buttocks. It also includes some photos of female nipples, but photos in the context of breastfeeding, birth-giving and after-birth moments, health-related situations (for example, post-mastectomy, breast cancer awareness or gender confirmation surgery) or an act of protest are allowed. Nudity in photos of paintings and sculptures is OK too.”

"So Tommy Lee can post a picture of his penis on @instagram that's still up three hours later but a picture of my curvy booty in a thong bikini gets taken down? Cool, cool," wrote journalist Lola Méndez on Twitter.

So Tommy Lee can post a picture of his penis on @instagram that’s still up three hours later but a picture of my curvy booty in a thong bikini gets taken down? Cool, cool.

"I've had photos removed for being inappropriate where everything is covered but Tommy Lee's d*** has been on the platform, uncensored, for several hours now..." wrote @zerofox_.

And then of course there’s Madonna, who took issue with the platform in November 2021 after pictures of her in lingerie were taken down because, in her words, "a small portion of my nipple was exposed.”

"It is still astounding to me that we live in a culture that allows every inch of a woman's body to be shown except a nipple. As if that is the only part of a woman's anatomy that could be sexualized,” Madge wrote captioned the re-post of the censored pic.

"Giving thanks that I have managed to maintain my sanity through four decades of censorship, sexism, ageism and misogyny.”