Might there be a third act in Bruce Bochy's illustrious managerial career?

According to Bob Nightengale of USA Today, "one name that keeps popping up in internal discussions" for the long-term managerial jobs with the Los Angeles Angels and Philadelphia Phillies is Bruce Bochy.

We should note that just because a name is mentioned doesn't mean that a team will ultimately even interview the candidate, let alone hire them.

Additionally, both interim managers -- Phil Nevin in Los Angeles and Rob Thomson in Philadelphia -- have chances to earn the managerial jobs for both teams on a long-term basis depending on how the rest of the season plays out. The Phillies, for example, are 17-6 since Thomson replaced Joe Girardi.

Nonetheless, the idea of Bochy potentially returning to managing -- whether it's for one of these two teams or another one -- is an intriguing one.

While the Angels and Phillies just fired managers with one World Series title on their resumes in Joe Maddon and the aforementioned Girardi, Bochy won three World Series titles as the manager of the San Francisco Giants and another NL pennant during his tenure with the San Diego Padres. The only active manager in the sport with as many World Series wins as Bochy is Tony La Russa of the Chicago White Sox.

For what it's worth, Bochy is 67, nearly a decade younger than La Russa. He last managed the Giants in the 2019 season, and told Nightengale that "he's open to another managing job providing it's the right opportunity and a potential contender."

Despite all that he's accomplished as a skipper, Bochy's career managing record is 1,052-1,054, putting him two games under .500. Perhaps an opportunity will present itself this winter for Bochy to climb back above .500 in his career. 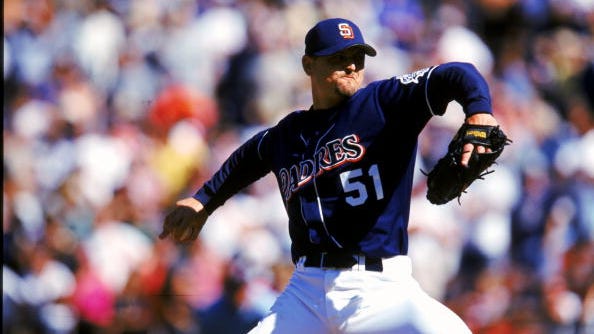