A pair of majestic home runs—one each by Jose Altuve and Carlos Correa—carried the Astros to victory in Game 1 of their American League Championship Series with Boston Friday night at Minute Maid Park. Two of the most dominant playoff performers, not just of their era but of all-time, Altuve and Correa have combined for 38 homers and 101 RBI in their postseason careers (532 at-bats). Correa’s go-ahead blast to the train tracks in left, the result of a Hansel Robles changeup that caught too much of the plate, immediately resonated with fans on social media, many of whom compared it to Jose Bautista’s emphatic, series-shifting home run (you know the one) against Texas in the 2015 ALDS.

CORREA!! He knew he got all of that one 😤@astros lead! pic.twitter.com/GgU0cCu3Yr

After the game, Houston manager Dusty Baker was complimentary of his two superstars, comparing Altuve and Correa’s thunder and lightning dynamic to the one shared by teammates Rob Gronkowski and Tom Brady over the past decade in New England and Tampa Bay. Brady and Gronk’s 102 touchdown connections (postseason included) are the second-most in NFL history, trailing only Peyton Manning and Marvin Harrison’s 114.

Dusty Baker on Altuve and Correa's relationship: "It's like Tom Brady and Gronkowski"

When it comes to dynamic duos in MLB, the Correa/Altuve alliance is right up there with the likes of Fernando Tatis Jr. and Manny Machado as one of the sport’s very best (Yankees goliaths Giancarlo Stanton and Aaron Judge also belong in that discussion), though we might not be seeing it for much longer with Correa a candidate to jump ship in free agency this offseason (he reportedly turned down a six-year, $120-million extension, preferring to take his chances on the open market). The Astros, who stand just three wins away from their third AL pennant in five years, will look to extend their series lead Saturday in Game 2, scheduled for 4:20 PM ET on Fox. Luis Garcia and Nathan Eovaldi will be on the bump for that one. 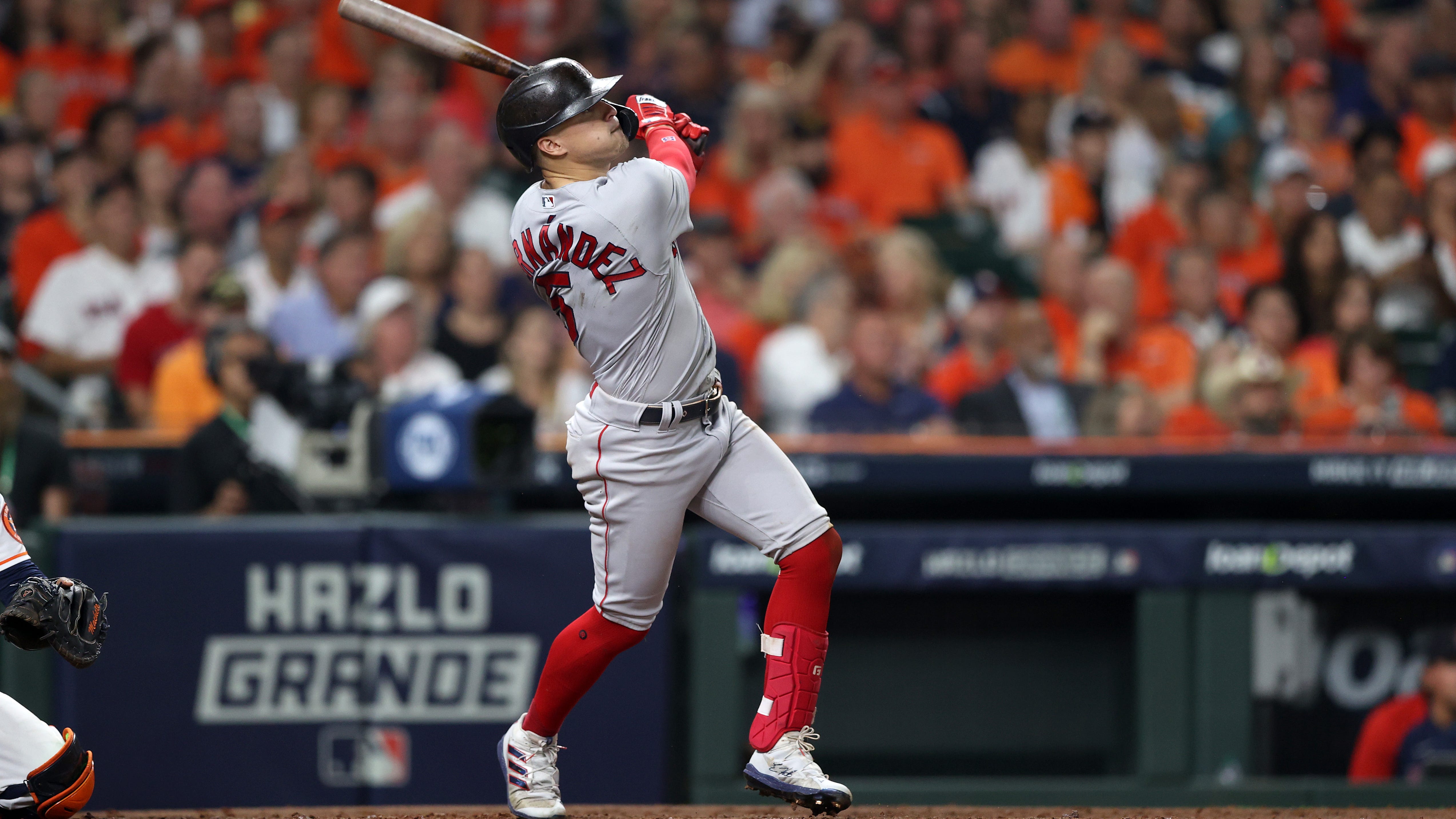