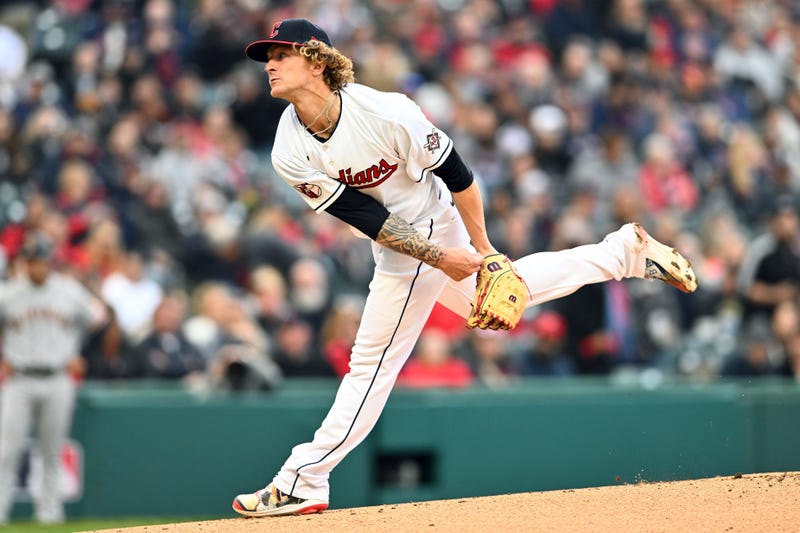 And, according to Audacy MLB insider Jon Heyman, Plesac is "on the radar" of the Philadelphia Phillies as they look to make a run at their first postseason berth since 2011.

Heading into Friday's action, the Phillies were tied with the St. Louis Cardinals for the third and final wild card spot in the National League.

The Phillies' apparent interest in Plesac could signal they're seeking an insurance policy for veteran starter Zach Eflin, who has been sidelined for over a month due to a lingering knee injury and, as of now, has no reported timetable for a potential return.

Meanwhile the Guardians' plans are less clear. The team was two games behind the first-place Twins in the American League Central and 2.5 games back for the final wild card spot in the AL, so they could just as easily be buyers as sellers ahead of Tuesday's trade deadline.

So far in 2022, the 27-year-old Plesac is 2-8 with a 4.09 ERA, just a shade higher than his career mark of 3.97. He has a knack for inducing weak contact, with a career BABIP of just .261, but his modest strikeout and home run rates have limited his upside to some degree.

The former Ball State star is arbitration-eligible for the first time this offseason and is under team control for three more years from 2023-25, which makes him much more than a half-season rental.

According to Heyman, other teams interested in adding starting pitching include the Yankees, White Sox, Twins, Cardinals, Dodgers, Blue Jays Brewers, and Mariners.