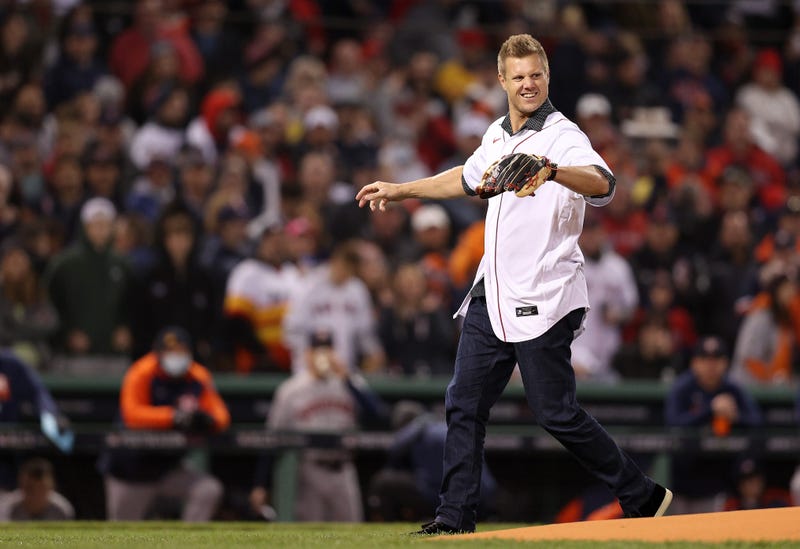 Jonathan Papelbon was an electrifying and entertaining player on the field. He may be even more entertaining off of it.

The former Red Sox, Phillies, and Nationals closer recently tweeted his support for David Ortiz’s cannabis venture. Papelbon uses cannabis himself and did so throughout his career.

Papelbon joined Audacy’s The Bradfo Sho podcast to talk about Ortiz’s new venture, how cannabis helped him after experiencing the downside of pain pills, and much more.

“Back when I played, I tried to really explain to him the benefits of it,” Papelbon said (12:45 in player above). “When you are under that much stress and under that much travel and you’re grinding your teeth away at night.

“I tried to get (Ortiz) to understand that when you can recover quicker, you’re gonna be better for the next day. I tried to always explain that to him, man. Early on in his career, all he would say is ‘You crazy a– white dude. You redneck crazy, man!’”

Cannabis is becoming more acceptable in parts of the country and world, which Papelbon thinks is a huge step forward. It allowed him to recover and feel like himself, unlike the pain pills that doctors prescribed in the 2000s.

“Early on in my career when the doctors really weren’t getting evaluated and looked at and checked upon, pain pills out the wazoo,” he said. “No good, bro. I’ve been down that road. That is a horrible road to go down. I felt like every offseason I was in withdrawal when the season was over. This is a terrible thing. With cannabis there is none of that.”

Papelbon said he switched over from pain pills to cannabis about halfway through his career, around 2009 or 2010.

“I started to realize that this train couldn’t stay on the tracks. Ambien at night – Pedroia will tell you about Ambien, that guy will take an Ambien and lose his mind,” Papelbon said. “Look, cannabis has been on this Earth for as long as anybody can remember. It’s an all natural thing.”

The closer didn’t only use cannabis to help recover, he also made it a part of his routine before road trips.

“Flying, man? I wasn’t getting on a flight without taking my ‘Vitamin G,’ my ‘Vitamin Greens,’ you know what I mean,” he said. “That’s just the way it was. People would wait on the bus ‘Where’s Pap? We gotta go!’ I’m like man, why y’all in a rush so much, I gotta get my headspace right here.”

The former closer stuck to that routine before throwing out the first pitch in the ALCS last year.

“Before I threw out the first pitch I had to stop in one of the shops, get my mind right and get ready. That’s why I was pumping 91 (mph).”

Papelbon tries to spread the word of cannabis’ benefits, but also acknowledges the fine line that comes with it.

“I tried to convince a lot of people the benefits of this. At the end of the day, there’s a fine line between abuse and it helping you. Some people can cross the line. Everybody can. For me, I really do think that the world does need to understand this.”

Papelbon hinted that he even started growing his own garden.

“When I retired I had to start seeing a psychiatrist because everybody thought I was nuts. The whole Bryce Harper thing.”

He didn’t necessarily see eye-to-eye with the psychiatrist, but he did take his advice.

“The psychiatrist tells me I gotta start a garden. ‘Get in your inner peace,’” Papelbon said. “It was awesome. I’ve turned into a master gardener. There’s pretty much nothing I can’t grow,” he said with a wink.