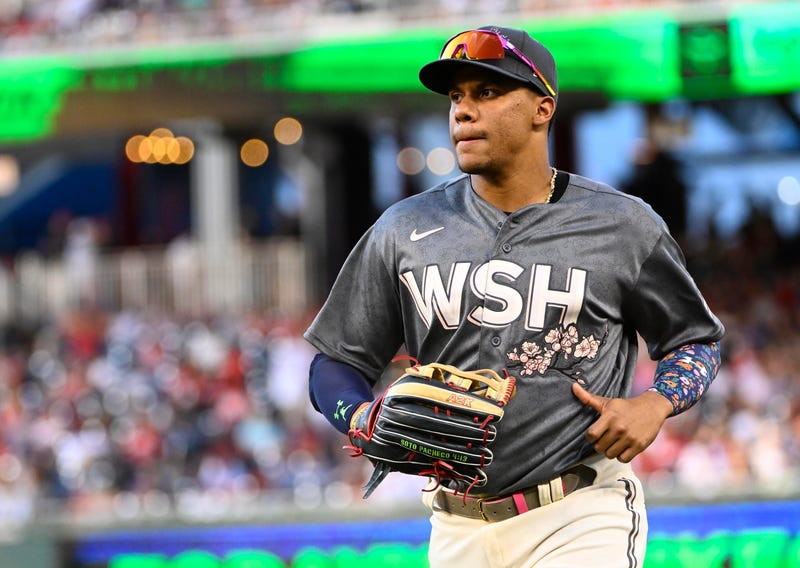 What felt impossible a few months ago may not be inevitable, but it sounds pretty close to that.

In an appearance with Dan Patrick Friday, ESPN's Jeff Passan was asked what the likelihood of the Washington Nationals trading superstar outfielder Juan Soto before the Aug. 2 trade deadline is, and seemed to believe that it's overwhelmingly likely:

"80-20," Passan said after a brief pause.
"And I wanna focus first on that 20. That 20 depends on Mike Rizzo, the Nationals' general manager. If he continues to stick with the ask that he has put out to teams up until this point, I'm not sure Juan Soto is going anywhere, because he's been asking for 125% of Juan Soto's value. He's been asking for five, six players from teams. And not just five or six like guys -- no, like five or six tippy-top prospects from every organization he's been talking to. And so, if the ask remains at that, then I'm not sure Juan Soto is going anywhere for now.
"But, if he comes down a little bit, I think the San Diego Padres could jump ... I think the Los Angeles Dodgers could jump ... I think the St. Louis Cardinals could still be in the mix, though that depends on their pursuit of starting pitching ... same goes for the Seattle Mariners. But the Padres and Dodgers at this point seem like the likeliest landing spots for him."

Soto won't turn 24 until October, and already has established himself as one of this generation's most complete offensive players. Last year's NL MVP runner-up has a career slash line of .291/.426/.538 with 118 home runs and a .964 OPS in parts of five seasons. Soto led baseball with a staggering 145 walks in 2021, and is currently leading the sport in bases on balls in 2022 at 84.

Earlier this month, Ken Rosenthal of The Athletic reported that Soto had declined a 15-year/$440 million extension proposed by the Nationals. One would think that before trading a player who seems destined for Cooperstown, the Nationals might give a last, best offer to Soto, who is represented by Scott Boras.