SAN FRANCISCO (KCBS RADIO) – Whether or not you think the GOAT wears No. 30 for the Golden State Warriors, a goat wore a No. 30 Stephen Curry jersey to the team's championship parade in San Francisco on Monday.

Warriors fans have hashtagged "Steph Better" for years, with many loyal Golden State supporters going as far to call him the greatest of all time. One took the "GOAT" claims literally on Monday, dressing an actual goat in an actual Curry jersey.

Someone brought a goat in a Curry jersey to the parade 😂🐐 pic.twitter.com/1SOC97NYNy

Curry showed off the physical embodiment of that argument on Monday, wearing three of his NBA championship rings – the Warriors will receive their 2021-22 rings on the first night of the 2022-23 season – around his neck and bringing each of the individual awards from this campaign onto his parade bus.

The 34-year-old's fourth title and individual honors put a bow on what was already an historic season. Curry surpassed Naismith Memorial Basketball Hall of Fame guard Ray Allen's record for the most 3-pointers in NBA history back in December, and he moved 144 made shots clear of Allen by the end of the season.

In addition to the all-time 3-point crown, Curry's trophy case also includes two MVP awards, eight NBA All-Star appearances and eight nods on the All-NBA's first, second or third teams. He joked during the Warriors' pre-parade rally that he plans to add to it by earning a gold medal under Golden State Head Coach Steve Kerr at the 2024 Summer Olympics in Paris.

Of course, in Warriors fans' eyes, he doesn't any additional hardware to prove himself as the GOAT. 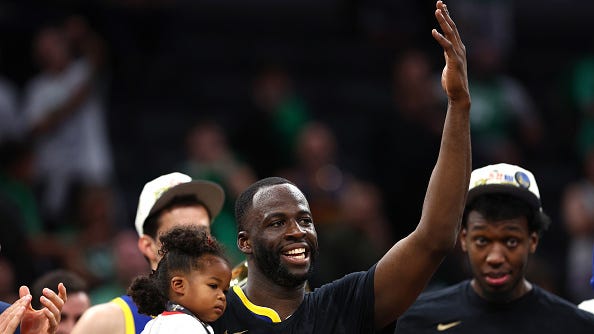 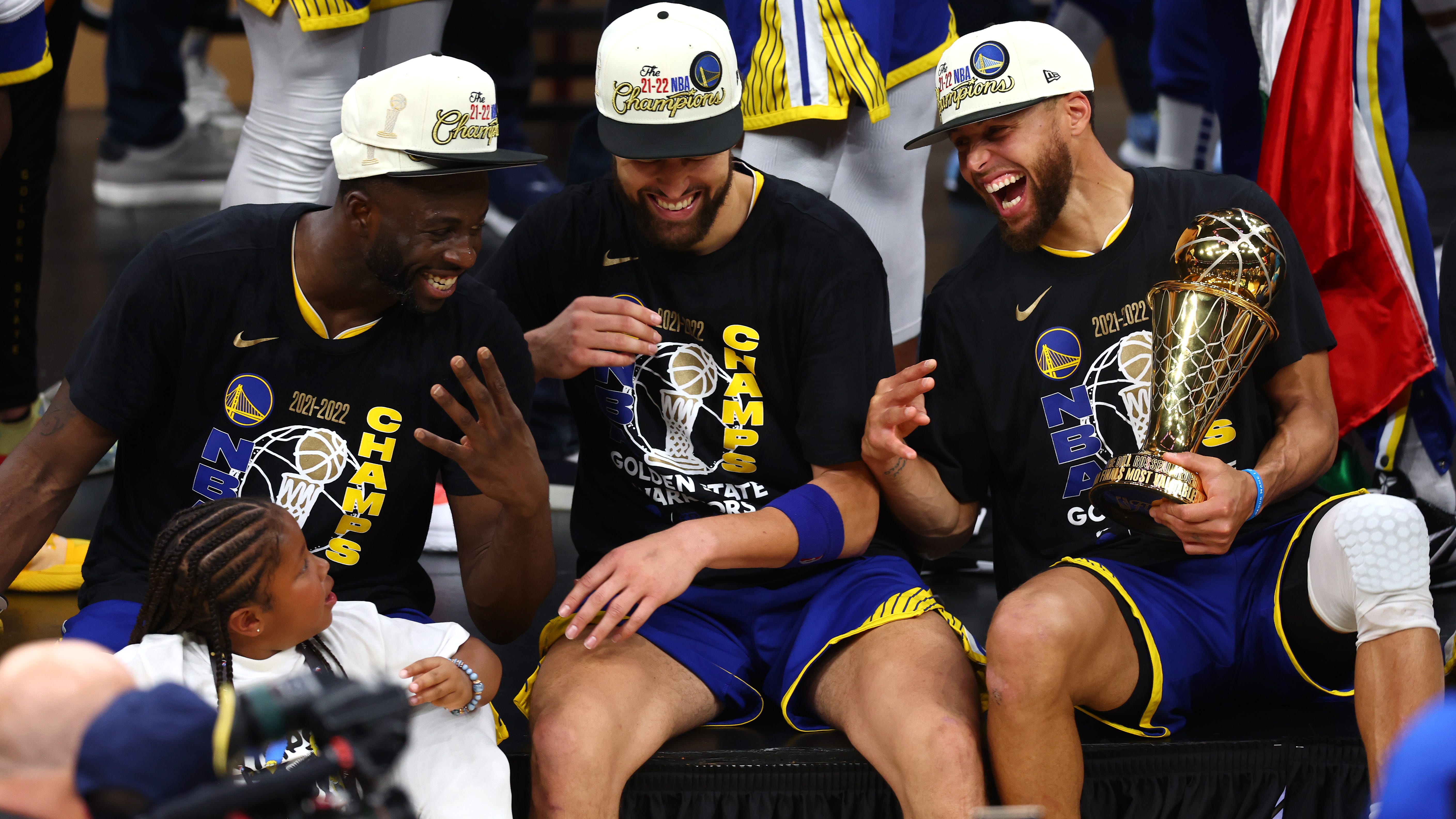