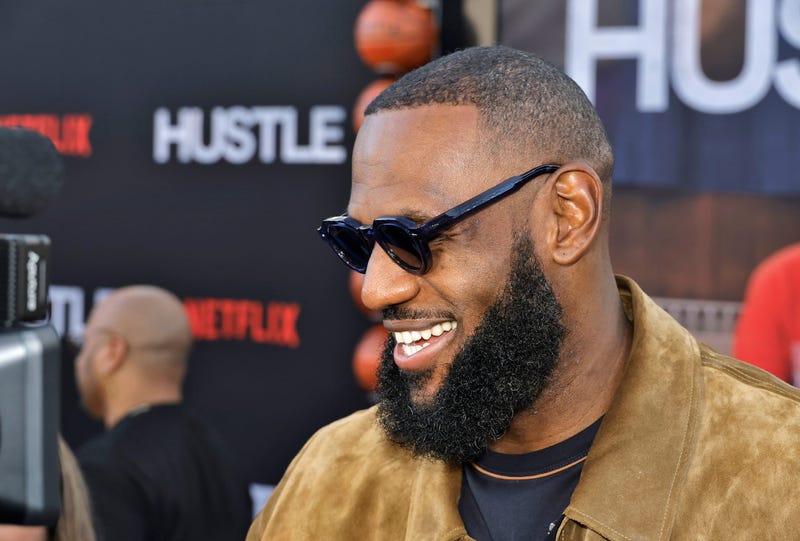 It’s been an eventful week for LeBron James, who made headlines by calling Boston fans “racist as f---” (a bold move given his ownership stake in the Red Sox) while also making a surprise appearance in the Drew League alongside fellow All-Star DeMar DeRozan. Even with all that happening, the NBA veteran somehow found time to file a trademark for “Shut up and dribble,” alluding to an incident in 2018 when Laura Ingraham ripped James and Kevin Durant on Fox News for their criticism of then-President Donald Trump.

Laura Ingraham to LeBron and KD: “Shut up and dribble!”

To Drew Brees: “He’s allowed to have an opinion.” 🧐 pic.twitter.com/PtEBHdPh7o

Ingraham's takedown of James was poorly received with many interpreting her comments as racist and condescending. “Shut up and dribble” has since become a rallying cry for the sports community, with outspoken voices like James and Colin Kaepernick calling attention to important social causes, continuing to blur the line between athlete and activist. The trademark was submitted by James’ media company, Uninterrupted, and, if approved, will allow him to use the “Shut up and dribble” tagline on backpacks, footwear, hats, jackets, t-shirts, toys and other merchandise.

LeBron James' company Uninterrupted has filed a new trademark for:

SHUT UP AND DRIBBLE

The company claims it will offer "SHUT UP AND DRIBBLE"-branded:

1. Virtual goods such as clothing, sports equipment and toys.

It’s a clever branding strategy and further evidence that James, while still being among the greatest basketball players in the world, has become quite the entrepreneur, dabbling in everything from tequila (he and Lakers teammate Anthony Davis were among the original investors in Lobos 1707) to restaurant chains (Blaze Pizza) and audio equipment (Beats Electronics). James’ media empire is growing bigger by the day, recently producing Hustle, a sports drama starring Adam Sandler with cameos from dozens of current and former NBA stars including Anthony Edwards, Trae Young, Kyle Lowry, Dirk Nowitzki and Sixers legend Julius "Dr. J" Erving.

James, who is closing in on the NBA’s all-time scoring mark (he trails Kareem Abdul-Jabbar by 1,325 points), is also known for his philanthropy, donating to countless charities while opening a school for at-risk youth in his native Akron. The 37-year-old previously filed a trademark for “Taco Tuesday,” but received a rejection notice from the United States Patent and Trademark Office, who argued the phrase was already a “well-recognized concept.”