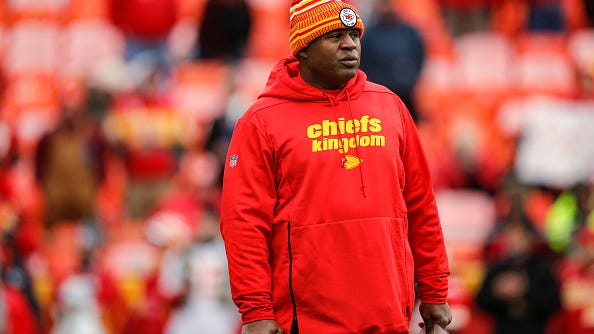 But Bieniemy was not entertaining any of that.

“If USC reached out to me right now, my answer would be I am preparing for the team to play against the Baltimore Ravens,” he said. “And that’s how I roll, you guys know that. I am where my feet are, OK? My job is to make sure we’re ready to playa. Complete, sound, 60-minute football game where we can come out and win the game.”