When all is said and done, Travis Kelce may go down as the greatest tight end to ever play. The 32-year-old already ranks sixth among all-time tight ends in career receiving yards (9,006) and seventh in catches (704) with no sign of slowing down any time soon. Given his contributions—he’s coming off his sixth straight 1,000-yard season—Kelce’s $14.3-million salary could be viewed as a bargain, particularly with some of the bloated contracts signed this offseason.

The receiver market has exploded of late with Tyreek Hill, Davante Adams and Stefon Diggs all cashing in with new deals. Great as those players are and will continue to be, it’s hard to fathom a universe where Hill is making more than twice what Kansas City pays Kelce.

Fellow tight end George Kittle went to bat for Kelce earlier this week in an interview with Mike Florio of ProFootballTalk on NBC Sports, calling his Chiefs counterpart “criminally underpaid.” Whether Kelce agrees with that assessment or not, the seven-time Pro Bowler claims he’s not worried about his contract, insisting that winning—not wealth or fame—will always be his top priority.

“I appreciate Kittle saying that because that’s my guy and he always wants to see every tight end get paid,” said Kelce while addressing the media at Thursday’s OTAs. “Money, in my mind, is almost secondary at this point in my career. I’m here for the legacy and to make the Kansas City Chiefs the best team possible. That’s my main focus. That’s why I’m here.”

For years, Tom Brady accepted salaries well below his market value with New England using the cap space to build better teams around him. Kelce seems to share in that approach, preferring to focus on football as Kansas City—still licking its wounds from a devastating collapse in last year’s conference championship—seeks its third Super Bowl appearance in four seasons.

Kelce, who ranked second among tight ends in receiving yards last season (only Mark Andrews had more), could be in for an even bigger workload this year following Hill’s departure in a trade that netted the Chiefs five draft picks (one first, one second, two fourths and a 2023 sixth-rounder). 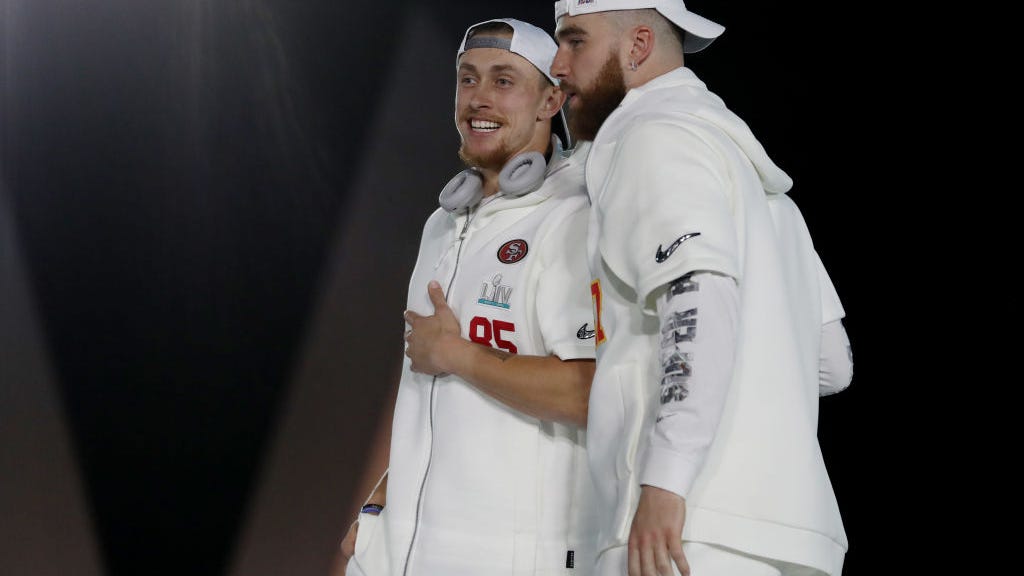