Earlier this week, America experienced yet another mass shooting, this time at Oxford High School in Michigan, resulting in the deaths of at least four people — all students.

The tragedy was certainly on the minds of everyone prior to Sunday’s game between the Detroit Lions and Minnesota Vikings at Ford Field, located just 45 minutes away from Oxford High School.

Players and coaches on the Lions, and even some on the Vikings, took the field for warmups all sporting Oxford Wildcat T-shirts to show their support for those lost in the tragic accident.

Almost all of the Lions’ players and coaches — and even a few of the Vikings’ players — are wearing Oxford Wildcats shirts for warmups. pic.twitter.com/5KIPlUyqbR

Lions & Vikings both wearing t-Shirts honoring the lives lost in the Oxford HS shooting - The school is just about 45 minutes from downtown Detroit pic.twitter.com/AMkI3aX60K

Vikings and Lions players are wearing white t-shirts with the Oxford High School logo during warmups. There will be a tribute to the 4 victims of the school shooting before today's game.

In addition to the T-shirts, the team also planned to wear hats and helmet decals to honor the victims. A moment of silence is also being held prior to kickoff.

“Those guys are on our minds, so we want to represent them on Sunday,” head coach Dan Campbell said earlier this week. “I know there will be a group of those students and kids and people that have been affected that will be watching this game, so right now, that’s the best way to help them.”

On Saturday, the Michigan Wolverines won the Big 10 championship and dedicated the game to Tate Myre, a 16-year-old football player who was killed in an effort to try and stop the shooter.

Michigan wore a shoulder patch with Myre’s initials and his number, 43, plus four hearts for each victim. Coincidentally, the Wolverines put up 42 points in the victory. 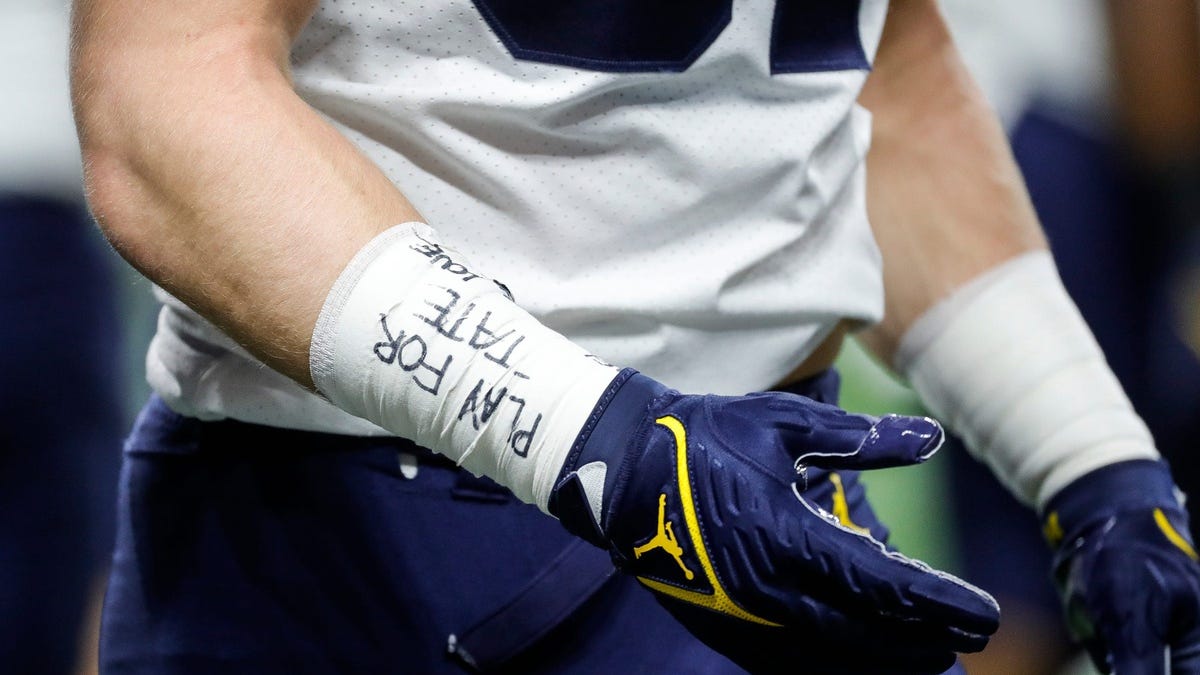 With 'hero' Tate Myre on their hearts, Michigan scored 42 points for No. 42