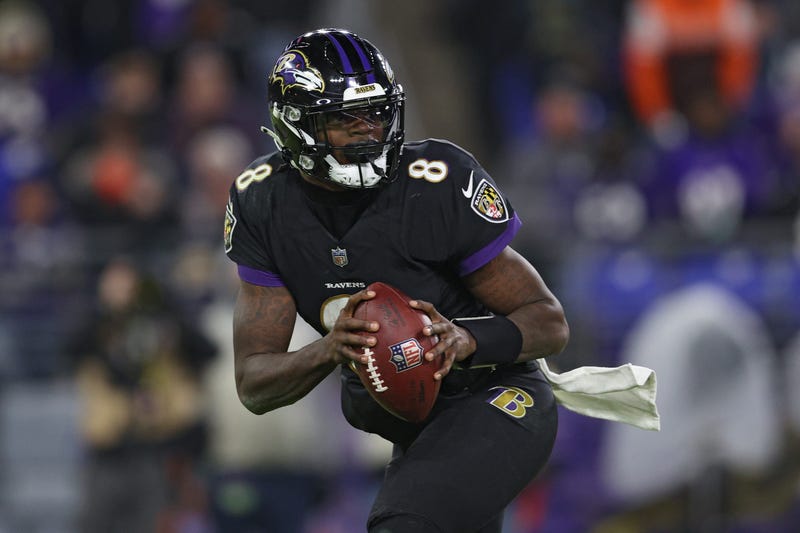 What’s unique about Jackson, besides his unprecedented dual-threat ability, is that he’s never hired an agent, representing himself in contract negotiations. Countless players have been burned by that tactic over the years, though in the case of Jackson, it might actually work to his advantage. Former NFL receiver Andrew Hawkins went as far as to call Jackson’s approach “brilliant,” increasing his value exponentially by continuing to bet on himself.

“I think Lamar Jackson not having an agent was the smartest thing he’s done so far in the NFL because he’s not subject to the timeline that an agent would have,” said Hawkins during his appearance Thursday on The Dan Le Batard Show with Stugotz, where he was on to promote his new virtual reality game, NFL Pro Era. “By doing that and just waiting, he’s made himself tens of millions of dollars, maybe even in the nine-figure range.”

Not having an agent to answer to has given Jackson a unique freedom to call his own shots, though it also makes him vulnerable to missteps like the stunt he pulled earlier this week, changing his Twitter header to “I NEED $.”

his first move in contract negotiations 😂

Jackson, at this point, seems content to keep kicking the can down the road. In all likelihood, the Ravens will sign him to the franchise tag next offseason, preventing him from reaching free agency, at least for another year. The 25-year-old is still in the driver’s seat, but he’s playing a dangerous game, especially given his physical, at times reckless, style of play. Just ask Cam Newton, a similar run-first quarterback who, in recent years, has deteriorated rapidly, his career all but over as age and injuries have reduced him to afterthought status, a shell of the dominant force he was in his Panthers prime.

“It’s genius,” said Hawkins of Jackson’s patience, allowing Rodgers and other contemporaries to shape the market as quarterback salaries continue to rise. “Lamar Jackson knew what he was.”