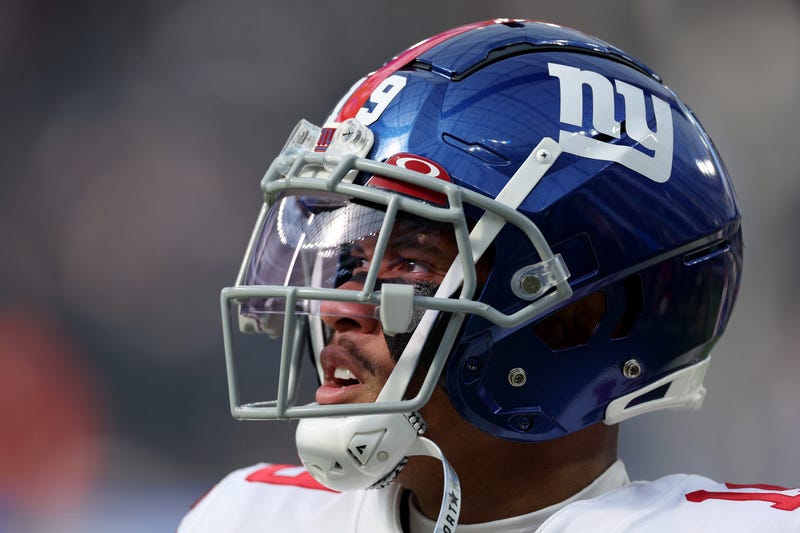 It’s been a rough couple of years for Kenny Golladay, who has fallen well short of expectations since joining the Giants as a priority free agent in 2021, struggling to stay healthy while showing scarce evidence of the speed and athletic traits that made him so successful with the Lions. Golladay’s debut season with the G-Men couldn’t have gone much worse, averaging a career-low 37.2 yards per game without scoring a single touchdown.

Injuries and inconsistent quarterback play will do that to a player (poor coaching also conspired against him last year with Joe Judge and Jason Garrett proving ill-equipped to run an NFL offense), though Golladay’s troubles would appear to run much deeper, displaying little of the poise and confidence that propelled him to stardom early in his career. Golladay looked utterly lost in Thursday night’s preseason opener, corralling a single catch for six yards on three targets against New England, including a costly drop on New York’s opening drive.

3rd down and…. Kenny Golladay drops it. pic.twitter.com/u5nLX1nZ7h

Minutes earlier, Daniel Jones targeted Golladay on a deep ball down the right sideline. Despite having four inches and over 20 pounds on defensive back Terrance Mitchell (a 13-game starter for the Texans last season), Golladay never had a prayer, looking sluggish in his cuts while struggling to gain any separation downfield. Golladay’s lack of burst, showing as much urgency as someone sipping a frozen margarita by the hotel pool, is concerning to say the least, though it’s easy to forget it’s still August, a time of year when players are still getting up to speed, shaking off the rust after a long offseason.

While it’s hard to glean much from a meaningless preseason game—the few starters who played only logged a handful of snaps—if Giants fans were hoping to see a new and improved Golladay, that player was nowhere to be found Thursday night.

Golladay on big “worst contract in the NFL” watch

Me before the game: Don’t overreact. It’s just preseason.

Me after the first drive: the Giants should cut Golladay.

Golladay really was a product of Matthew Stafford ™️

When Kenny Golladay is told the play is headed his way. #NFL pic.twitter.com/CsCd4TfFYb