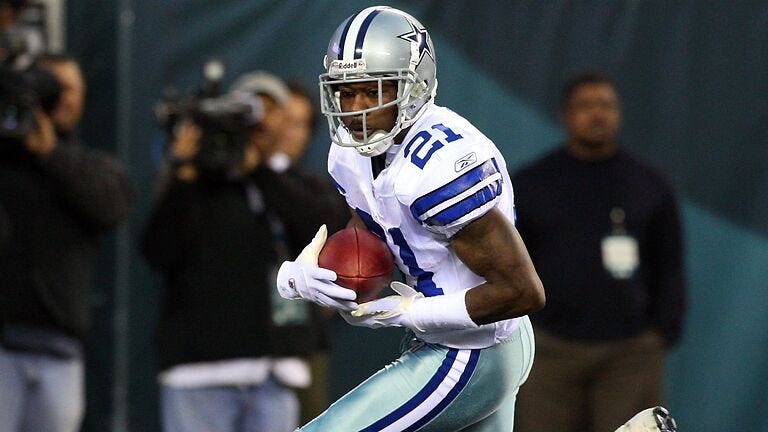 When Adam “Pacman” Jones arrived in Dallas in 2008, it was the opportunity for another chance.

Everyone knew how talented of a defensive back and kick returner Jones was. But his off the field problems had come to a head, with Jones getting suspended for the entirety of the 2007 season for a melee at a nightclub in Las Vegas. That was enough for the Tennessee Titans to move on, trading him to the Cowboys before the 2008 campaign for a fourth-round pick.

He was reinstated into the NFL that year, but was on incredibly thin ice. So, when he got a chance to talk to Cowboys owner Jerry Jones after the trade, the cornerback recalled on the “I Am Athlete” podcast, Jones gave him some advice.

Ultimately, Pacman Jones’ fresh start in Dallas ended up resulting in controversy. He was suspended a total of six games for an incident with a team bodyguard in a Dallas hotel, and that ban plus an injury limited him to just nine games with the Cowboys that season. They cut him in the offseason, and it wasn’t until 2010 that he got another opportunity in the NFL.

He spent 2010 through 2017 with the Cincinnati Bengals before finishing his career playing seven games for the Broncos in 2018.