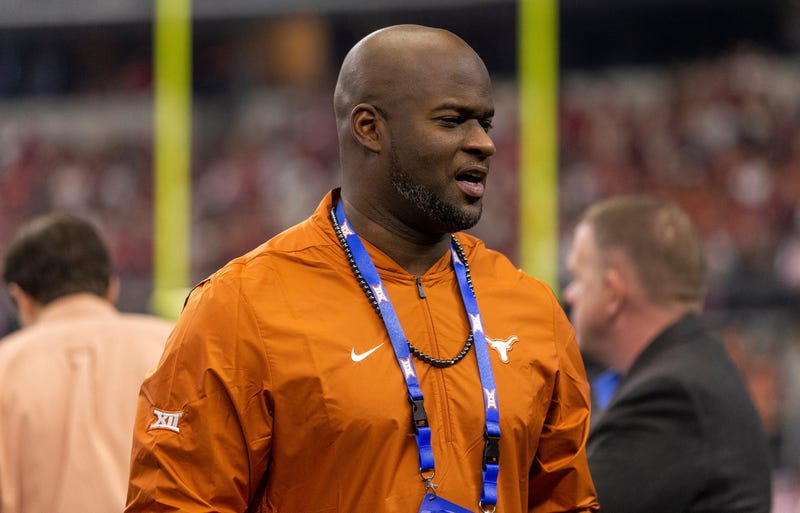 “When you’re playing at the University of Texas, you’re pretty much an NFL quarterback already. So, you’re going to need to have that pressure and competition in the quarterback room,” Young said during an appearance on “First Take” when talking about Arch Manning.

Vince Young thinks Arch Manning is ready for the pressure of playing at Texas:

"When you playing at the University of Texas, you're pretty much a NFL quarterback already." pic.twitter.com/E9lzCnYcW1

Whether you're playing at Alabama, Georgia or Ohio State, the pressures you face from fans, the franchise and your teammates in the NFL are astronomical. Just ask Justin Fields. He was loved at Ohio State but after arriving in Chicago, he is already facing massive pressure from the media despite only being in the second year in the league.

As for Texas, there hasn't been a QB that was highly regarded coming out of the program since Colt McCoy -- who is still in the league as a backup but outside of him and Young, Texas hasn't produced many NFL caliber QB's the past few decades.

Manning certainly could change that as he's already a legit NFL prospect before ever playing a game for the Longhorns. If he doesn't live up to expectations, social media and UT haters will crack jokes about "Texas being back" and let him know about it but that still won't compare to losing in the NFL.

Until Manning steps on the field, we can only speculate how good he will be.