There was no doubt that Deshaun Watson would start for the Cleveland Browns once reinstated from his suspension, but will he truly be an upgrade right now?

Despite the Browns' 4-7 record, Jacoby Brissett has played well so far this season. The veteran signalcaller threw for at least 220 yards in eight of his 11 starts while completing 64% of his passes. He has 12 touchdown passes and six interceptions on the season.

NFL Insider Brian Baldinger of the Audacy Original Podcast “In The Huddle” gave his thoughts on what to expect from Watson the rest of the season in Cleveland.

“Jacoby Brissett isn’t the reason why the Browns are where they’re at. They played a great game last week against Tampa and Jacoby Brissett has been really good, he’s been really solid – way better than I thought he would be,” Baldinger said (17:14 in player above). “So my question is who expects Deshaun Watson after not playing for basically two years to go out and have the timing and all the stuff to see the field and all the things you got to do?

“I just think it’s going to be a hard transition. I know you paid him to be the starter and you went through all of this to do it so you got to play him, but I’d be surprised if he plays better than what we have basically seen Jacoby do week in, week out, which has been lead, make good plays, find the open receiver.”

The Browns have had a variety of issues hamper them throughout the season, Baldinger explained, but Brissett isn’t near the top of the list.

“The last guy that I’d say was responsible for the record they have right now is Jacoby, but I understand, alright, this is the moment we’re playing for,” Baldinger said. “I just think it’s going to be tough to expect Deshaun to go out there and play at a high level.”

Quarterback is the most important position on the field and the speed of an NFL game can’t be replicated in practice. Watson hasn’t seen game action since Week 17 of the 2020 season on January 3rd, 2021. A quarterback that missed a few weeks can show some rust, so it'll be interesting to see how Watson looks nearly two years removed from NFL action. 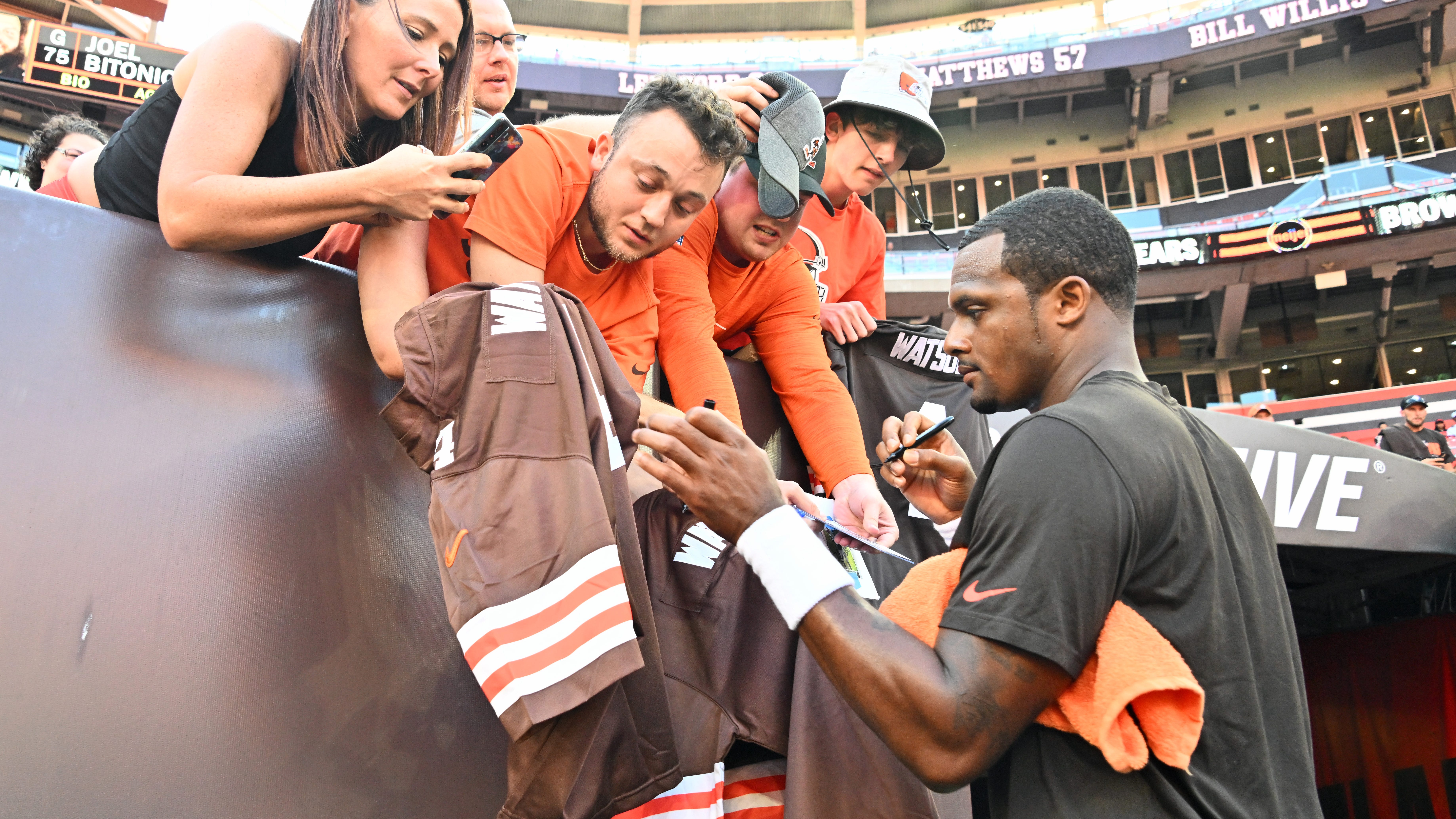