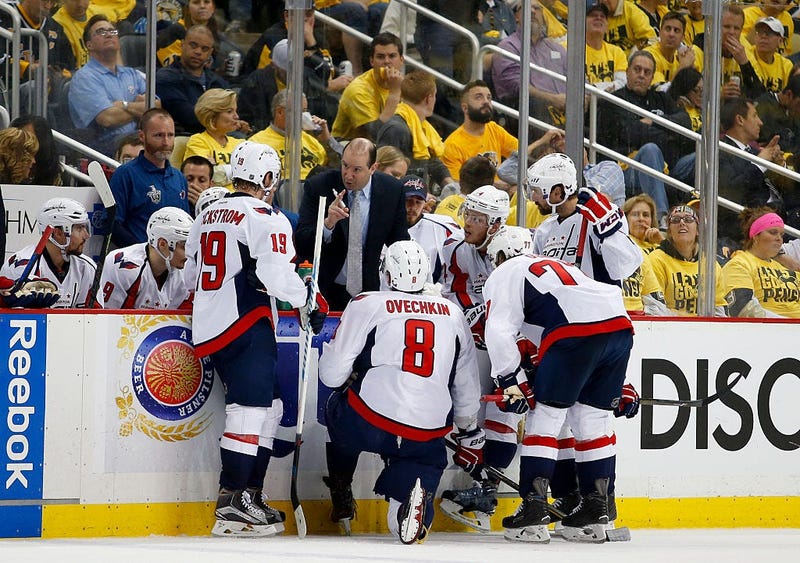 John Carlson is the Capitals' new $64 million man, bringing continued expectations and pressure for another Stanley Cup, better statistical production, and more scrutiny with every word he says.

Never one for splashy quotes, Carlson met with the media at Kettler Capitals Iceplex on Monday morning.

The contract talk was first, and while important, I was more interested in what came next: discussing the next head coach of the Washington Capitals.

With Barry Trotz resigning a week ago – and being announced as head coach of the Islanders three days later – Monday was the first opportunity to get a player's thoughts on their former head coach, and Todd Reirden, the leading candidate to replace Trotz.

"Barry was great," Carlson, somewhat uncomfortably, addressed the topic. "But he was coach when we won the Stanley Cup. That's pretty good memories with someone."

"Guys have a lot of respect for Todd," he said. "If that's the case, then he's going to do a great job. That's just kind of where we're at. I don't want to speculate."

Carlson was pressed for more on how Reirden's role evolved within Carlson's rise in the organization.

"From the moment that Barry and Todd got here, obviously Todd does the 'D,' so I dealt more directly with him in terms of the little things and nuances of the game, and just kind of formulating a plan to get better and how to achieve the goals that I wanted to achieve," Carlson said. "I thought he was crucial for my career and changed a few things, how I looked at the game, changed a few things with the ‘D’ that I think really benefited everyone on 'D.' He made it pretty clear what he expected of us and allowed us to go out there and do the rest."

Part of being a head coach is more than just being a good tactician.

Carlson expanded Monday morning on Reirden's ability to adapt to different needs and individuals, often the hardest transition for a coach to make.

Reirden is expected to interview officially for the position at some point this week. There are no other known candidates as Reirden is the overwhelming favorite.

"I think that would be a lot easier of a transition," Carlson said. "But that's not my call to make."