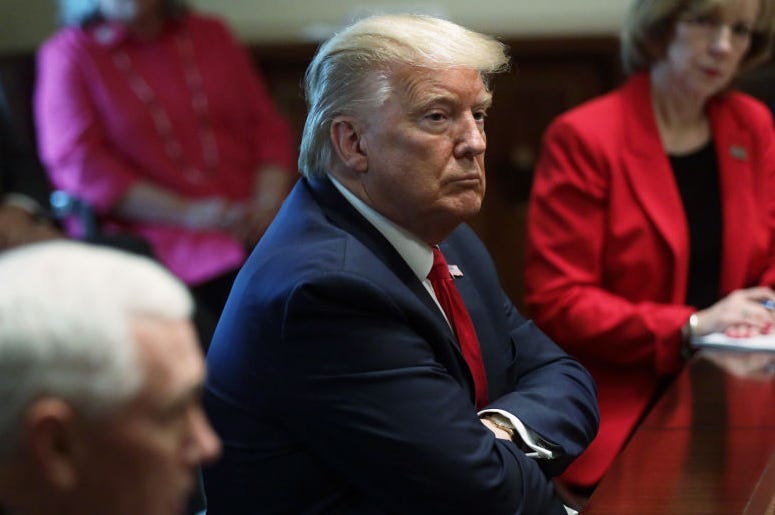 U.S. President Donald Trump is set to attend Game 5 of the World Series Sunday, an unavoidable truth to fans subjected to a rigorous uptick in security measures as they entered Nationals Park.

A half hour before game time, many fans had still not gained entrance into the park, more likely due to delays caused by the extra security rather than late arrivals, as Nats Park has filled up hours before first pitches for both Games 3 and 4.

President Trump will not throw out the ceremonial first pitch at Nats Park, a tradition carried on by both previous presidents, Barack Obama and George W. Bush, at some point during their presidencies. That's not to say it couldn't still happen at a future date.

Commissioner Rob Manfred told reporters that Major League Baseball asked the president if he'd like to throw out the first pitch, but he declined. Instead, that honor will go to renowned D.C. chef Jose Andres, a humanitarian and political antagonist to the president.

CNN reports the president will be accompanied to Game 5 by the First Lady, Melania Trump, and they will sit in a suite behind home plate alongside Congressional friendlies, House Minority Whip and Louisiana Rep. Steve Scalise, Florida Rep. Matt Gaetz and South Carolina Sen. Lindsey Graham.
The Washington Post further reports that Trump plans to arrive after the game begins, a decision Trump made, Manfred says, to avoid the influx of fans due to heightened security concerns.