The changing of the guard happened at a weird time for the Pittsburgh Steelers. Mike Tomlin decided to replace Mitch Trubisky with rookie Kenny Pickett at quarterback for the second half of Sunday’s game against the Jets.

There was no injury for Trubisky. The Steelers weren’t out of the game as they trailed by just four points. But Tomlin decided it was time for Pickett to take over at home.

Colin Dunlap and Adam Crowley of the Audacy Original Podcast “Fourth Down In The Steel City” discussed what motivating factors could’ve played a part in Tomlin deciding to make the change at quarterback.

“I’m full on board with Kenny Pickett being the quarterback of the Pittsburgh Steelers right now. I’m just lost on why right now. It either needed to happen out of the chute, after Cleveland made it to where it was inevitable, or you ride out Mitch Trubisky just a little bit longer. It doesn’t make sense to put him in a relief pitcher role in the middle of the Jets game,” Dunlap said (5:03 in player above).

“I’m actually starting to wonder – this is Johnny Conspiracy Theory in me – I’m starting to wonder if the call came from on high at some point during Sunday’s game. The crowd is restless. They’re being embarrassed. Stranger things have happened. It’s very easy to never answer that question, but you have a place in Heinz Field where people seem ready to burn that building down. It was the second series, they’re already chanting his name. I think there’s a very small chance that that probably happened, but I wonder if the owner got involved," he continued. "I don’t think the general manager ever would. I don’t think the new director of football or whatever would because he’s maybe just too new in town. But I just wonder if the guy whose name is on the practice facility and whose name has been associated with the team since 1933 said ‘Hey Mike, I’m not telling you what to do but what the hell are we doing here?’”

The Steelers were gifted a field goal after a roughing the passer penalty as time expired in the second quarter. They entered halftime down 10-6 with Trubisky going 7-for-13 for 84 yards and an interception. With the calls for Pickett coming from the crowd, the rookie took over in the second half.

“I don’t think Mike Tomlin consciously was affected by the crowd, but I definitely think he was subconsciously affected by the crowd. Not only was the offense stagnant early, but you also just the energy and it came through on TV,” Crowley said. “The energy in the crowd, the negativity was palpable, I could feel it. You could feel it in the city building up to the game. And I’m not saying that Mike Tomlin heard the Kenny Pickett chants and said ‘Oh, we got to go with the rookie,’ but I do think that when you’re on edge as it is, that feeling that the city pounded down, rained down upon the Pittsburgh Steelers, I think it only adds to your impatience. Mike Tomlin has preached patience. I think the energy wound up being part of the decision, the gut decision of Mike Tomlin to play Kenny Pickett if it was a gut decision.”

While Crowley wondered if the crowd was a subconscious factor, Dunlap took that thought a step further.

“I think he was consciously affected,” he said, throwing aside the Rooney conspiracy theory for this exercise. “I do think that Mike Tomlin could’ve been consciously affected and I’ll paint the scenario for you… Tomlin’s walking up the tunnel, they’re getting booed off their home field, which has happened a handful – and I don’t think I’m exaggerating – I think it’s probably only happened a handful of times in Mike Tomlin’s career. They’re chanting one guy’s name.

“Here’s where the conscious part of it comes in: Mike Tomlin stands outside the locker room, or just in the doorway, or in the coach’s portion of where they go in, and says to himself, ‘OK, we can maybe get a spark if we go to Kenny. Also, he can run this kind of stuff. Maybe we’re still in this football game. And also, the crowd is turning on me. They’re changing the guy’s freaking name.’ From a conscious situation, even if it’s a small variable, a 2% variable and the other 98% is football, I just think he thinks that to himself if he doesn’t audibly say it to somebody on the offensive staff,” Dunlap continued. “If not, someone on the offensive staff says, ‘Hey Mike, like they’re turning on us here.’ I just think it did play into it consciously. It wasn’t the driving force or determining factor or a big percentage of the move, but I think we’re naive to think it didn’t play a part.”

Sports crowds can play a factor in a variety of ways. Perhaps that was the case on Sunday for Tomlin.

“He’s a human,” Crowley said. “The same way I’ve always thought it is more likely that the home team is going to get that charge call in college basketball from the official, it’s the same thing here with Mike Tomlin. Regardless of whether he consciously makes that in his mind or not, I think it absolutely played a role.” 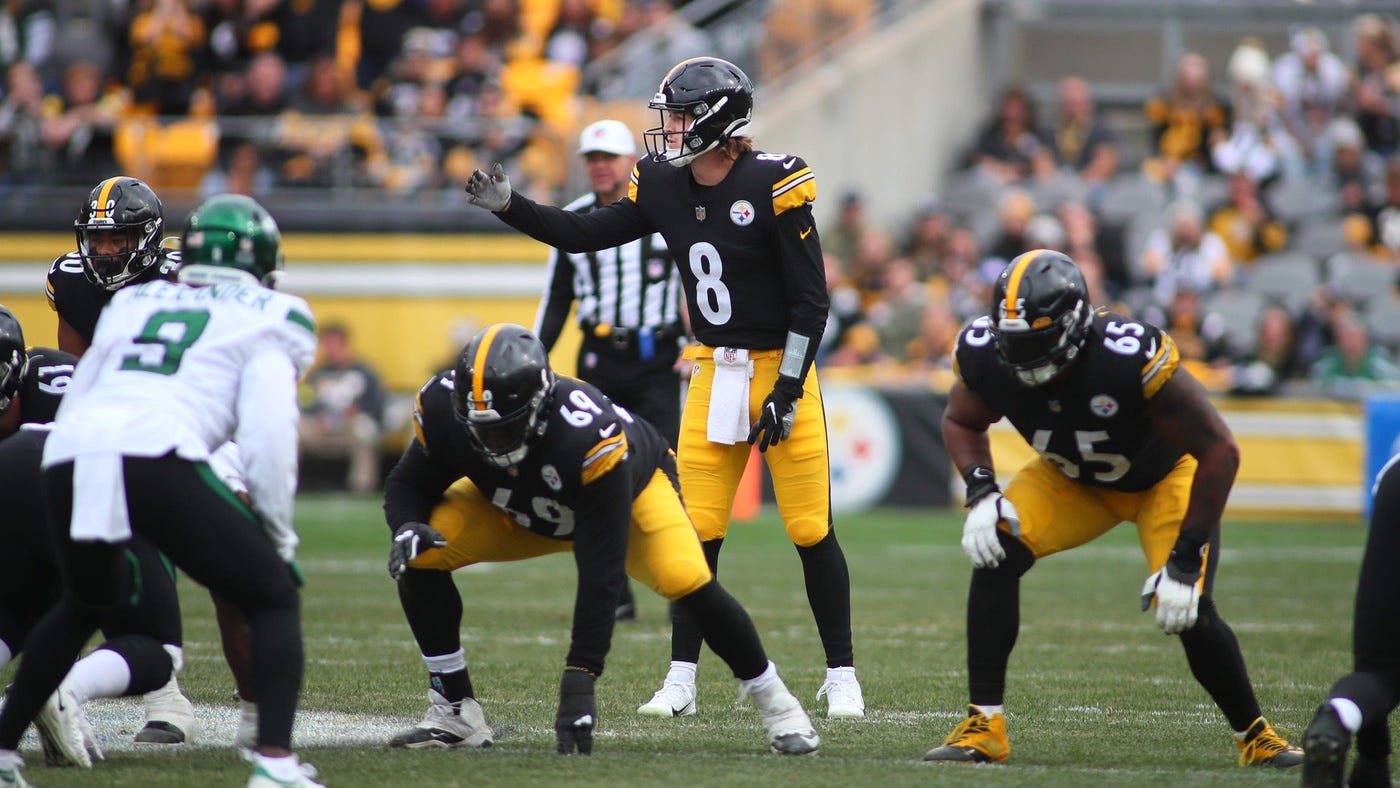 Where was the preparation from Tomlin for Pickett?