If Joe Kelly has a thought, he says it – and he’ll often say it publicly.

He thinks more MLBers should do the same.

Baseball players are notoriously tight-lipped, but Josh Donaldson’s remark to Tim Anderson over the weekend has prompted a bucking of that trend in Chicago. Kelly, Liam Hendriks, Yasmani Grandal and Tony La Russa all fired back at Donaldson in defense of their White Sox teammate, but rounding up that many guys to rip an opposing player is highly uncommon – even if it’s in response to something obviously wrong.

Kelly, appearing on 670 The Score in Chicago, took aim at Donaldson by calling him a “douche,” a belief he reiterated later on WEEI’s “Bradfo Sho"podcast

“A person that’s not a douche wouldn’t say that,” Kelly said of Donaldson. “Only people that say that are bad human beings. If you say something as racist as that, genuinely (for) everyone (the thought of calling him a douche is) going to go through their head. Maybe not that word, maybe it’s some other word, but most people won’t say it. But if you’re thinking about it, it’s still bad, you might as well say it.”

Again, such comments – especially ones that later are doubled-down on – are not the norm in the game.

For Kelly, he simply can’t see why players fret over choosing their words so carefully.

Often, such fears stem from worry over backlash that certain comments could cause, and how it might adversely impact someone’s brand or lead to criticism on social media.

Kelly, you guessed it, doesn’t find that to be an acceptable excuse.

“Think about what you’re saying," Kelly said. "If that’s the worst thing someone has to deal with – what does that even mean? ‘I have to deal with this on social media, oh this is going to hurt my brand.’ What does that mean? Only in America are people saying that. There are wars going on, people have lived 10 people per 20-square-foot room in third-world countries.

“The worst thing that could happen to you is someone makes fun of you or someone wants to fight you? Fight them. What’s the worst that could happen, you get punched in the face. Yeah, it’s gonna hurt, oh well. There’s only two outcomes. There’s nothing wrong with it. Like, why are you worried about all these outside factors?

“Oh well, you said it, who cares. If it hurts your brand, it hurts your brand. It’s either going to hurt or help it. And if that’s what you’re worried about instead of playing the game or going out there and just living your life, then you have more problems, to me.”

Donaldson only was suspended one game for his comment, which he is appealing. Judging by the response from Kelly and other White Sox to the act itself, it’s unlikely they'll find that to be a satisfactory punishment. 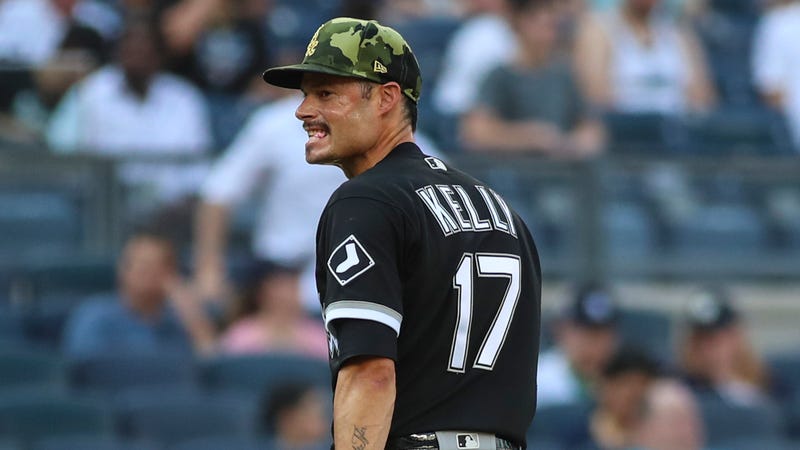