Domingo German apologized to the Yankees as a whole this week following his 81-game suspension for violating MLB’s domestic violence policy, and while his teammates received that apology, they will still wait to see if the 28-year-old can back up his words.

Luke Voit spoke to reporters shortly after German’s first public comments since a 2019 domestic violence incident at a charity event hosted by CC Sabathia, and made it clear that while German’s apology was received, it isn’t the end of the road for German in proving himself to the team. 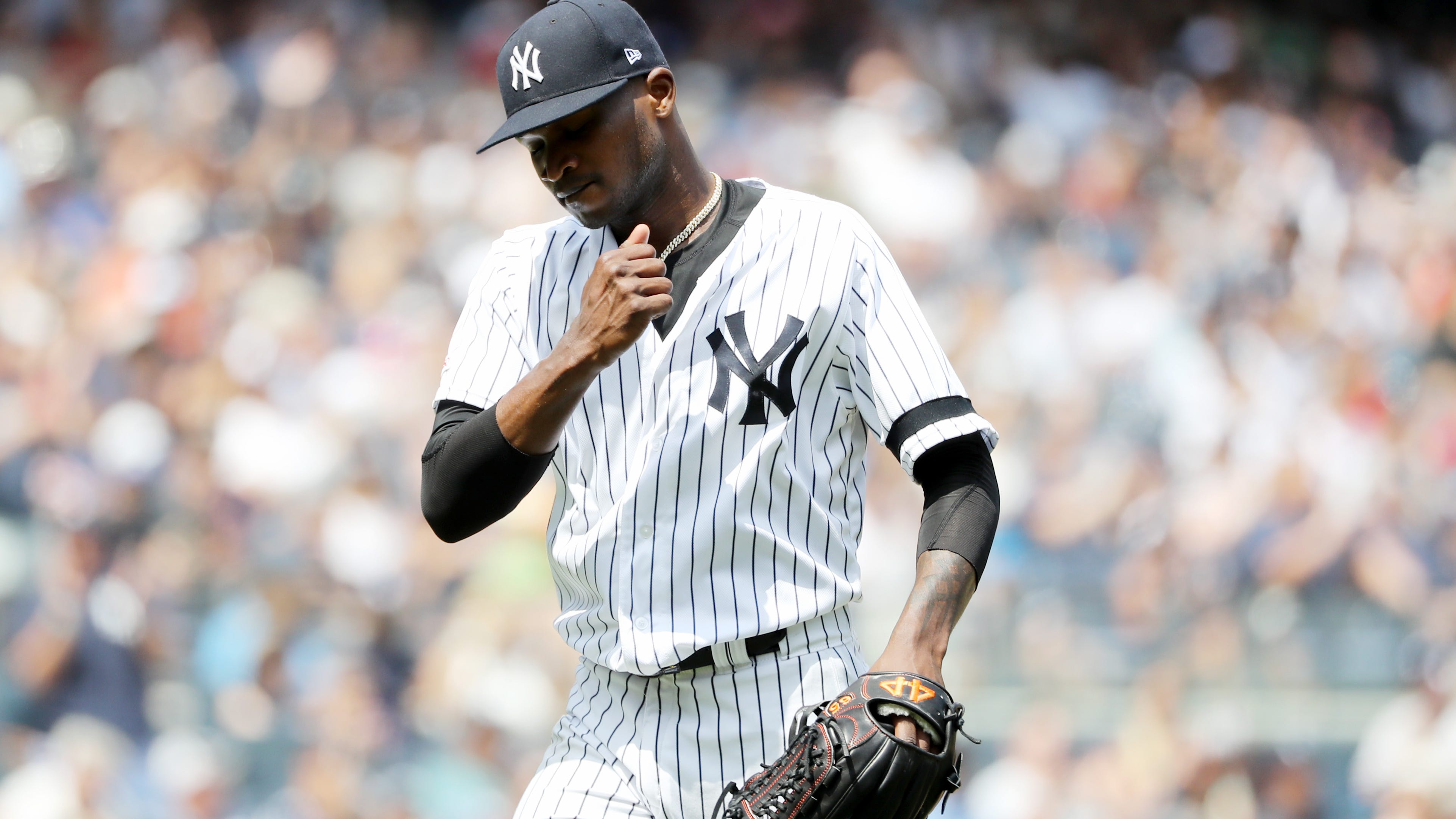 “I think what Domingo said has to stay within the team,” Voit said. “He messed up in life and I don’t condone any of the things he did. He’s getting a second chance at this.”

Voit expressed his support for German, who is back with the team for the first time since September of 2019, but that support will have its limits.

“We have his back, but he’s skating on thin ice,” Voit said. “He needs to get his life together.”

Zack Britton spoke to reporters last week before German addressed the team, saying “you can’t pick your teammates” in regards to German. Britton and German have since spoken about those comments, and has now talked with Voit and the rest of the team, who will take a wait-and-see approach on if German has truly turned a corner.

“I think he’s doing the right steps to do so, but again, he’s got to prove to us that he can do that,” Voit said.

news
Universal Studios Hollywood reopens today after being shuttered for over a year
news
Chiropractor first person charged under new COVID-19 act for 'bogus' health claim
music
2021 ACM Awards: Old Dominion has 'friendly competition' going on with these fellow ACM nominees
music
A public memorial for DMX will be held at Brooklyn's Barclay's Center
music
Patricia Arquette’s most awkward date was with a convicted murderer: ‘I gave him a fake number’
music
Kyra Sedgwick was banned from Tom Cruise's home after touching his panic button