There is yet another turn in the drama surrounding the Brooklyn Nets, this one now involving Ben Simmons.

The All-Star point guard has deactivated his Instagram account over the Fourth of July weekend amid reports that Kevin Durant has requested a trade.

Simmons, 25, has yet to play a game for the Nets since he was acquired in a midseason trade in exchange for James Harden from the Philadelphia 76ers.

He spent last season refusing to play for the 76ers before begrudgingly reporting to the team but cited back and mental health issues as reasons he could not take the floor with both the Sixers and Nets. Simmons ultimately underwent surgery on his back once the Nets were eliminated from the playoffs.

It is unclear exactly what Simmons’ intentions are by deleting his Instagram page. Some athletes have deleted or scrubbed their social media pages to express displeasure with the current situation and things are indeed messy with the Nets.

Kyrie Irving opted into his $36.4 million player option but could still be traded after contentious negotiations. Meanwhile, Durant’s reported trade request comes with four years left on his contract, giving the Nets all the leverage in a trade. The Nets are also asking for a record package of picks and an All-Star player in return for Durant, so it is not even clear if a trade will transpire.

Either Simmons does not want to be with the team if Durant and Irving are gone, or maybe he just wants to stay away from it all as the rumors unfold. Nevertheless, it adds to the intrigue in what has been a tumultuous offseason for the Nets. 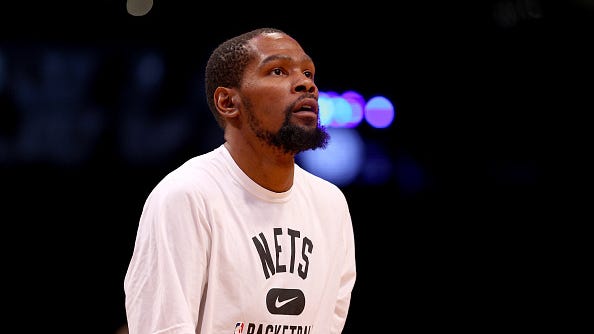