Golf star Rory McIlroy has downplayed questions about Tiger Woods' career prospects in the wake of his devastating car crash in California.

McIlroy, addressing reporters on Wednesday following Woods' single-vehicle rollover crash, said Tiger's future on the tour was "not even on the map at this point."

The 31-year-old four-time major winner was speaking from the World Golf Championship in Florida, and was asked whether he believes Woods can return to competitive golf. 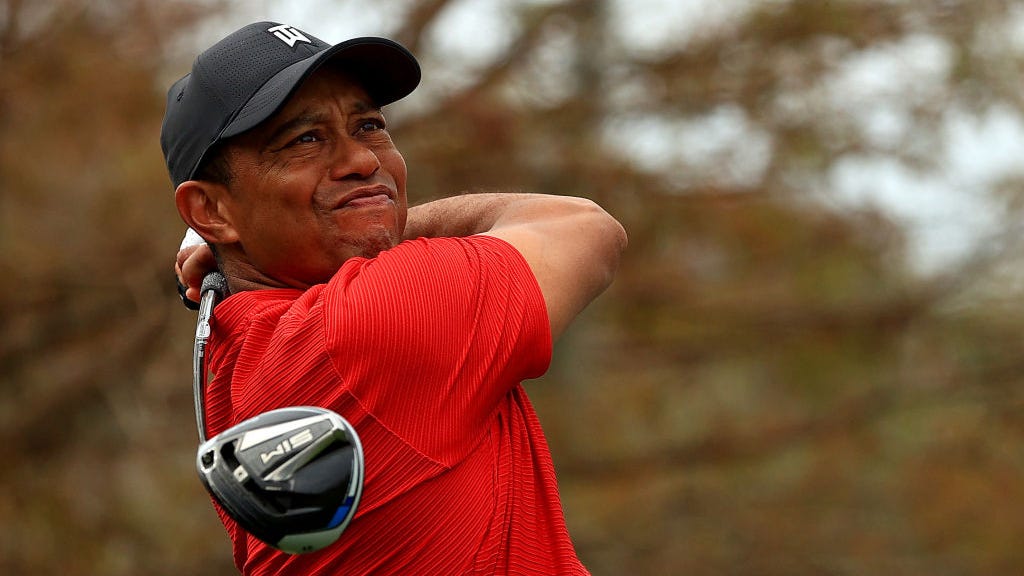 "At this stage, I think everyone should just be grateful that he's here, that he's alive, that his kids haven't lost their dad," McIlroy said. "Golf is so far from the equation. ..."

“Listen, when Tiger wants to talk about golf, we’ll talk about golf,” Monahan said. “When you’re going to overcome what he needs to overcome, I think the love of all of our players and everybody out here, it’s going to come forward in a big way and across the entire sporting world.

“I think he’ll feel that energy and I think that’s what we should all focus on.”

However, a Tiger comeback is "very unlikely," according to the chief of orthopedic trauma at Stanford University Hospital, who cited Woods' age and his lengthy history of injuries and surgeries as major obstacles to a potential return.

“I would say, unfortunately, it’s very, very unlikely that he returns to be a professional golfer after these injuries," Dr. Michael Gardner told the Associated Press. “His age, his multiple back issues -- this is going to be a very long road ahead if he chooses to attempt to return to his previous level of golfing.”

Woods has previously had multiple surgeries on his left leg to repair ligament damage, as well as multiple procedures on his balky back, including the 2017 spinal fusion surgery that preceded his incredible victory at the 2019 Masters.

McIlroy, who is reported to have struck up a friendship with Tiger over the years, also warned that expectations should be tempered.

"He’s not Superman," McIlroy said. "He’s a human being at the end of the day, and he’s already been through so much."

The native of Northern Ireland noted that Woods was already becoming less of a presence on the tour in recent years, and he fully expects Woods to remain involved in the sport even if his playing days are over.

“Hopefully, he comes back and is able to play, but if he’s not (able to), I think he’ll still be a part of the game in some way, whether it’s design business, his foundation and hosting golf tournaments,’’ McIlroy said. “It may be the end of seeing the genius at work with a club in his hand, but there’s still a lot of other ways that he can affect the game in a great way.’’

Woods, 44, was reportedly awake and responsive after surgery at Harbor-UCLA Medical Center in Los Angeles to fix fractures in his legs and a "shattered" ankle, with rods, pins and screws being inserted to stabilize the injuries.

"He's here, he's fine, he's got some pretty bad injuries, but he's going to be okay. I was looking at some of the coverage yesterday, and they were talking as if he was gone. It's like, he was in a car crash. It was really bad, he's very fortunate to be here, which is great, but I mean, that's the extent of it."

music
Man faces charges after chopping down 150 trees
music
Taco Bell is going to start reusing hot sauce packets
music
Weezer gives us some of that with new song ‘I Need Some of That’
music
We weren't sure about the Oscars, until we found out Questlove is playing a role
news
Latinoamericanos ricos están viajando a EE. UU. para vacunarse contra el COVID-19
music
Tenille Art's did what to her boyfriend? And it was HIS idea