At Panthers OTAs on Tuesday, Darnold expressed optimism and faith he could still live up to the expectations that came with him as a first-round pick.

“As long as I know what we’re doing, what the defense is doing, I’m confident I can be one of the best quarterbacks in the league,” Darnold said when meeting with reporters.

Through four seasons in the NFL — three with the Jets and one with the Panthers — Darnold has a career record of 17-32 with 54 touchdowns and 52 interceptions.

There were plenty of rumors earlier this offseason that the Panthers were pushing to acquire Deshaun Watson and many believed they might have taken a quarterback in the draft.

Neither of those things happened, although head coach Matt Rhule has not necessarily ruled out bringing in a veteran at some point. Recent reports have even come out that the Panthers are willing to bring back Cam Newton, albeit as a backup, though.

“What Sam has been through this season has been very hard,” Rhule said, per ESPN. “Your back’s against the wall, everyone’s kind of questioning whether you can do this or not. We’ve seen a guy who has shown up wh has a little more edge to him. He’s very, very focused.”

Perhaps the biggest threat to Darnold’s chances as a starter are if the Panthers try to trade for Baker Mayfield. The Cleveland Browns quarterback remains disgruntled after the team traded for Watson and does not have much of a role, but is owed $18.8 million this season.

Darnold, who was actually taken two picks after Mayfield in 2018, understands the possibility of something like that happening, but remains focused on what he can control.

“Everyone, including myself, knows the situation,” he said. “But with that being said, it doesn’t change my mindset. I have a great attitude about myself going into every day.” 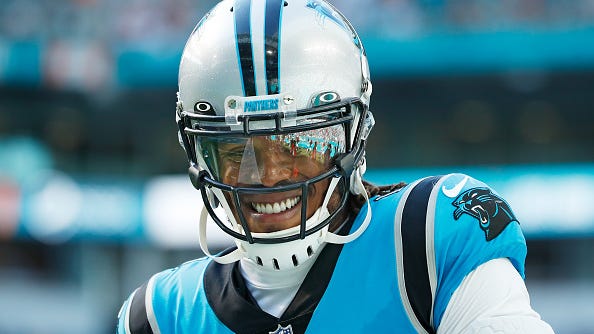 Panthers willing to bring back Cam Newton, but only under these circumstances