In his radio debut with The Sports Junkies on Monday morning, former Washington quarterback turned ESPN analyst Robert Griffin III said the Commanders' victory over the Jaguars on Sunday showed the best and worst of Carson Wentz.

"Simply put, it was the most Carson Wentz game of all time," Griffin said on 106.7 The Fan. Wentz nearly threw the game away, throwing two boneheaded interceptions late in the game that led directly to 10 Jacksonville points and a temporary Jaguars lead in the fourth quarter. That is, Wentz led the Commanders back with a pair of late touchdowns to Terry McLaurin and rookie Jahan Dotson, for the 28-22 victory.

"Carson Wentz is a special player," Griffin said. "He throws for 313 yards and four touchdowns, and then he has those two interceptions that are just head-scratchers, right? He made the two cardinal sins on the out route — you don't throw it late, and you don't leave it inside. He did that and he got picked off, and then he throws one directly to Travon Walker which, to me, I don't know if anybody else was watching but the screen was never there. He shouldn't have even thrown the ball. Because if Walker didn't pick it off, the other guy was gonna knock it down."

Asked if he could hazard a guess at what Wentz was thinking on that play, Griffin replied, "I think on Friday, they told him, 'Hey Carson, on this play you don't have to think at all. Just fake it to the running back, turn around and fling it to him. He'll be wide open for ya.' So he probably shut his brain off in that moment and didn't truly see what the defense was doing, but when that play's not there, you've got to throw it at the running back's feet."

"But that's why I said it was the most Carson Wentz game ever," Griffin continued, "because then he comes back and he makes that throw to Scary Terry down the sideline, that there might be five guys in the league that can make that throw. He pumps it and throws it, hits him on the money down the sideline for a touchdown. And I think that's why he has been the starting quarterback on three different teams in three years, is because of that type of talent.

"And so for him, in that moment, he's probably thinking, 'Oh my God, here we go again. The Jacksonville Jaguars, they're my kryptonite.' But he overcame that. I think he bought himself a couple more weeks. At least with you guys, because I know if it had went bad, it would have been really bad. "

"It would have been rough," Junkies host Eric Bickel conceded. 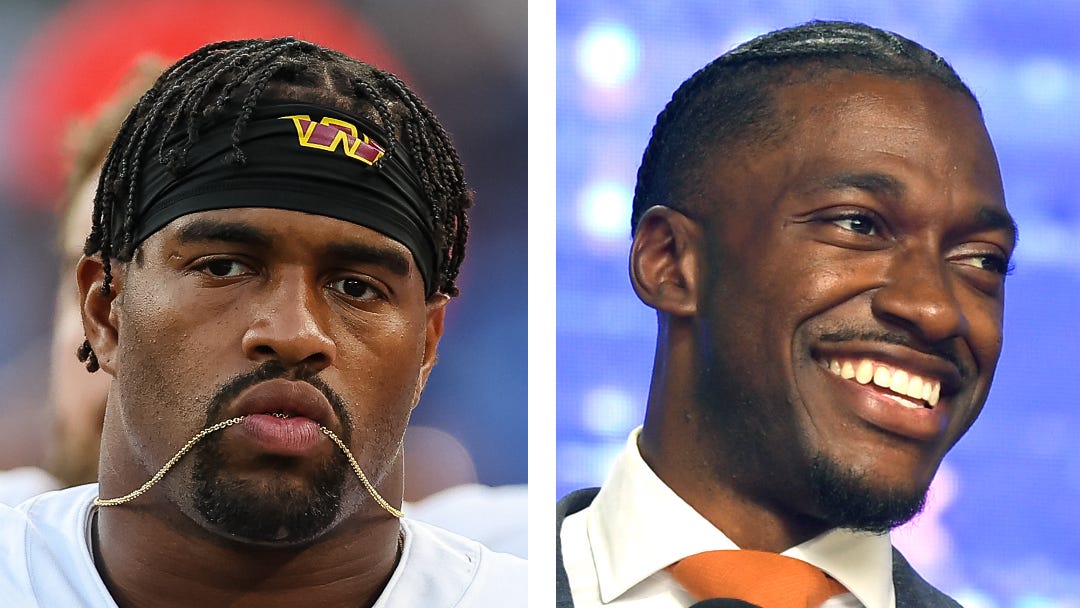 Asked what he sees in Wentz's game that makes him so inconsistent, Griffin presented a theory about the Washington starter getting bored during the game and thus trapping himself into committing dumb turnovers.

"I've known this about Carson for a long time, just since he came in the league," Griffin said. "My coach was telling me that he's a space thrower. So like, when they talk about guys being space throwers, it means that he's a wide-base guy, so he needs a lot of space to make throws. He's a long-limbed guy, so with that protection, if you get a lot of push up the middle, it's gonna make him sail the ball because he's not gonna be able to get all of his momentum through the throws."

"So ultimately I think it comes down to him just being bored at times," Griffin said. "He's so talented, he can make every single throw. He started the game out hot. I loved the first touchdown to pass to Curtis Samuel, where they used speed and quickness, right? Motioned him outside in, bring him back out. Speed and space as I say always wins the race. So I think Carson just gets bored sometimes and starts to make throws and play with things that he probably shouldn't. That's what she said."

"But to me, that's his own kryptonite, that he has to stay focused and the coaches have to keep him dialed in so he doesn't have those little mental lapses," he continued. "Because you saw the same thing in the game last year, when he was with the Colts versus the Jags. It was like hey, this is a game they should have blown the Jags out and he just struggled. And I feel like this was another situation... you look at the game 14-3, the Commanders should have blew 'em out! But, it turned into a game and part of that was the turnovers by Carson Wentz. If he cuts those out, I mean this team could be really, really dangerous down the stretch." 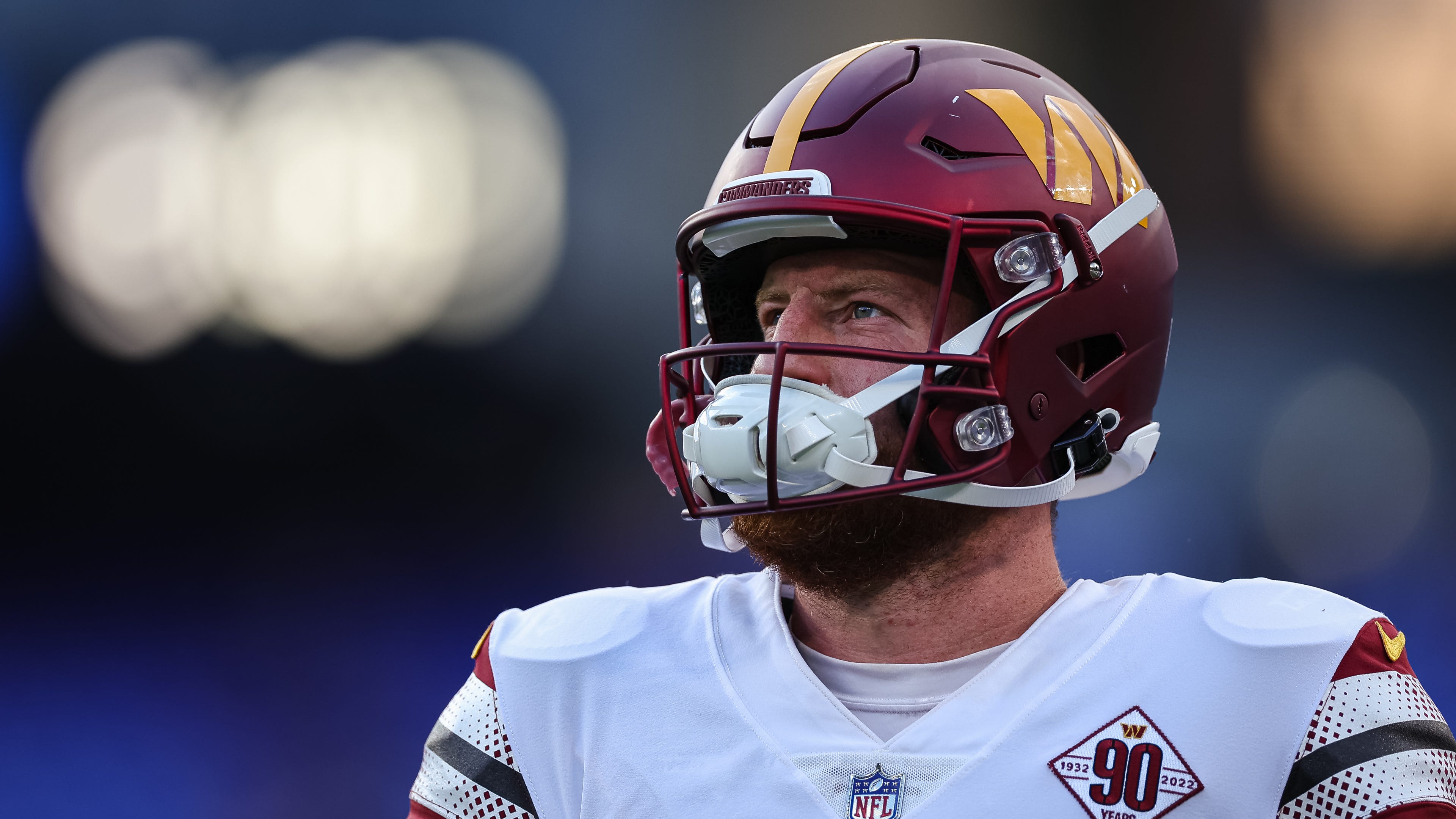 Baldinger: Carson Wentz looks to 'rip your jugular right out of your neck'