Young, who insisted to reporters after the game that he's not frustrated, certainly seemed so late in the game, when FOX cameras captured Young sharing some fiery words with defensive coordinator Jack Del Rio.

Afterwards, a reporter mentioned to Young that it looked like he was venting some frustration with Del Rio.

Asked to describe their conversation, Young replied, "Oh, basically just, you know, when we come back in the building, no bullshitting. If somebody's bullshitting, you let me know. Cause I ain't having that."

“When we come back in the building, no bullshitting. If somebody’s bullshitting you let me know” pic.twitter.com/bbdOTpOHlv

It's the type of leadership you hope to see from a player of Young's caliber, especially after a disappointing 1-2 start to the season, when the defense — which is supposed to be the signature of this team — has been among the NFL's worst through three weeks.

Washington also needs more out of Young, too, the 2020 Defensive Rookie of the Year and former second overall pick. The prize of what should be a fearsome defensive line, Young has recorded zero sacks this season, and has tallied just nine combined tackles and one pass deflection. 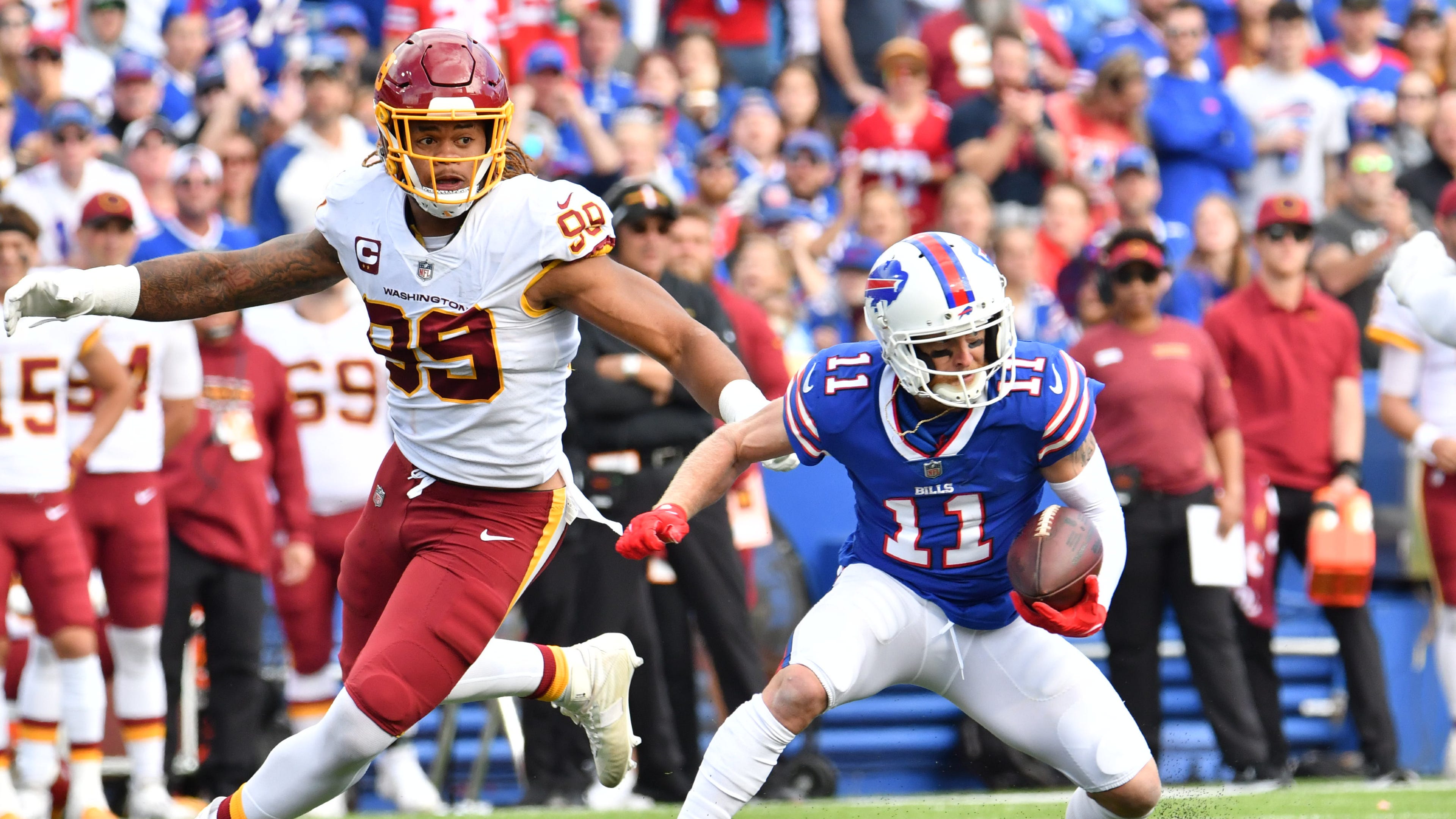 The Sports Junkies: Washington has 'most overrated defense' in football history