Peng Shuai, who, as recently as 2014, was ranked the top doubles player in the world, has not been heard from in almost a month, disappearing from the public eye after accusing former Chinese vice premier Zhang Gaoli of sexually assaulting her. Despite the government’s insistence Shuai is alive and well, the 35-year-old’s seeming disappearance has many concerned for her safety. In response, the Women’s Tennis Association has suspended all events in both Hong Kong and China until further notice. 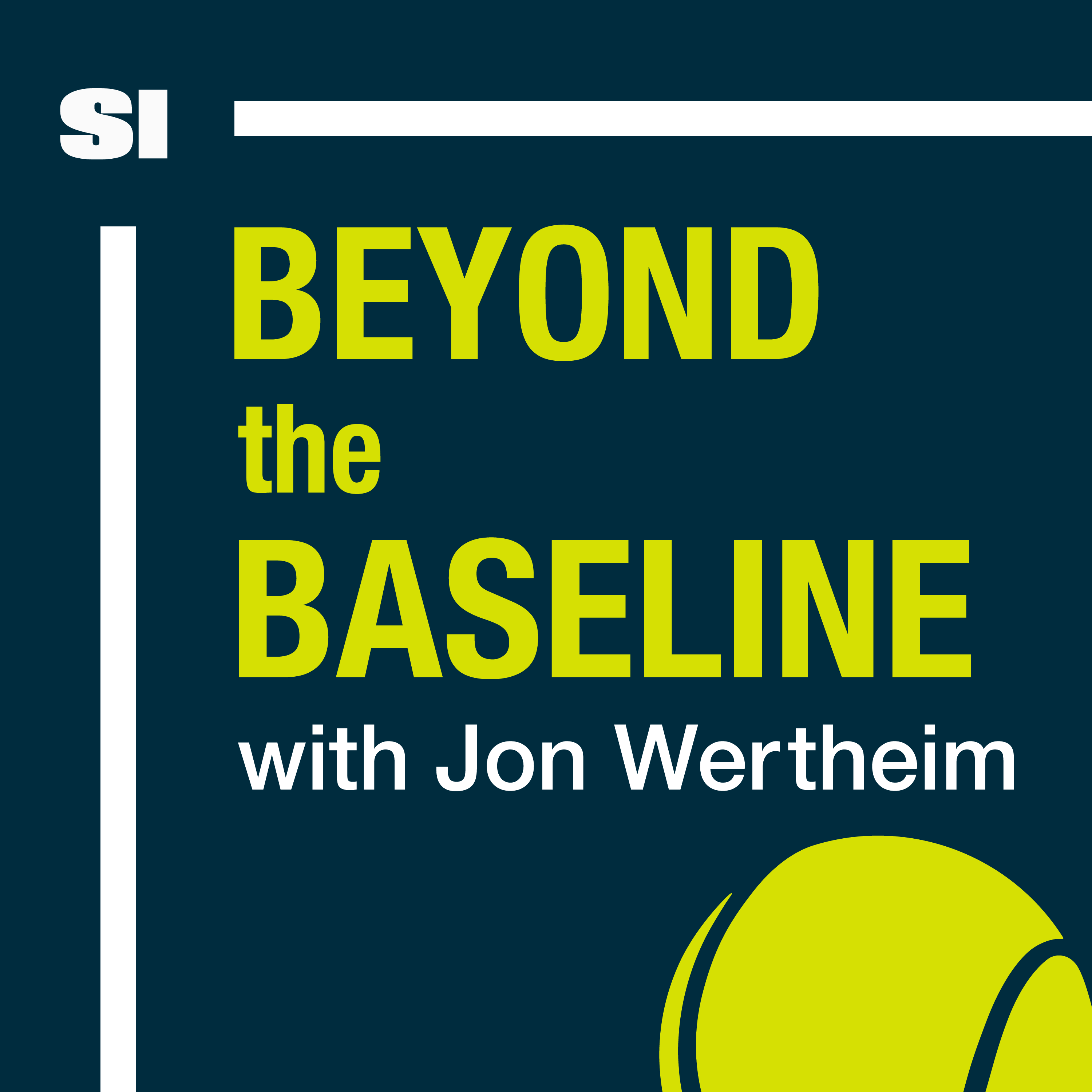 “On November 2, 2021, Peng Shuai posted an allegation of sexual assault against a top Chinese government official,” wrote WTA chairman and CEO Steve Simon in a statement issued Wednesday. “Since then, Peng’s message has been removed from the internet and discussion of this serious issue has been censored in China. Chinese officials have been provided the opportunity to cease this censorship, verifiably prove that Peng is free and able to speak without interference or intimidation, and investigate the allegation of sexual assault in a full, fair and transparent manner. Unfortunately, the leadership in China has not addressed this very serious issue in any credible way.”

"With the full support of the WTA Board of Directors, I am announcing the immediate suspension of all WTA tournaments in China, including Hong Kong."

Over the past few weeks, Novak Djokovic, Rafael Nadal, Roger Federer, Serena Williams and Naomi Osaka have all expressed their concern for Shuai, who last competed professionally in 2020. The WTA has not held any tournaments in China since the COVID pandemic, though nine events were staged there in 2019.

“While we now know where Peng is, I have serious doubts that she is free, safe and not subject to censorship, coercion and intimidation. The WTA has been clear on what is needed here, and we repeat our call for a full and transparent investigation—without censorship—into Peng Shuai’s sexual assault accusation. None of this is acceptable,” continued Simon. “In good conscience, I don’t see how I can ask our athletes to compete [in China] when Peng Shuai is not allowed to communicate freely and has seemingly been pressured to contradict her allegation of sexual assault. Given the current state of affairs, I am also greatly concerned about the risks that all of our players and staff could face if we were to hold events in China in 2022.”

China, which is slated to host the Winter Olympics in February, has come under fire for its sordid history of human rights abuses with Enes Kanter of the Boston Celtics urging both Nike and LeBron James, seen by many as the face of the NBA, to take action. This, of course, presents a conflict of interest as the NBA’s popularity overseas can be largely attributed to the league’s presence in China. Chinese labor is also responsible for much of Nike’s manufacturing needs.

With so much of the global economy entangled in China, James and others with Chinese business interests have been reluctant to push the envelope, cognizant that speaking out against their abysmal human rights record would mean risking millions—if not billions—of dollars. For instance, Kanter’s activism has quickly gotten Celtics games banned from Chinese streaming services.

Will the Olympic committee intervene, following the WTA’s lead by pulling the Winter Games from Beijing in support of Shuai and others who have been silenced? While that’s unlikely, President Joe Biden is said to be considering a “diplomatic boycott,” exploring the possibility of not sending any American delegates, as is customary (though athletes would still be permitted), to Beijing. 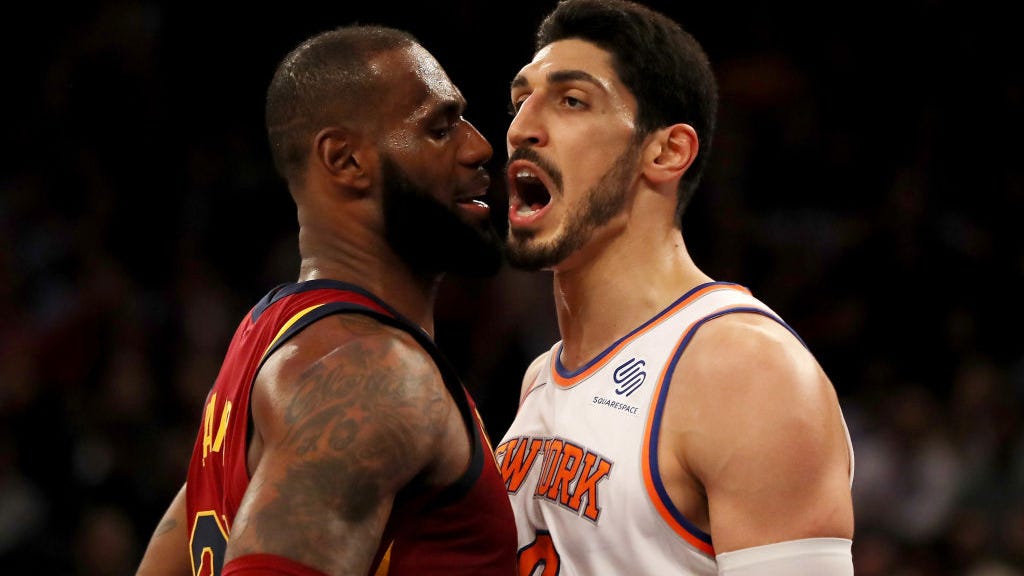 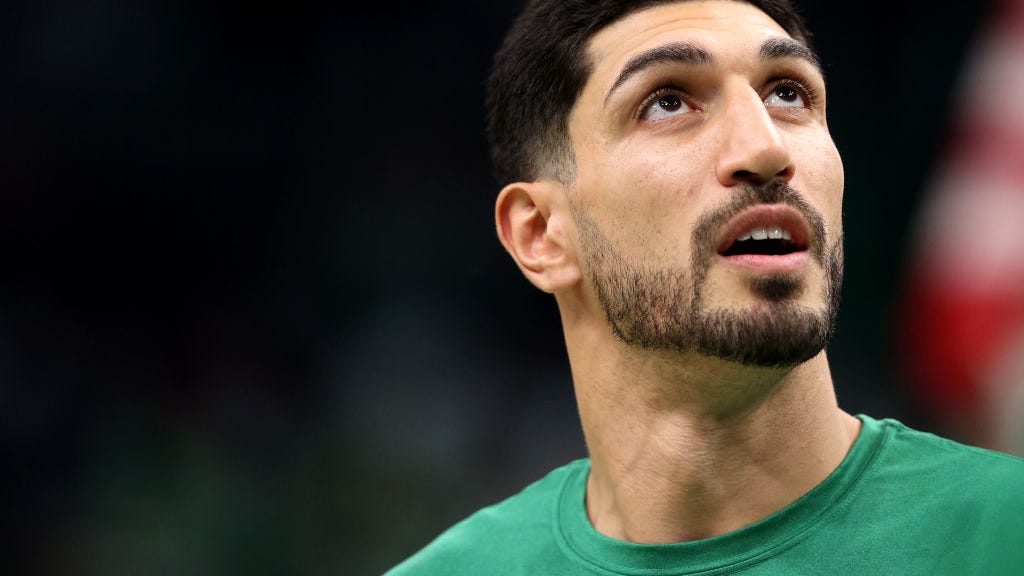