The Washington Wizards once again find themselves in that historically uncomfortable gray area, of not being good enough to compete for the playoffs and not being quite bad enough to tank for a top pick.

The Wizards are 19-26 -- including a 5-5 stretch in their last 10 games -- which lands them in 12th place in the Eastern Conference. Their overall record has included incredible swings, like a 10-game losing streak in November and a five-game winning streak at the end of December.

A report from The Athletic this week signaled that the Wizards are open for business as it pertains to Rui Hachimura. It further indicated that a Hachimura trade could put the Wizards in a better financial position to re-sign Kristaps Porzingis and Kyle Kuzma, both of whom hold player options for the 2023-24 season.

With Hachimura already competing for minutes with Kuzma and 2020 first-round pick Deni Avdija, the Wizards now have what The Athletic described as a "logjam at the forward position, potentially making Hachimura expendable.

The Sports Junkies discussed a potential Hachimura trade on Thursday.

EB: Well if you're the Wiz, you definitely want to keep Kuzma and unload Rui, if you're gonna unload one of the two. In my opinion.

Bish: But you're gonna get a better return for Kuzma.

JP: But he's expressed no interest in signing an extension. So they can give him like $15 million a year and he said why would he do that.

Cakes: $15 million a year? He has a player option for $13 million that we know he's turning down. Why would he accept anything in the $15 million-a-year range?

Bish: No, he's gonna get mid-twenties.

And what does this say for the Wizards' short- and long-term plans?

JP: So they call this the middle-build strategy. The strategy was we're gonna pay [Bradley] Beal, who's making $46.7 million this season, and hopefully with Porzingis and Kuzma and some of the trades they made to bring in [Monte] Morris and these other players, it's gonna be a team that can compete. The problem is they barely played together.

Beal has missed 20 of the Wizards' 45 games this season. Hachimura has missed 16 games in his own right.

JP: So Beal's missed so many games, I think they entered last night with a 9-12 record when the guys are together, so now it's 10-12. They've played 22 games together.

The Wizards are also coming off a promising 116-105 victory over the Knicks, who are 25-21 and the seventh seed in the East.

JP: Like last night I'm watching it... cause the Knicks aren't bad. I think the Knicks are a four or five seed in the Eastern Conference, and they're playing in New York and Washington looked like they could compete with them. I don't think they're one of the best teams, they're not gonna be one of the best teams in the Eastern Conference, but why couldn't they be as good as the Knicks? If you had all these players together, you could be a five or six seed, which I'm not saying is great, but that's kind of what they were shooting for.

Cakes: Oh, if they could somehow become a four or five seed, Wizards fans I think would borderline throw a parade. They'd be overjoyed with a mid-playoff seed, as bad and mediocre as they've been the last few years. 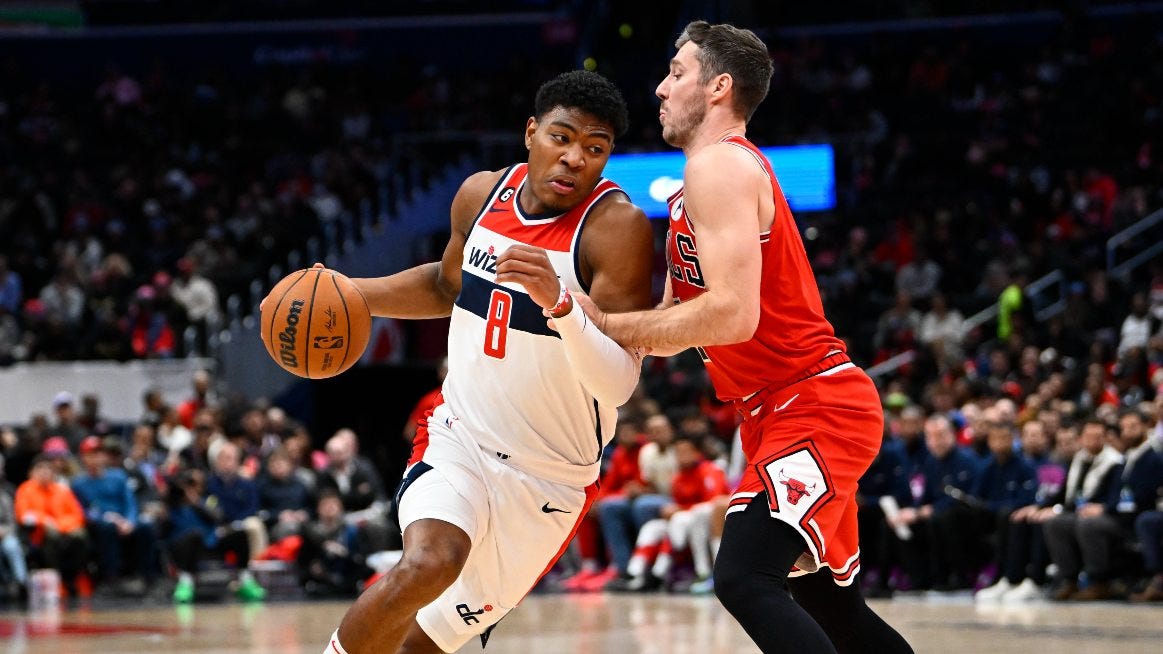