The Washington Wizards have begun discussions with other teams about trading forward Rui Hachimura, according to a report from The Athletic's Shams Charania and Josh Robbins.

Citing league sources, the report says that "several Western Conference teams in need of scoring" are interested in acquiring the Wizards' fourth-year player.

Hachimura, who will be a restricted free agent this offseason, has appeared in 28 games this season for Washington (all off the bench) and is averaging 12.9 points, 4.4 rebounds, and 1.2 assists while shooting 49.2% from the field and 34.6% from three in 24.2 minutes per game.

Hachimura, who will turn 25 the day before the Feb. 9 NBA trade deadline, has been competing for minutes with the Wizards' 2020 first-round pick Deni Avdija and along with veteran Kyle Kuzma, in what The Athletic characterized as a "logjam" at the forward position.

Kuzma has also been the subject of inquiries from other teams, per The Athletic report. In his second year with the club, he is averaging 21.6 points, 7.5 rebounds, and 3.9 assists while shooting 45.7% from the floor and 33.9% from three in 35.3 minutes per game. Kuzma has also been one of the team's most consistent scorers behind forward Kristaps Porzingis during guard Bradley Beal's injury absence.

Kuzma and Porzingis, both of whom are 27, will be unrestricted free agents after the 2023-24 season and could be targeted for Washington to re-sign.

Hachimura was selected with the 9th overall pick in the 2019 draft. He has made 175 appearances for Washington during his four years with the team and made 118 starts. 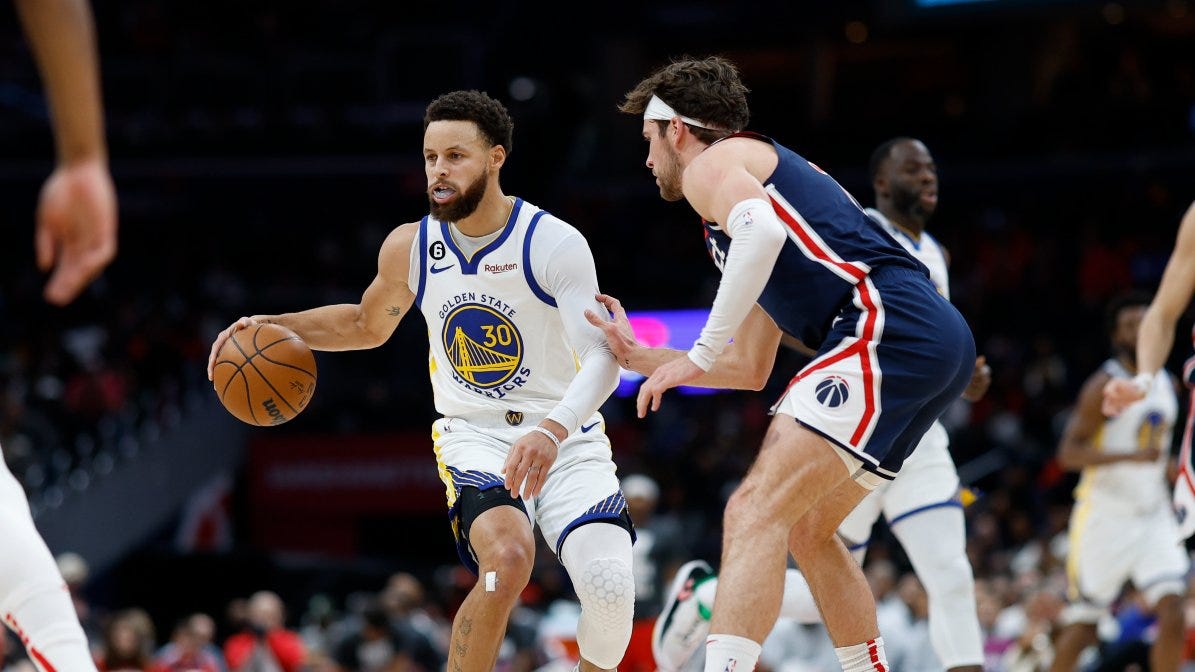