Cincinnati, Ohio (Audacy Sports/WGR 550) - Late Monday night, more than 24 hours after the Cincinnati Bengals upset the Buffalo Bills in the AFC Divisional Round, cornerback Eli Apple was still celebrating the victory with some trash-talking on Twitter.

His main subject was Stefon Diggs, mocking the Bills wide receiver and retweeting a handful of other fans trolling Diggs and the Bills. However, one tweet he posted seemed to rub many the wrong way.

After Diggs tweeted “It’s easy to criticize my reaction more than the result,” Apple quote-tweeted him with the caption, “Cancun on 3”, accompanied with the hands making a heart emoji.

Many interpreted Apple’s tweet as disrespect and mocking safety Damar Hamlin, who has been known by his teammates and the Western New York community to give the heart symbol with his hands, especially as he continues his recovery from his cardiac arrest a few weeks back.

The emoji has become closely associated with the Bills and wishing Hamlin well in his recovery. Hamlin made the gesture again on Sunday when he was shown watching the game from a suite. 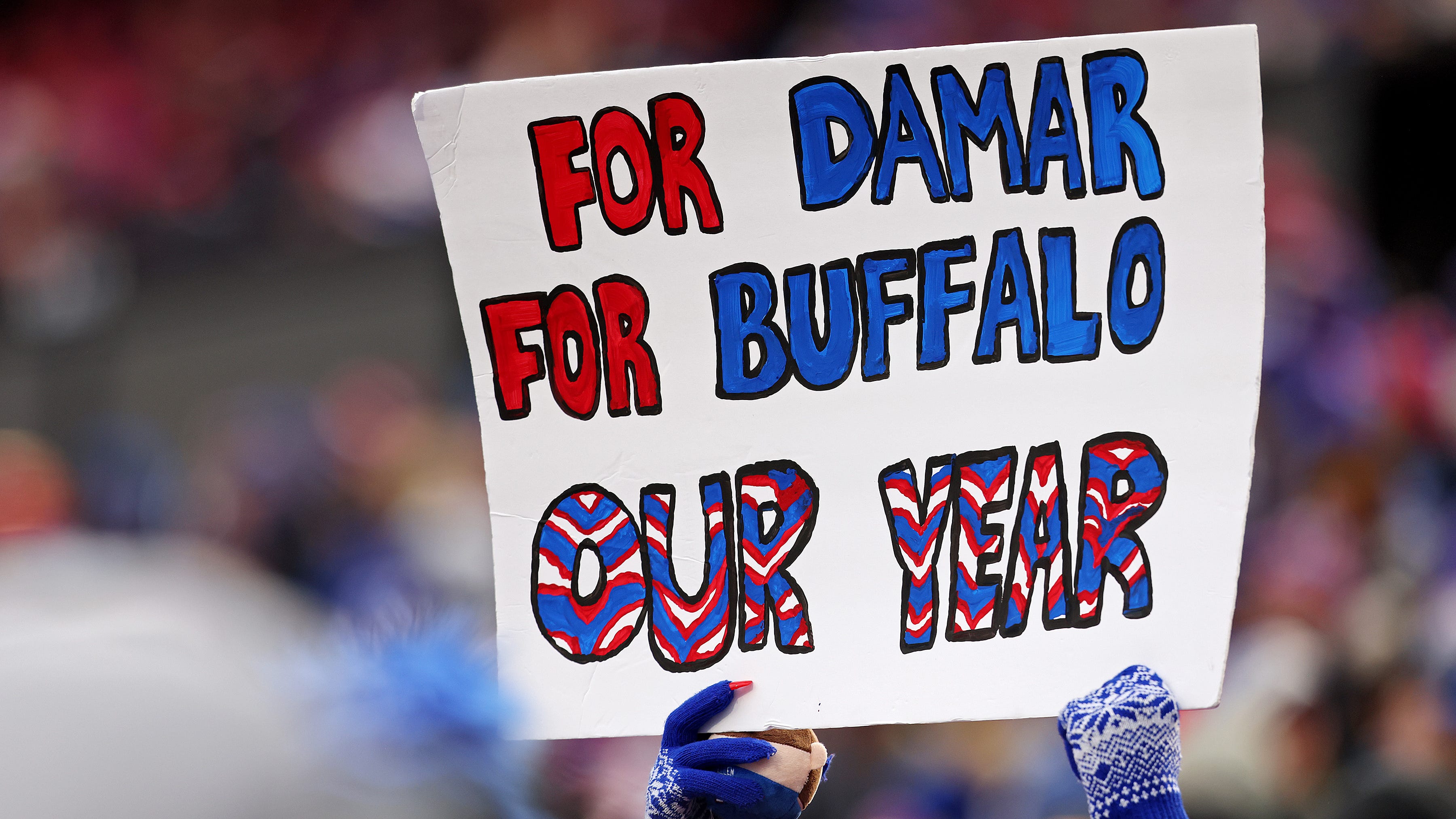 Damar Hamlin in attendance for Bills-Bengals AFC Divisional Round matchup

Bills defensive end Shaq Lawson appeared to be among those who believed Apple was, indeed, disrespecting Hamlin with the emoji.

You played a good game @EliApple but disrespect my boy @HamlinIsland situation that shit get you beat up frfr. Keep it on the field.

About half an hour after Lawson tweeted that, Apple sent out another tweet saying he would never make light of such an unfortunate situation.

All love thoughts prayers and concerns to @HamlinIsland as he continues to recover from that tragic incident. Never would I make light of that scary unfortunate scene. This game is truly a dangerous risk to our bodies mind and spirit. Nothing but love to all my football brothers

This is not the first time Apple has found himself in the center of attention among fans on social media. Last year, after defeating the Tennessee Titans in the AFC Divisional Round, Apple blasted the fan bases of the New York Giants and New Orleans Saints — his two previous teams.

That did not bode well for him later when Los Angeles Rams wide receiver Cooper Kupp dominated him in the Super Bowl, leading to “burnt toast” memes to describe Apple’s play, some of which came from other players in the league.

With Apple going up against a dynamic Chiefs offense led by Patrick Mahomes, his critics will be quick to pounce on the first mistake he makes in the AFC Championship Game.

Then again, Joe Burrow is 3-0 against the Chiefs, and the Bengals beat them at Arrowhead Stadium last year. So Apple could walk out with the last laugh if the Bengals are victorious.