Obviously some drafts for us come closer to perfection than others. Every player has had that feeling of being “sniped” when your buddy grabs that one guy you’d been hoping would fall to your next pick, or knowing that you need a tight end here, only to see four or five go in a row right in front of you.

Therefore, in a “perfect draft”, you would be able to avoid those pitfalls. While they can’t always be avoided, there are things you can do to help your odds in avoiding them.

You want to make sure you know your league’s format – right down to the smallest details.

Is it a Point-Per-Reception (PPR) league? Don’t be the guy who asks that question halfway through the draft. Are we starting two wide receivers or three, and how many flex positions are there? The more starting positions there are, the more separation there will be in your league. Good teams in big-lineup leagues have a better chance of winning, and in turn, the poorer drafts get punished.

Some leagues put limits on positions. If you’re in a Superflex draft and there’s a three-quarterback limit, make sure you don’t get stuck with an NFL non-starter on your squad; one injury to one of your top-two quarterbacks and you’ll be scrambling all year.

(This burned me in one league last year. My quarterbacks were Jalen Hurts, Russell Wilson, Jameis Winston and Trey Lance. I thought I was covered. Lance hardly got on the field, and when Wilson and Winston went down, I ended up having to start a non-quarterback in that Superflex position week-after-week. The season got away from me. If you wondered whether it was possible to lose last year having Jonathan Taylor and Ja’Marr Chase on a roster, look no further than this team. It finished 9th out of 12.)

Fantasy analysts love to debate whether a certain “build” of a roster is best. Load up on running backs early? Take one then pound receiver, leaving RB2 for the mid-rounds? Or how about “Zero RB”, loading up on the most elite receivers and taking chances at running back later?

In the end, there’s no one right way. You can win lots of different ways. (Be wary when someone gives you that line though, “there are lots of ways to win”. That’s code for “I don’t like your team and it probably will lose.”)

So then, getting back to the point, what is “perfect”? For me it can’t require certain players. There’s too much uncertainty in the game for that. You might be fully confident in, say, Stefon Diggs to have a monster season for the Bills. Odds on that are good, and if you draft Diggs late in the first round, you’ll be psyched.

But as any experienced player never loses sight of, injuries happen, roles change, players get old before our eyes. You really never know.

There are no sure things, but there are good strategies. Let’s discuss a few here.

We’ll give our imaginary league a common format: 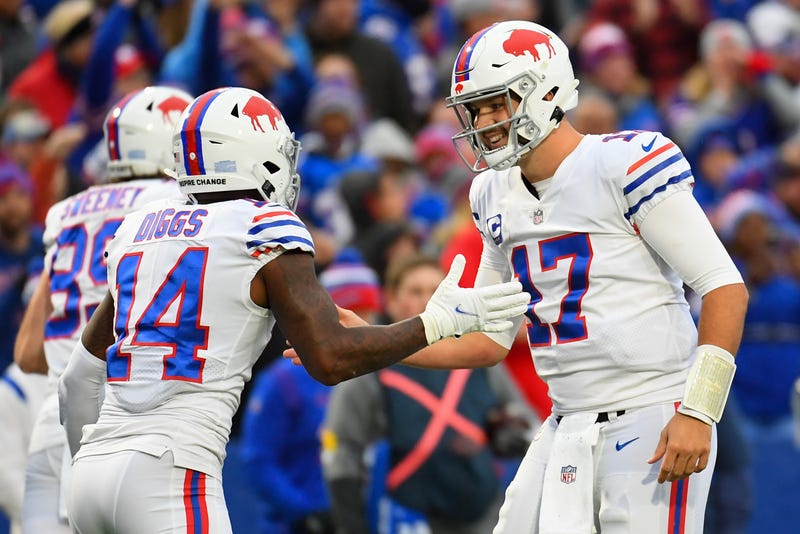 Don’t overdo it on one team

In a tournament, where in the end you’re hoping to beat hundreds or even thousands of teams, “stacking” or rostering 3-4 players from the same NFL team is common, and I’d say best practice. Your fate rides on having to crush one week late in the year, so better for your chances to build stacks where you need one team or game to explode.

It’s for these tournaments that we’ve memorized the Week 17 schedule and have been trying to fit Bills with our Bengals or Rams with our Chargers, for example. In your league, the goal of making the playoffs is the same, but after that, it’s only a couple of head-to-head wins between yourself and first prize.

In a regular league, I don’t care about stacking much at all. Sure, there can be upside if you’re running with one of the league’s best quarterback-wide receiver combos. Josh Allen and Diggs, for instance.

The thing to avoid, though, is “reaching” on that quarterback to achieve your stack. In your draft, you’re going to see Allen go in the third round at the latest. And if you take Diggs at, say, 1.10, and it’s Allen you want, I bet you don’t wait until Round 3. So you take him at 2.03.

This is bad, in my opinion. You’re passing up premium players at the other positions to pounce on Allen. I’ll go ahead and draft my quarterback much later and have you beat at running back and wide receiver, as you’ll be chasing me for several rounds.

Stacks aren’t bad necessarily, but never strain for them. 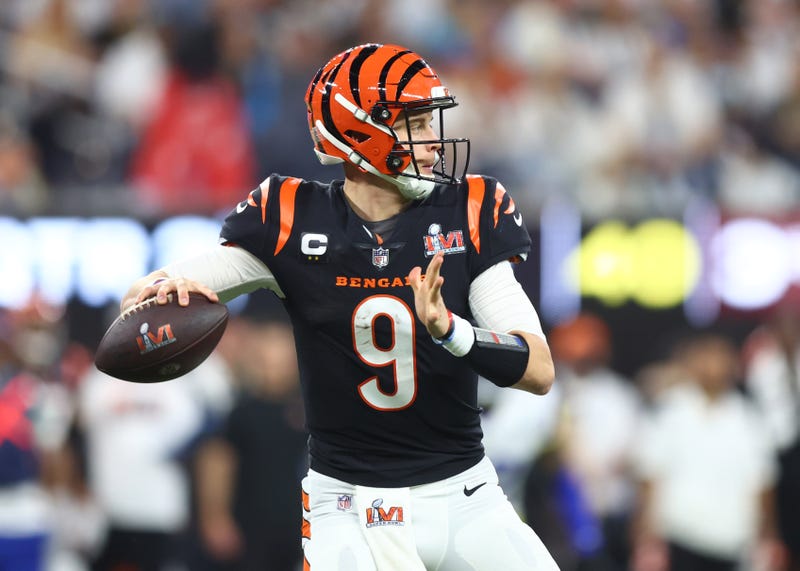 Many players seem to live by this strategy – draft the starting lineup out first, then fill out the bench. We don’t care about that.

For one reason, too much will change during the season to think that your original starters will remain your starters. Make a note of whether you end up starting the same players Week 2 from Week 1. As much as we may think we know about the upcoming season, there’s a lot that we don’t!

What position then to wait on? That varies in every draft.

I think it’s good practice in general to wait on quarterbacks, but there are only a half-dozen or so that can offer super high-end production. Tight end is similar except for there being a much greater drop-off from the top guys to the middle, to the bottom.

After that, some drafts offer you value at running backs, while others do the same at receiver. It just depends on what your other league-mates are into.

I go into drafts waiting on them to dictate for me where the value is. The more times other drafters reach on guys, the better the opportunities there are for me to get value. And sure, sometimes that way you’re going to have four or five receivers before your second running back.

Not only is that not a problem, it’s usually a sign that value is falling to you time-after-time in your draft. If this happens to you, congratulations, you’re the league favorite. 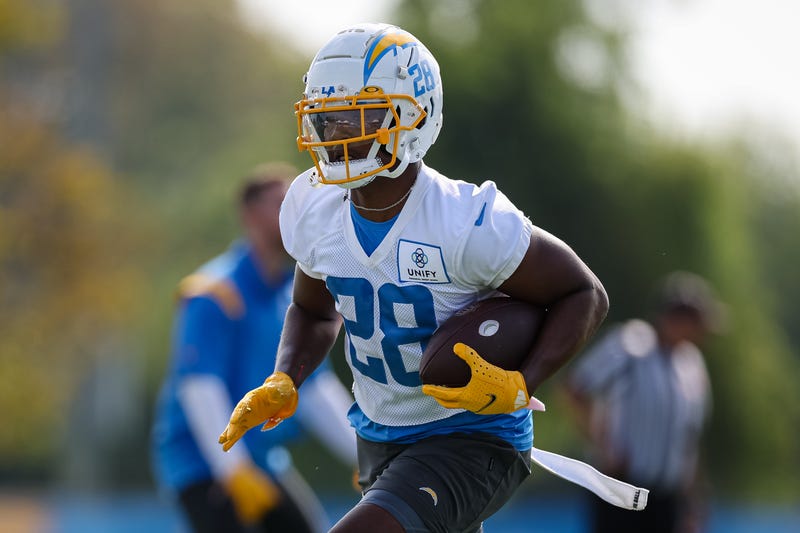 Stay solid through two-thirds, then start rolling the dice

Say you’re drafting 18 rounds. While you knew not to force your starting lineup into your first eight picks, pretty likely that through 12, you’ll have it. If you did it smartly, never reaching on stacks or “favorite players”, you’ll be in great position to compete for your title.

In this scenario, not only can you afford to “gamble”, in my opinion, that’s exactly what you should do. That spreadsheet you were using with average draft position on it, the information that got you here… when you get to the final rounds, you can throw it out.

We’re looking for players with opportunities on great offenses, players who might be one injury away from a huge role. Analyst projections are based on expected opportunity and are not what we need when we’re hunting for this type of player.

One good example, for me, this year is Los Angeles Chargers rookie running back Isaiah Spiller. His projected volume isn’t going to be much playing behind Austin Ekeler. But a few things are in your favor here.

Spiller was a fourth-round draft pick this year – enough of an investment to take seriously. The Chargers’ other backup running back have really struggled, likely the reason behind the pick. Ekeler is great, but not big; an injury risk is there. (Yes, it’s always there.)

Camp reports have been positive for Spiller. And best of all, he costs only a late-round pick. Your league-mates aren’t drafting him, because by projections, he’s way down on the list!

If you get those first 12 rounds right, this is exactly the kind of pick you want to be making near the end, and it doesn’t matter hardly at all in what round you make it.

Good luck out there!