Buffalo, N.Y. (WGR 550) – The Buffalo Sabres were able to pull out a shootout win in Detroit on Wednesday over the Red Wings, and now they come home to take on the defending Stanley Cup champion Colorado Avalanche on Thursday.

Colorado was sitting in Buffalo waiting for its arrival back to town.

The win over the Red Wings was such a weird one to talk about. For 45 minutes, the Sabres were assertive in how they played. They got up 4-1 thanks to two even-strength goals, a shorthanded goal and a power play goal.

Buffalo got fantastic goaltending from Craig Anderson, as he made 26 saves over 40 minutes. Late in the second period, he came across the crease and robbed Dominik Kubalik with the glove.

The only goal Detroit had scored was at 1:20 of the first period when Jonatan Berggren beat Anderson with a screen shot.

Just over three minutes later, Dylan Cozens was killing a penalty and Anderson whipped a puck up the left wing wall that reached Cozens in the neutral zone. Cozens wins the race and the battle with Lucas Raymond, and the game was tied at 1-1.

A few minutes later, Mattias Samuelsson comes in down the right wing and lets a wrist shot go that ties up Alex Nedeljkovic. After 64 career games in the NHL, Samuelsson finally had his first goal.

Cozens and Jeff Skinner gave the Sabres a three-goal lead after two very good forechecks. The team was buzzing, but all of a sudden, they weren’t.

At 6:51 of the third period, Anderson let David Perron’s shot go through him and Detroit totally had the Sabres on their heels. It took the Red Wings just 5:40 to score three goals to tie the game at 4-4.

However, Anderson made some great saves, Buffalo cleared the zone a few times and they got through it. The horn sounded to end regulation, and the Sabres used the momentum from the penalty kills to hold the puck for almost the whole overtime.

Cozens almost won it when he put a puck off of Nedeljkovic’s head, which then hit the post.

Anderson made 41 saves in the game, but just one in the shootout because Perron and Dylan Larkin both hit the post. Jack Quinn had the last shot in Round 3, and he put a move on that had Nedeljkovic lying on his back by the time he was done.

Since Anderson played on Wednesday, it’s likely that Ukko-Pekka Luukkonen will get the call in goal on Thursday. He’s 1-1-1 this season with a 3.95 goals-against average and an .857 save percentage.

Buffalo’s four shorthanded goals are tied with five other teams for tops in the NHL.

Something to watch in Thursday’s game is the Sabres' top-four defensemen played a lot in Detroit. Owen Power played 26:49, Rasmus Dahlin went 26:24, Henri Jokiharju played 25:51 and Samuelsson was on the ice for 24:29.

During and after a penalty kill, Samuelsson and Jokiharju had a shift of 3:01, but found a way to get through it.

The defending champs come into the game with two losses in three games. Colorado lost in Winnipeg on Tuesday, 5-0. In their last 11 games, Colorado is 8-3-0.

Despite winning the Stanley Cup, Colorado wanted to try to upgrade their goaltending, so they got Alexandar Georgiev from the New York Rangers. He’s done pretty well, as most goalies do with that kind of team in front of them. He’s 10-3-1 this season with a 2.48 goals-against average and a .926 save percentage, which is fifth in the NHL.

Colorado captain Gabe Landeskog had knee surgery in October and is expected to miss 12 weeks.

Since they moved to Colorado, the Avalanche are 11-5-2 in Buffalo.

Join Brian Koziol and myself for pregame coverage on The Bet 1520 at 6 p.m. EST when you’ll hear from head coach Don Granato and Samuelsson. 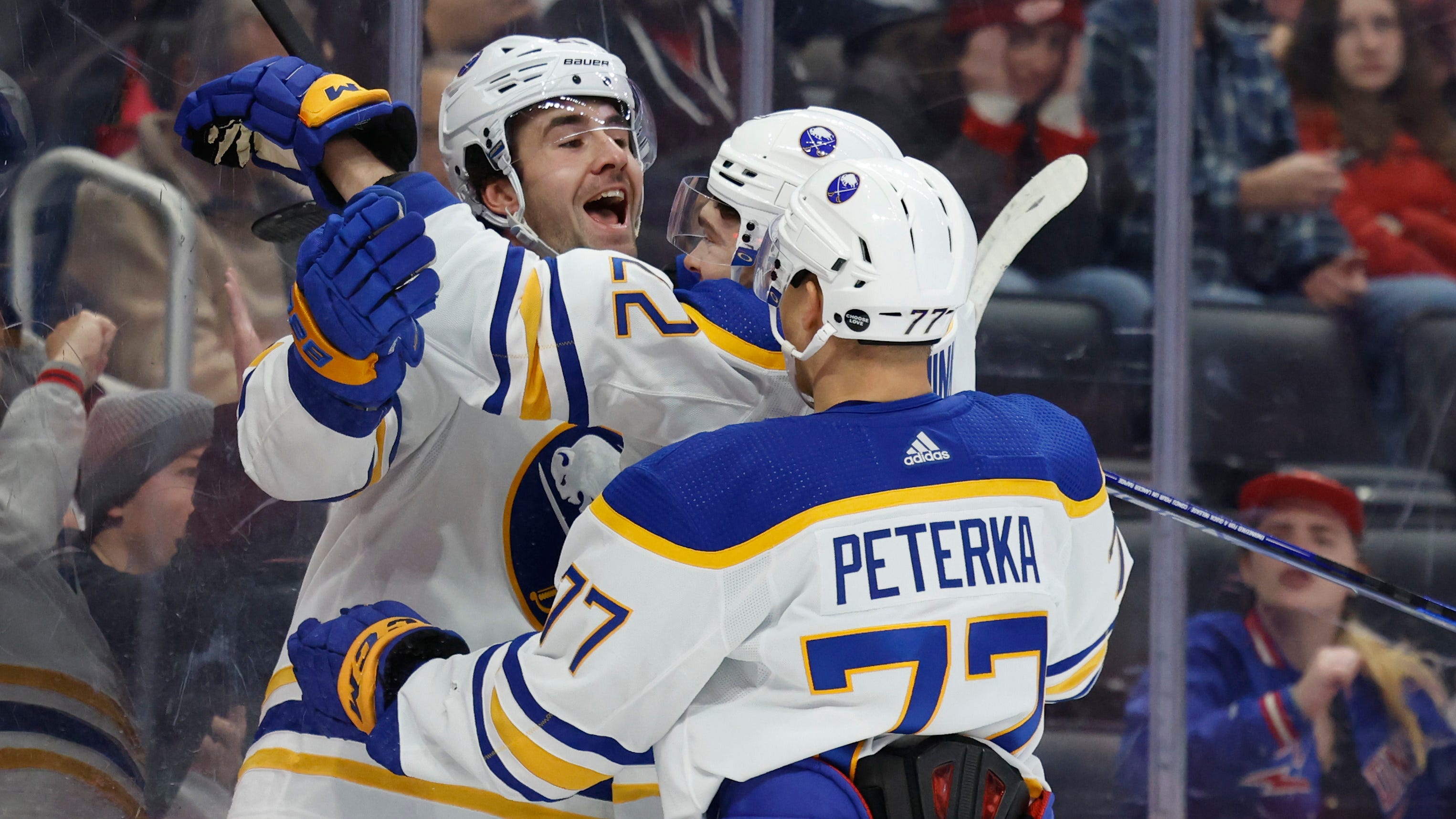 Photo credit Losi and Gangi
We strive to be a platform where varying opinions may be voiced and heard. The views, thoughts, and opinions expressed by the author(s) of this article and/or by those providing comments are theirs alone, and do not represent those of Audacy, Inc. We are not responsible for any damages or losses arising from this article and/or any comment(s).
Featured Image Photo Credit: Rick Osentoski - USA TODAY Sports