Buffalo, N.Y. (WGR 550) – Henri Jokiharju will return to the Buffalo Sabres lineup on Tuesday after missing 11 games with a facial fracture. That means Casey Fitzgerald will be sitting out on the back end.

Riley Sheahan and Anders Bjork were called up from the Rochester Americans on Tuesday. Sheahan will play his first game with the Sabres this season after picking up no goals and three assists in six games with the Amerks. Sheahan will center Rasmus Asplund and Vinnie Hinostroza.

Both he and Jokiharju should help the Sabres penalty kill, which is currently 27th in the NHL.

The Sabres will try to break a five-game losing streak with the Vancouver Canucks in town on Tuesday night.

Craig Anderson will play in his second-straight game. He’s 3-2-0 this season with a 2.40 goals-against average and a .922 save percentage.

Anderson and the Sabres played a good game against the Boston Bruins on Saturday, but still lost to one of the top two teams in the NHL. You would think if the Sabres continue to play like that, they will start winning some games again.

It doesn’t help that the whole team, with the exception of Tage Thompson, have gone into scoring slumps. Thompson has four goals in three games, and 10 goals in eight games. Thompson is fourth in the league with 11 goals this season.

Jacob Bryson had a real nice start to the season, but he has hit a really bad rough patch in the last four games, where he’s been minus-9.

By the way, I was just looking up the bottom of the plus/minus rankings in the NHL and found Ryan O’Reilly is third worst at minus-12. Only Alex Ovechkin and Jordan Kyrou are worse. 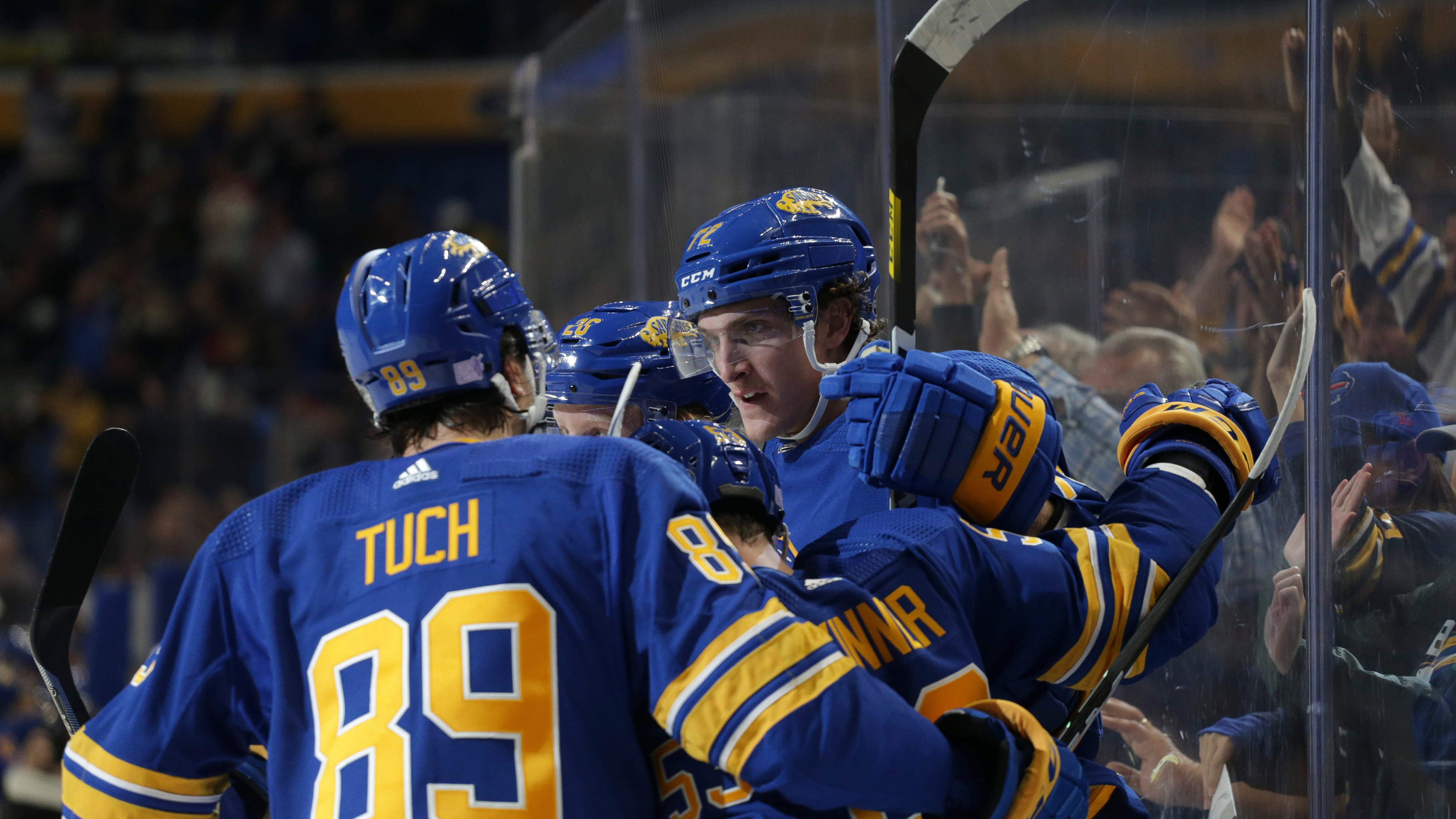 LISTEN: Granato: We have not lost any confidence despite five-game losing streak

When the Sabres won in Vancouver back on Oct. 22, 5-1, the Canucks had lost five in-a-row coming in. This time, Vancouver is on a three-game skid.

Spencer Martin gets the call in net for the Canucks on Tuesday. He’s 3-1-1 this season with a 3.38 goals-against average and a .902 save percentage.

Martin is 27-years-old and bounced around the minor leagues after the Colorado Avalanche took him in the third round of the 2013 NHL Draft. He played three games with the Avalanche, and has 11 career games with the Canucks.

Captain Bo Horvat is having a nice season with 13 goals and 17 points in 16 games. His 13 goals are second behind Connor McDavid, who leads the NHL. He's also one point behind the team's leading scorer Elias Pettersson, who has six goals and 12 assists.

Vancouver’s penalty killing is worse than the Sabres, as its dead last in the NHL.

Buffalo didn’t score a power play goal for the first time in nine games against the Bruins. The Sabres are eighth in the league on the power play, while Vancouver is fifth.

Join Schopp and the Bulldog for pregame coverage on WGR starting at 6 p.m. EST when you’ll hear from Granato, Sheahan, Jokiharju and Vinnie Hinostroza.