(WGR 550) – All indications from the morning skate in Toronto are that Ukko-Pekka Luukkonen will play his first game this season for the Buffalo Sabres against the Maple Leafs.

Luukkonen was called up Thursday after Eric Comrie was hurt in Ottawa against the Senators. Luukkonen has played 13 career NHL games, going 3-8-2 with a 3.08 goals-against average and a .913 save percentage.

Last season, Luukkonen had five games where he gave up two goals or less, but he lost four of them because the team couldn’t score goals when he was in the net. 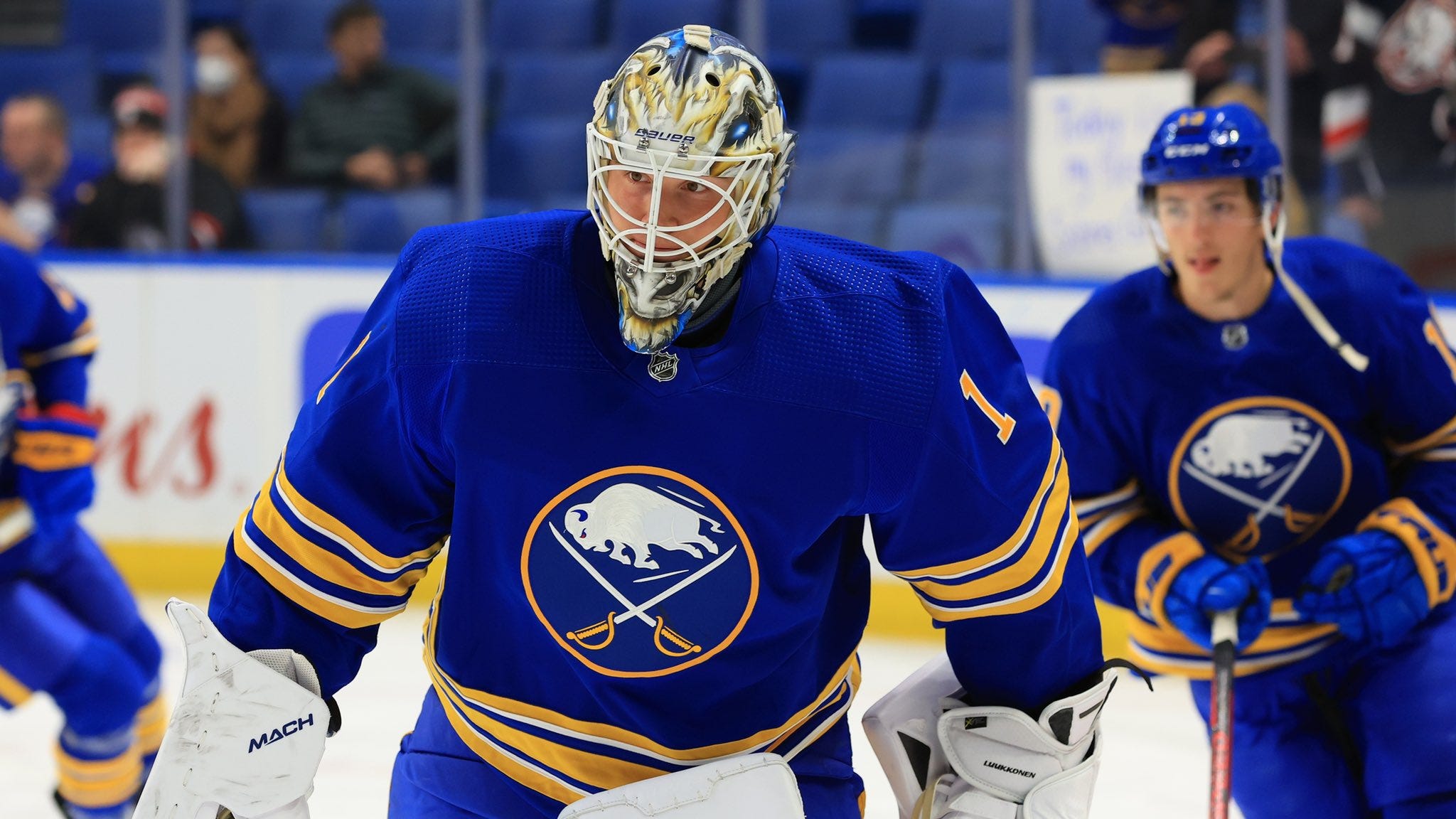 Ukko-Pekka Luukkonen looking forward to getting some NHL games

What makes this losing skid even worse is the Sabres have gone from sixth in the NHL to 27th, losing to three of the worst teams in the NHL. The Senators and Arizona Coyotes are tied for 29th in the league, while the Vancouver Canucks have gone ahead of the Sabres at 26th.

Jack Quinn will return to the lineup after missing two games due to injury. Both Zemgus Girgensons and Kyle Okposo are out day-to-day, and will be re-evaluated on Monday.

In the seven-game losing streak, Victor Olofsson has gone silent with just one goal and no assists.

Granato keeps saying the Sabres are scoring goals in this stretch, but that actually isn’t the case. Buffalo is 28th in the league during this stretch, scoring just 2.43 goals per-game.

As I’m sure you can guess, Buffalo is dead-last in goals-against in the last seven games, giving up a whopping 4.71 goals per-game.

The penalty killing in the last seven games has been horrendous, as Buffalo has only killed a league-worst 63.6% of their penalties. The best teams during this stretch have been the Winnipeg Jets and Florida Panthers at 91.7%.

The Leafs come in with two wins in five games, and are 10th in the NHL with a points percentage of .611. Believe it or not, Toronto is tied for 23rd in the league in goals-for with the Washington Capitals and San Jose Sharks.

Auston Matthews doesn’t even lead his own team in scoring or goals. Mitch Marner is Toronto’s leading scorer with four goals and 16 assists for 20 points in 18 games. The Leafs' leading goal scorer is John Tavares with nine. Matthews and William Nylander have eight.

Matt Murray will play his third-straight game after getting hurt just after opening night. He’s 1-1-1 this season with a 3.01 goals-against average and a .903 save percentage.

Join Brian Koziol and me for pregame coverage on WGR starting at 6 p.m. EST when you’ll hear from Granato, Luukkonen and JJ Peterka.