When the Golden State Warriors restored their dynasty during the NBA Finals back in June -- becoming the first team since the 1990s Chicago Bulls to win four championships across an eight-year span -- veteran instigator Draymond Green proved that villains are capable of getting the last laugh. In six dramatic games against the Boston Celtics, the 32-year-old played with toughness and anger, and his behavior, on and off the court, sparked the ire of Boston fans.

As if winning wasn't enough to hush a dejected Celtics crowd during Game 6, Green trolled the fanbase afterward, adjusting a promotional Boston shirt that featured a blank 18th championship banner. Green has long embraced his role as a league heel, wearing it as a badge of honor. The only question is, is there any other NBA player who possesses the traits that Green flaunts? According to Green, the answer is yes. And he's noticed his style in a budding superstar.

"The young player who reminds me the most of me as a young guy -- that's a good one. I'm one of one, no carbon copies," Green said in the latest episode of his podcast. "But if I had to pick one guy who reminds me of me, I'm going to have to go with, in a much different way, Ja Morant. I ain't bowing down to none of y'all -- I don't care about what you've accomplished before I got here.

Draymond Green explains why Ja Morant is the young player that reminds him the most of himself.

"That has absolutely nothing to do with it. I believe in myself and my abilities. And I'm going to show you that. I'm going to lead. I'm going to talk to you, let you know about it while I'm doing it. I want to carry others with me. And most importantly, I'm going to do it my way. And all of those things, I see Ja Morant do. Now does that mean Morant and me are the same player? We're nowhere near the same player. But, that's who reminds me a lot of me."

Morant, who received the NBA's Most Improved Player award, resembled an MVP-caliber talent this past spring. Although his Memphis Grizzlies dropped their West semifinal series to the Warriors, the phenom became just the third player in NBA history to record multiple 45-point games in the playoffs before turning 23. Morant averaged 27.4 points with 6.7 assists and 5.7 boards during the 2021-22 campaign, and he responded to Green's high praise on Twitter. 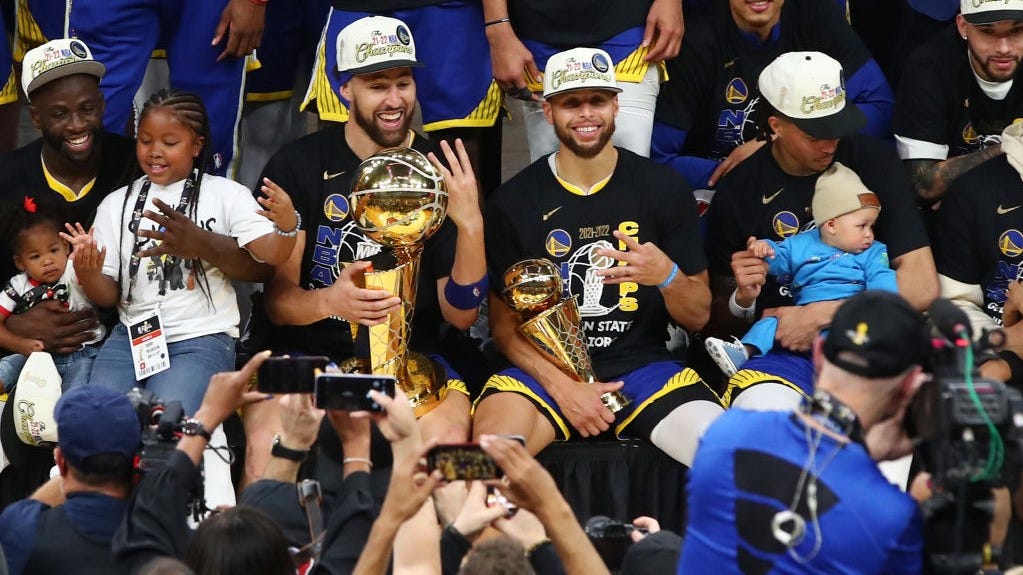