It's only three games into the 2022 NFL season, and already the calls for Mitch Trubisky to be replaced as starting quarterback of the Steelers are deafening.

In his team's loss to the Browns on Thursday Night Football in Week 3, the 28-year-old, six-year veteran was underwhelming once again, throwing for 204 yards and no passing touchdowns against a Cleveland defense that had previously been burned by the likes of Baker Mayfield and Joe Flacco.

After a promising first half in which the Steelers scored 14 points, the offense was stuck in neutral for much of the remainder of the night. Pittsburgh punted five times in the game -- three of which came after three-and-outs in the second half. 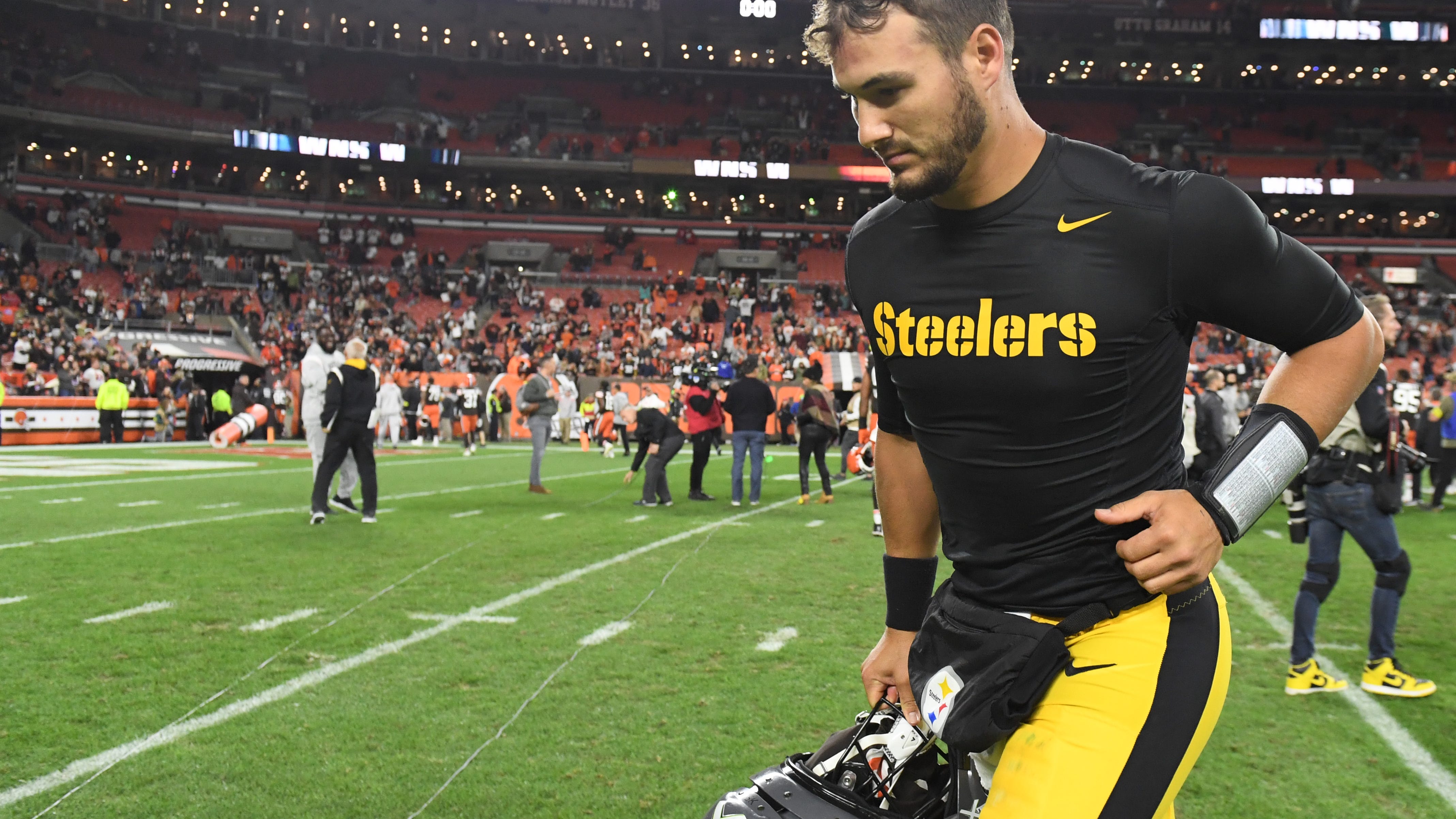 Steelers sticking with Trubisky over Pickett is 'completely absurd and irrational'

For many journalists and fans watching the game, Trubisky's underwhelming performance was occasion to call for the promotion of rookie backup Kenny Pickett into the starter's role -- though head coach Mike Tomlin said after the game that a shakeup would not be coming.

What pisses me off most is that if you were committed to redshirting a rookie QB, you didn't need to spend $5mil on Trubisky. Stopgap QB was already in house & no worse than this guy. And you could've used that $5mil to add to your OL investment.

Trubisky was a wasted signing.

Give me Kenny Pickett.

The OLine improved and yet the offense laid an egg

I’m laying all the blame on Matt Canada and Mitch Trubisky. The biggest issues

Mitch Trubisky said on Amazon pregame that he needs to earn the trust of the offensive coordinator before he’s allowed to audible. Earn the trust? WTF. If you don’t believe in Mitch enough to change the play based on what he sees, why is he playing?

Matt Canada my brother in Christ. If my dumb ass sitting at home can predict that Claypool in motion means a jet sweep is coming then I’m pretty certain NFL defenses can too

I really don’t want people losing their jobs, but there is absolutely no place for Matt Canada in the NFL.

Social media being what it is, some simply wanted to dunk on Trubisky, the former No. 2 overall draft pick of Bears:

Appears that Mitch Trubisky’s rehab stint in Buffalo did NOT, in fact, magically make him a good quarterback.

Trubisky is the worst starting qb in the league

Mitch Trubisky is getting paid millions to be garbage, life is not fair.

An NFL team wanted Mitch Trubisky to be their starting QB so bad they moved up from #3 to #2 to get him.