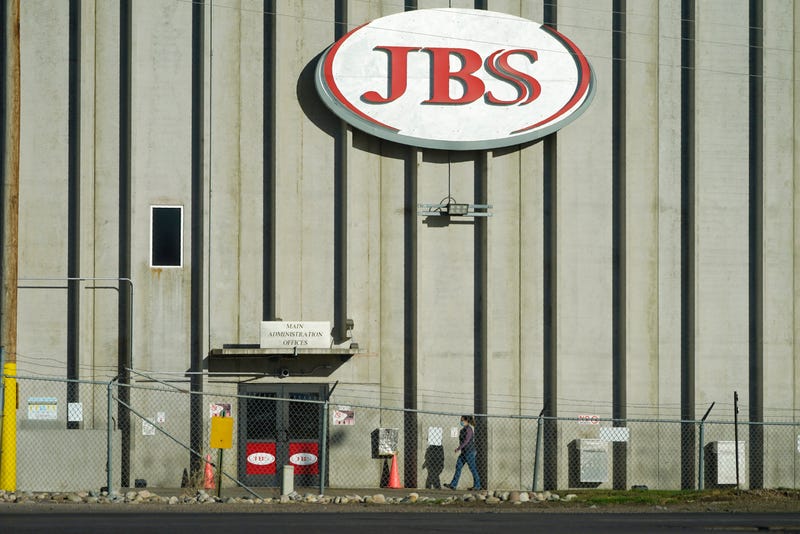 A worker heads into the JBS meatpacking plant in Greeley, Colo. A weekend ransomware attack on the world’s largest meat company is disrupting production around the world just weeks after a similar incident shut down a U.S. oil pipeline. Photo credit David Zalubowski/AP Photo, File
By Mike Dougherty, KYW Newsradio and The Associated Press

PHILADELPHIA (KYW Newsradio) — Meatpacking plants, including one in Montgomery County, are getting back to work after production was disrupted by a weekend ransomware attack. It came just weeks after a similar attack shut down a major U.S. oil pipeline that runs through the region.

JBS, a global meat processor based in Brazil, has 84 plants in the United States — including one in Souderton, Pa. The company says the incident should not have a major impact on food supply, and the vast majority of its systems will be back up and running Wednesday.

“Our systems are coming back online and we are not sparing any resources to fight this threat,” Andre Nogueira, CEO of JBS USA, said in a statement.

Tech expert Ian Sherr, an editor at CNET, says the company was better prepared to handle this than the Colonial Pipeline was last month. 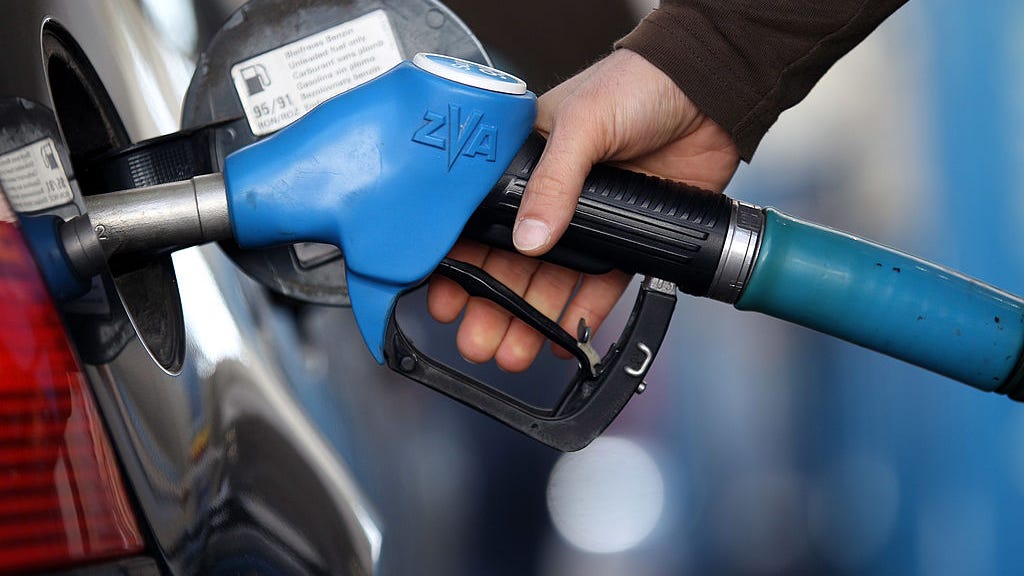 "The fact that JBS was able to bring its systems back online so quickly is a good reminder of what good cybersecurity planning can do. The company said that it had systems in place to protect itself, including backups, which is the key to solving a lot of these issues," Sherr said.

Earlier this week, the White House said JBS had notified the U.S. of a ransom demand from a criminal organization likely based in Russia. White House principal deputy press secretary Karine Jean-Pierre said the White House and the Department of Agriculture have been in touch with the company several times this week.

JBS is the second-largest producer of beef, pork and chicken in the U.S. If it were to shut down for even one day, the U.S. would lose almost a quarter of its beef-processing capacity, or the equivalent of 20,000 beef cows, according to Trey Malone, an assistant professor of agriculture at Michigan State University.

However, Joe Kearns, president of consulting company Partners for Production, says he does not expect to see any meat shortages.

"I would say a three-day interruption might be an inconvenience, but it's not going to be a disaster," he said. "I probably stretch that out into a week type of time frame."

JBS, which has not stated publicly that the attack was ransomware, said the cyberattack affected servers supporting its operations in North America and Australia. Backup servers weren’t affected and it said it was not aware of any customer, supplier or employee data being compromised.

JBS says it was able to make shipments from nearly all of its facilities on Tuesday. 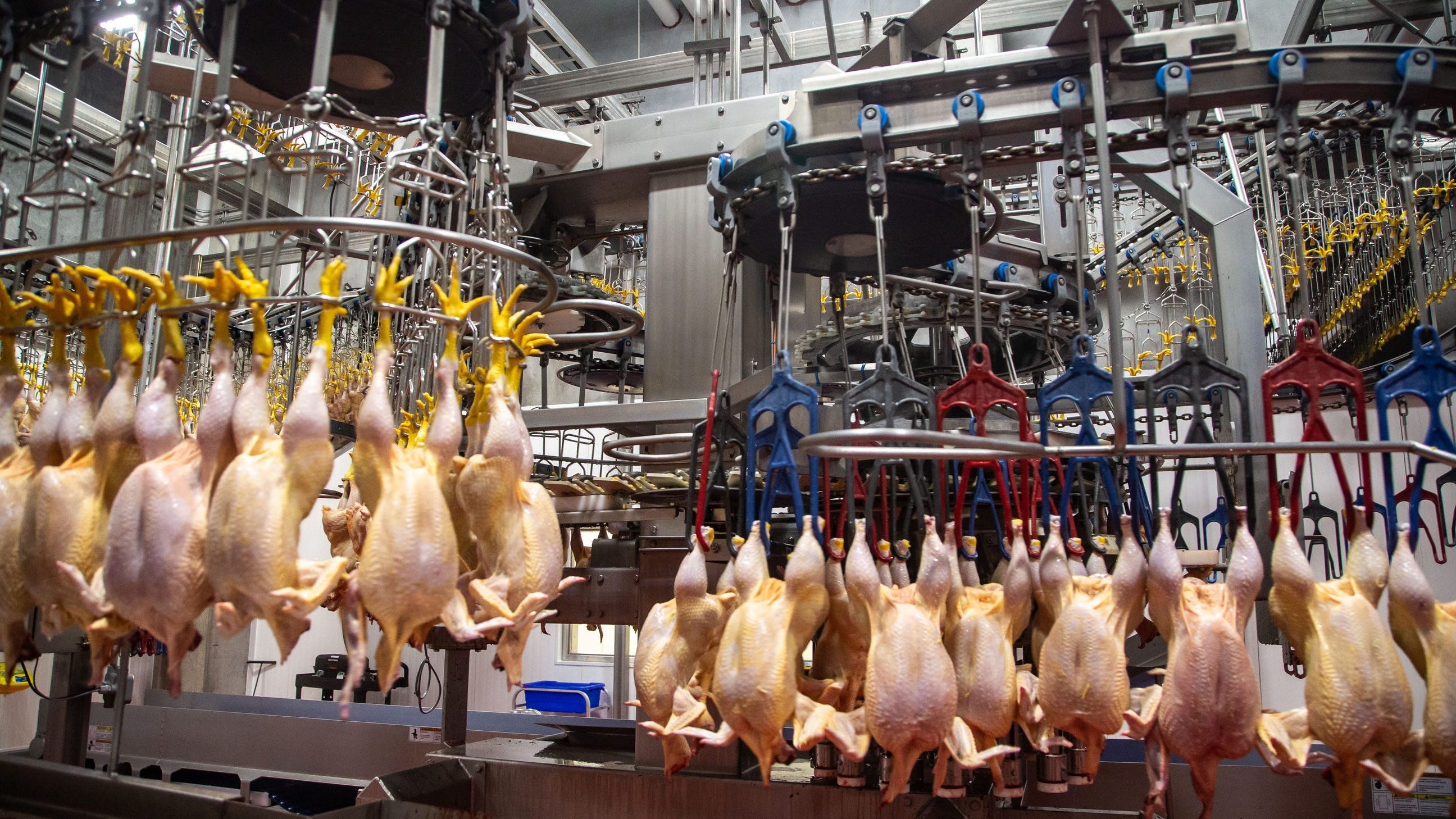 Even before the attack, U.S. meat prices were rising because of coronavirus shutdowns, bad weather and high plant absenteeism. Malone said the disruption could further raise meat prices ahead of summer barbecues. The U.S. Department of Agriculture estimates beef prices will climb 1%-2% this year, poultry as much as 1.5% and pork 2%-3%.

Jean-Pierre said the White House “is engaging directly with the Russian government on this matter and delivering the message that responsible states do not harbor ransomware criminals.” The FBI is investigating the incident, and the Cybersecurity and Infrastructure Security Agency is offering technical support to JBS.

In addition, USDA has spoken to several major meat processors in the U.S. to alert them to the situation, and the White House is assessing any potential impact on the nation’s meat supply.